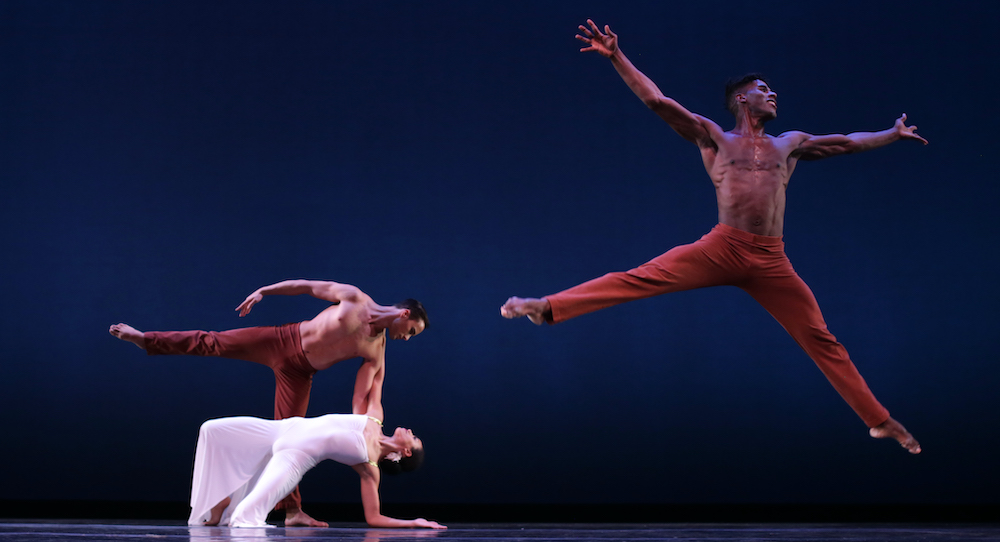 The Martha Graham Dance Company’s Studio Series offers audiences a behind-the-scenes look at the work of the Company in the intimate Martha Graham Studio Theater. In addition to GrahamDeconstructed, which offers audiences an opportunity to view the great Graham works up close and to hear about the artistic and historical context of their creation from Artistic Director Janet Eilber, and NEW@Graham, which provides audiences with a look inside the creative process of new works commissioned by the Company, the 2022–2023 series will include GrahamGatherings, a new event featuring conversations with choreographers, writers, filmmakers and other leaders in the dance community.

The 2022–2023 Studio Series will take place in-person at the Martha Graham Studio Theater. Tickets are $30 (general)/$20 (students). Studio Series subscriptions are $144 for the full season/$80 for half season, and include VIP seating for all events. Those unable to attend in-person can purchase tickets to livestreams for $25, with the option to watch for seven days after each event, or join the Company’s digital membership for $20/month, which includes every Studio Series livestream and much more. Tickets can be purchased at www.marthagraham.org/studioseries.

GrahamGathering: In conversation with Kathryn Roszak | Living the Change: Revolution/Evolution of Women Leaders in Dance

A conversation about leadership in dance — both historic and current — comparing the trajectory of women leaders in classical ballet to those involved in the creation of modern dance. Moderated by Kathryn Roszak, artistic director of San Francisco-based Danse Lumière, the evening will also include a look at Janet Eilber’s leadership of the Graham legacy as she marks the 50th anniversary of joining the Company as a dancer. Proceeds from this event benefit the Martha Graham School.

The evening will focus on the geometry of this modernist work from 1948 in order to appreciate the complex play of memory and emotion embedded in its design. Using danced excerpts as illustration, Janet Eilber will dissect the intricate structure of this dance. The evening will conclude with a complete performance of the work.

Described in advance publicity as “A major biography — the first in three decades — of one of the most important artistic forces of the twentieth century, the legendary American dancer and choreographer who upended dance, propelling the art form into the modern age, and whose profound and pioneering influence is still being felt today.” The evening will include passages from the book read by the author and illustrated with dancing by members of the Company.

Martha Graham Dance Company’s acclaimed second company will present a special holiday performance that is good for all ages.

A rehearsal showing of a new work for the Company by evocative choreographer Annie Rigney, whose new work explores the body as an ecosystem. The evening will include a conversation with the choreographer as well as comments from the dancers who have been part of the creative process.

GrahamGathering: In conversation with Josefina Lyons | Defining Beauty in the World of Dance

This event will include a screening of the documentary Revival by New York City-based filmmaker Josefina Lyons. The film involves dance, aging, and community and features venerable Graham Company alumni Ellen Graff, Marnie Thomas Wood and Stuart Hodes, along with renowned artist George Faison. The documentarian and several of the performers will participate in the conversation.

A conversation with the dynamic choreographic team Baya & Asa as they complete a new work for the Graham Company just a few weeks before its premiere. A rehearsal showing of this work-in-progress will be part of the evening.

GrahamDeconstructed: Every Soul is a Circus

Notable for being the first dance in which Graham choreographed the workings of the mind, this comedic work takes us into the imagination of a self-absorbed woman who sees herself as the star of the circus. The event will include an insider look at elements of the choreography as well as a complete rehearsal run of the dance.

For more information about the Company, visit www.marthagraham.org.