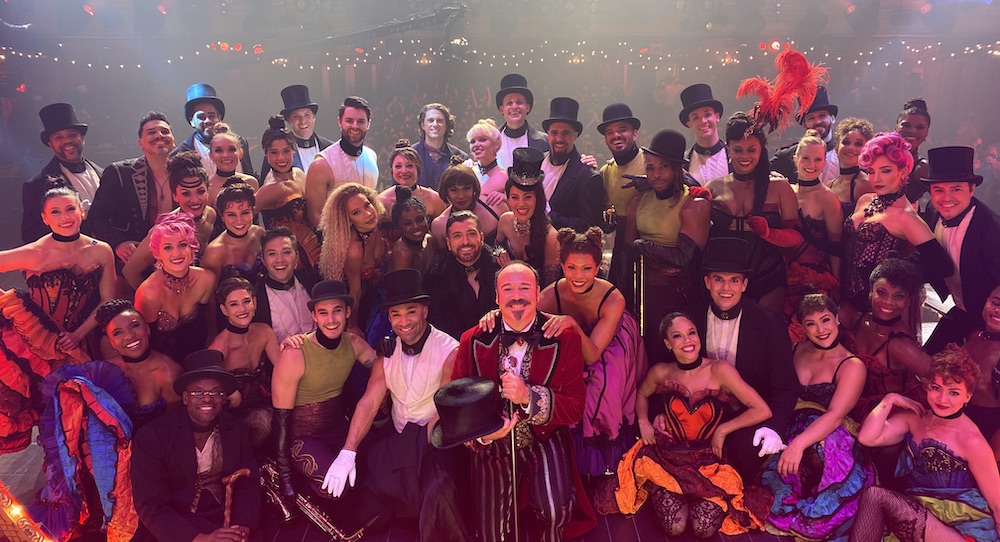 If you haven’t heard the comment made by Broadway League president Charlotte St. Martin about Broadway swings and understudies in an interview with The Hollywood Reporter, here it is:

“My educated guess is the newer shows maybe have understudies that aren’t as efficient in delivering the role as the lead is.”

Understandably, this caused some backlash in the Broadway community. Before we go on, it’s important to note that St. Martin has since apologized for her comment (said in an interview about show closures and safety protocols), admitting that she had “clearly misunderstood.” She spoke with several swings and understudies about how her message has hurt artists who, in her own words, “bring (Broadway) to life eight shows a week and 52 weeks a year.”

Further penalizing St. Martin for her remark isn’t productive. Instead, let’s focus on the recognizing and appreciating the artists it addresses.

Because swings and understudies do a lot during the best of times. But throughout a global pandemic, when main cast members are out for two weeks’ time at a moment’s notice? Swings are the ones keeping these shows running. We chatted to two swings from Broadway’s Moulin Rouge: Tilly Ek and Kara Menendez.

So what’s involved in being a swing?

Tilly Ek
“Kara and I are what’s called ‘heel’ swings. Heels have to learn six different ensemble tracks. ‘Flat’ swings have to learn up to 10, so we have it a little bit easier, but it’s still a beast of a show to swing. Because not every track is the same, obviously. Different lifts, traffic, formations, on top of the rigorous choreography.

As we get more contemporary in Broadway, the lifts get more complicated, the formations get less symmetrical. It’s all becoming more intricate. That works well for people who work with the same partner for eight shows a week; they know exactly where their weight has to be to make a lift work. As a swing replacing their partner, we know to be malleable, to sync up to the way they do it. Our job is to be water, to flow. I consider myself a great partner; I know I am a great partner. But it’s a matter of letting go of ego, and being as close to what they are used to and need as possible. We do get to do lift calls before every show, so we get to touch whoever we’re partnering with beforehand.”

Kara Menendez
“If you’re going in for someone who’s 5’8” and you’re 5’2”, there’s only so much you can do; some things have to be adjusted.”

Have you been called in more often due to covid?

Ek
“December was insane. There was a week when it was all swings on stage. We call that an all-skate.”

Menendez
“I was exhausted. And on top of us being in the show every night, we had rehearsals during the day. We were getting worked so hard. It was taxing.”

Ek
“The cancellations were really messing with us, too. There were a couple times where I didn’t get the email that the show was cancelled until I was already in the theater.”

Menendez
“It just wasn’t sustainable waking up every morning not knowing whether there was going to be a show or not; it added to the anxiety. Especially with three-fourths of our cast getting COVID at that point. Every day, it was Russian roulette…”

Ek
“…while shows were closing around us left and right. We’re under the pressure of keeping the show open, so we can’t call in and say, ‘I can’t do the show today; I’m feeling stressed.’”

What were your thoughts when you heard Charlotte St. Martin’s remarks?

Menendez
“I thought it was ignorant. She had no idea what was going on in any of those shows at that moment; the timing of it was so poor. It was during a week when we were in survival mode, trying to keep the show open and keep our jobs going. Obviously, in my heart I know it’s not true, but seeing those words quoted on Playbill… it was jaw-dropping.”

Ek
“I laughed. But I felt like it was on-brand. I feel like often in this industry, producers — who aren’t in the arts — don’t know what’s actually going on in the show. And same with us, the artists don’t know what’s going on with the producers. There needs to be more of a connection between the two; we have to be able to talk openly. When we were having reopening discussions, our lead producer was actually very transparent. Even when I didn’t agree with them, I could see where they were coming from.”

A show’s producers are represented by the Broadway League. The League is a trade association for producers, theater owners/operators and general managers. They organize the Broadway lineup, national tours, and negotiate with the Broadways artists’ unions and guilds. Like AGMA, for example. They host and fund shows, and get a percentage of the profits; they don’t represent the artists. The theater and the artists are two separate entities.

Dancers are often used to those outside of the arts world underestimating the difficulty of our jobs, but it feels all the more painful when it’s coming from inside an institution (even the business end of it) that represents the largest musical theatre tradition in the world.

When you really understand how much passion, talent, effort, and dedication our swings and understudies have put toward keeping their shows alive – since shows reopened and even well before the pandemic started – you can’t not appreciate what they do.

In her original quote, St. Martin said, “In my educated opinion.” But that’s exactly the problem; despite her station, she isn’t educated on the realities of the artists that the League relies on. For all our show-must-go-on magic, our producers haven’t peeked behind the curtain. So here’s to expanding this appreciation beyond our performer bubble by educating others on the love and labor that goes into each show every evening, come rain, shine or global pandemic.

We’ve covered what a swing is, why swings are vital and what makes a swing’s job hard. But what makes it worthwhile?

Ek
“I love the puzzle and putting the pieces together. I like that challenge. Swinging at the Moulin Rouge has been crazy, but awesome because of the group of people who are here right now. I’m really grateful for them.”

Menendez
“You can keep the show so fresh. I never get tired of anything that I’m doing. I love the adrenaline and being on my toes. I’m still learning all six of my tracks, but I love the idea of knowing everything. I feel like then I start to see it through the choreographer’s eyes. It’s a different experience. Being a swing can be a thankless job, and I’m okay with it being a thankless job, because I’m proud of myself at the end of the day. That’s rewarding. Love to all my fellow understudies, swings, alternates, and I’m so thankful to be a part of this community. As overwhelming as it can be, what we do is frickin’ awesome.”