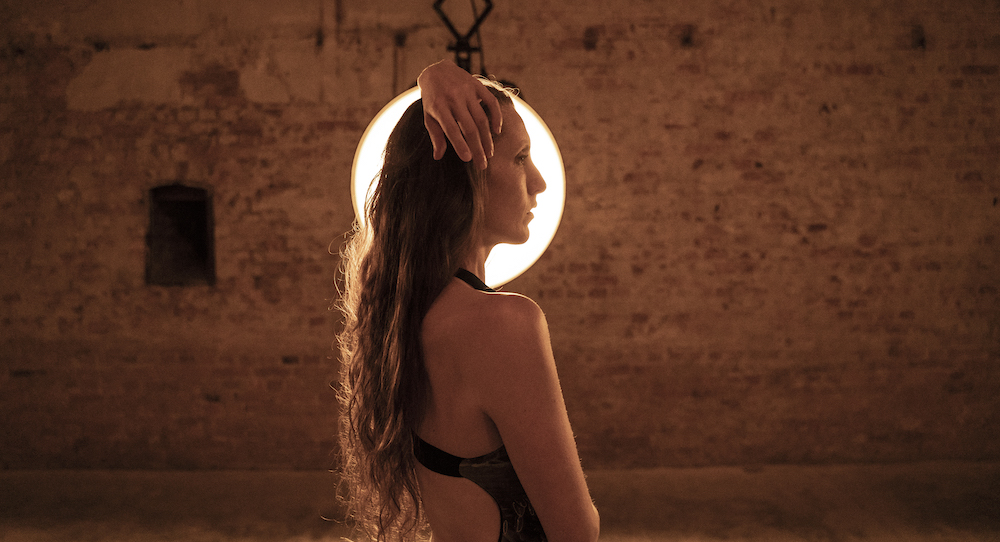 The film, released November 12, was curated by Maynor and accompanied by the music of Paganelli. The work uses as inspiration the art of Egon Schiele and Gustav Klimt to describe an introspective turmoil.

“Nuda Veritas, the naked truth,” Maynor says. “There comes a time in everyone’s life when they face themselves and their choices and actions. When one looks at their reflection and really sees the person looking back.”

Maynor, originally from California, has been a Berlin-based artist since 2019. Prior to moving to Germany, she trained and performed with San Francisco Ballet, and has also danced with Oregon Ballet Theatre and as a freelancer in NYC. She has choreographed original works for CelloPointe and for Pacific Festival Ballet’s Kaleidoscope Program.

Paganelli is a composer and guitarist based in Berlin, who has studied in conservatories throughout Europe. He has worked as a solo guitarist, as well as with an ensemble of strings, piano and classical guitar. He has also created music for various commissions, including Movement Headquarters Ballet Company.

In Nuda Veritas, both dance and music are created in a neoclassical style. Maynor and Paganelli both come from a classical background, but they find their own style in shaping movements and music of their taste, creating a personal style that preserves the elegance of their disciplines.

During the creation of the piece, dance and music influenced each other, according to the artists. As movement suggested a melodic line, a musical figure gave inspiration to a movement.

The project started in 2020, when Maynor commissioned a piece by Paganelli for a performance in Berlin that got cancelled due to the lockdown. They decided to collaborate anyway, and after the first piece was written, they saw a potential in the project and decided to extend it, involving more choreographers and dancers, with the idea of creating dance films that aim to focus on the importance that art has on our lives and how, thanks to it, we can better understand the world we live in.

Nuda Veritas was filmed in Berlin (Musikbrauerei) by Giacomo Corvaia.