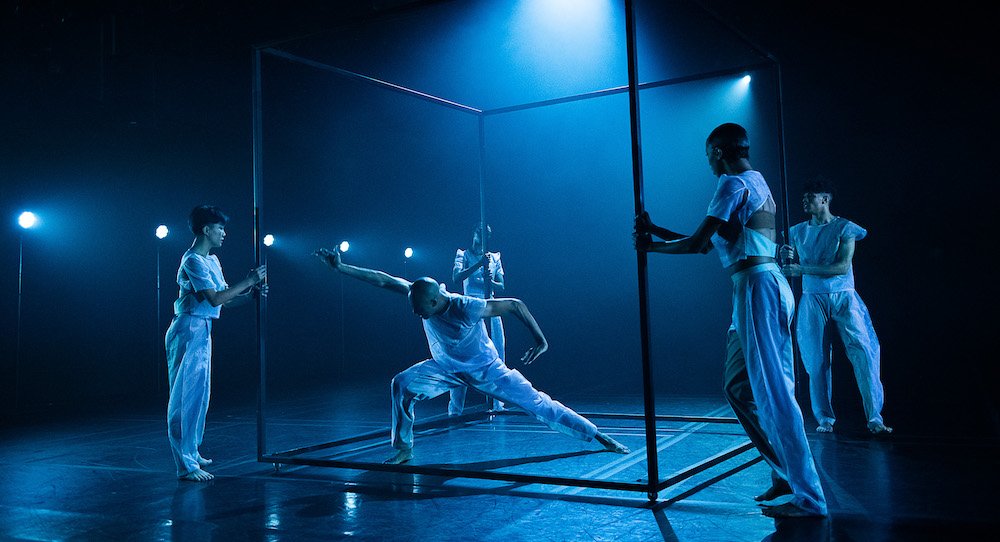 Cal Performances at UC Berkeley presents the Alvin Ailey American Dance Theater in a virtual performance debuting with a world premiere stream with the opportunity for live comment on June 10. The program will mark the world premiere of Ailey dancer and Resident Choreographer Jamar Roberts’ Holding Space, a Cal Performances co-commission.

The program will also include excerpts from Alvin Ailey’s classic Revelations, reimagined for this moment of COVID-19 and the necessity of social distancing. Historic film footage brings Ailey and the company from six decades ago to the virtual stage for a dance dialogue alongside current company members in this newly created dance film of Ailey’s signature work, filmed at Wave Hill Public Garden and Cultural Center in New York. Additionally, Ailey dancer Constance Stamatiou will perform the third section of Cry, set to the Voices of East Harlem singing “Right On, Be Free,” in a new film adaptation celebrating the 50th anniversary of the beloved work Ailey created as a birthday gift for his mother and dedicated to “all Black women everywhere – especially our mothers.”

Roberts, a 2016 Bessie Award winner for Outstanding Performer, has won praise for creating works that engage artfully with contemporary issues such as gun violence and the devastating effect the pandemic and police misconduct have had on Black bodies and Black lives. His ensemble work, Holding Space, centers on healing and the quest for sustainable pathways toward wholeness. It functions as a container, a sacred space created to give shape to, and hold, the complex emotions of this moment. Created against a backdrop of civil unrest and relentless threats upon the natural world, Holding Space asks in what ways we can collectively accommodate one another to better traverse this new and unprecedented terrain. Roberts’ other works for the Ailey company include Members Don’t Get Weary (2017); Ode, (2019); and the dance film, A Jam Session for Troubling Times (2020), celebrating the centennial of revolutionary saxophonist and composer Charlie “Bird” Parker.

Following its debut, Alvin Ailey American Dance Theater’s performance will be available for viewing on demand through September 8. One of 12 newly produced, full-length performances in the spring 2021 Cal Performances at Home performing arts streaming series, this is a continuation of the ambitious series launched in fall 2020, filmed on stages all over the world in renowned venues and recording studios in the locations where the artists were sheltering in place. All artists currently planned for the spring series were originally booked to perform in person at UC Berkeley as part of Cal Performances’ 2020–21 live season, which was cancelled because of the coronavirus pandemic. A complete list of all Cal Performances at Home performances currently available can be found at calperformances.org/buy. The performances are supplemented with free artist talks, interviews, lectures and panel discussions shared on the Beyond the Stage web page at calperformances.org/learn/beyond-the-stage.