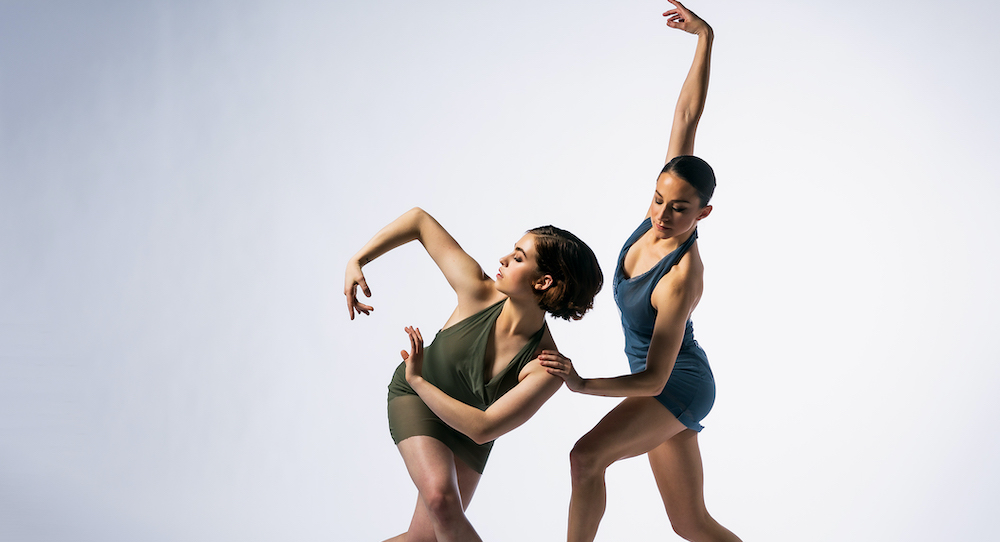 Smuin Contemporary Ballet continues its inspiring tradition of encouraging company dancers to explore their creativity in its Choreography Showcase, an opportunity for audiences to experience a treasure trove of stunning world premieres ranging from humorous to heartfelt. This season, 11 Smuin artists will step into the spotlight as dancemakers, creating 15 original works that will be brought to life on stage by their fellow company members.

Filmed on location at the Smuin Center for Dance in San Francisco, the showcase will offer never-before-seen pieces in a variety of dance styles and musical selections, plus celebrated highlights from prior showcases, streamed directly to audiences at home. Each program will be followed by a virtual Q&A on Zoom, during which audience members can discuss the artistic process with each show’s performers, choreographers and Smuin Artistic Director Celia Fushille. Smuin’s Choreography Showcase will stream online March 5-14.

Among the artists who will be setting new works on their fellow dancers are Terez Dean Orr and John Speed Orr, husband-and-wife duo whose shelter-at-home dance films were called “exuberant” by the San Francisco Chronicle; Cassidy Isaacson, who recently premiered “Loss” and “Chemistry” in Smuin’s Long disDANCE Love program; and Tessa Barbour, who has created acclaimed works for Smuin’s annual The Christmas Ballet. Also on the bill are works by Smuin artists Ian Buchanan and Brennan Wall, who premiered their first-ever choreographic pieces in Smuin’s Choreography Showcase during its 2019-20 season, and exciting new works by dancers Mengjun Chen, Maggie Carey, Ricardo Dyer, Tess Lane and Max van der Sterre.

Also on the program are eight revivals of pieces from prior choreography showcases, including ballets by talented company alumnae Ben Needham-Wood, an Emmy Award-winning choreographer for his documentary, BaseBallet: Into the Game; Nicole Haskins, currently the trainee program manager for Ballet Idaho; and Rex Wheeler, who has created works for organizations across the country, including Sinfonietta and Take Five, which premiered on Smuin’s mainstage.

The Opal pod features the Choreography Showcase debut of Smuin artists Terez Dean Orr, John Speed Orr, Tess Lane and Max van der Sterre, all of whom will perform as dancers as well as choreographers. Each will create a new work, with Terez Dean Orr submitting two — both a duet and a group number. The new works will be complimented by celebrated highlights from past choreography showcases, including revivals of Nicole Haskins and Weston Krukow’s Remember When (2015), Jane Hope Rehm’s Change Me None (2012) and Rex Wheeler’s Come-On-A-My-House (2018). Each program will be followed by a virtual Q&A on Zoom, with the dancers and choreographers, and Smuin Artistic Director Celia Fushille.

The Topaz pod includes Smuin dancers Cassidy Isaacson, Brennan Wall, Lauren Pschirrer, Mengjun Chen and Brandon Alexander. Isaacson and Wall will each premiere two new works and a co-creation. Chen makes his Choreography Showcase debut with a duet for Isaacson and Alexander. The program also includes a revival of Ben Needham-Wood’s Where They From? (2016). Each program will be followed by a virtual Q&A on Zoom, with the dancers and choreographers, and Smuin Artistic Director Celia Fushille.

Featuring Smuin artists Maggie Carey, Ian Buchanan, Tessa Barbour and Ricardo Dyer, the Sapphire pod will showcase new works choreographed by all of its artists, including a tap duet for Carey and Dyer, created by Barbour. The program also includes three revivals: Barbour’s Letting Go (2018), Darren Anderson’s Kiss-Kiss (2014) and Nicole Haskins’ There’s Rosemary (2017). Each program will be followed by a virtual Q&A on Zoom, with the dancers and choreographers, and Smuin Artistic Director Celia Fushille.