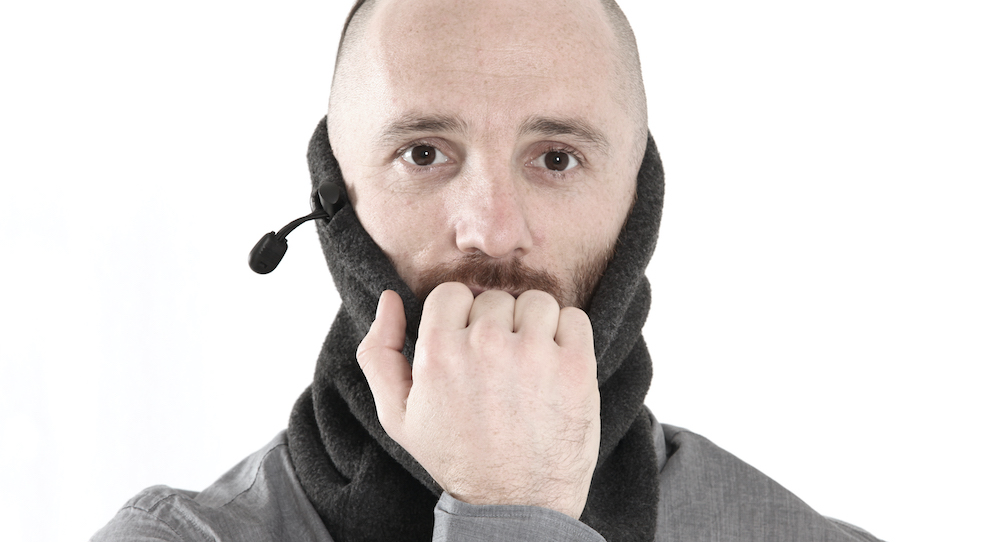 “I am horribly bad at marketing.” Jorge Crecis, founder of an organization called Towards Vivencia, says this with a playfulness in his voice. But there is an underlying seriousness in what he is saying that is all too familiar in the dance world. So many in this industry would say the same thing; it is a common lament.

Pity, though. Because if anyone has anything new and valuable that is worth marketing, it is certainly Crecis. A former dancer and current choreographer, Crecis has a Doctorate in Philosophy, for which his thesis research covered what he calls “peak performance presence.”

Okay. Those are a lot of words. But what do they mean exactly? When you go back and read them again slowly, delve into them and continue to listen to Crecis, one begins to understand the message that he is trying to get across. One starts to realize that what he has researched — what he has discovered — is something that is actually not common thought. What Crecis is saying is difficult to grasp at first, simply because it is not something that most dancers would ever say.

For what Crecis has discovered, through research, is how to train what has been up to now thought to be untrainable: that one can actually learn and improve stage presence.

It is remarkable when you think about it. It has been thought for so long, over decades, and perhaps centuries, that stage presence — charisma, if you will — is something you are either born with or not. That it is innate in certain human beings and absent in others, the stuff that TV stars are made of. Crecis’ research and conclusions go contrary to what has been common belief for so long.

Today, Crecis dons the jacket of the educated intellectual, the researcher, the entrepreneur and ultimately of a teacher. But dance is still very much at the root of everything he does.

His exposure to dance started at a very late age (he was 22 when he took his first contemporary dance class). And despite this fact, he managed to work through it and have a professional dance career throughout Spain, Belgium and the United Kingdom. He then became a choreographer, choreographing for companies like Beijing 9 Contemporary Dance Theater, Acosta Danza, Scottish Dance Theatre and for various universities.

“Choreographers or members of the audience who saw me performing never told me, ‘Oh, you’re an amazing dancer,’ which was really annoying,” Crecis reveals. “Most of the time, they told me, ‘Oh, you have amazing presence,’ or ‘You look so much taller on a stage.’ Which is fantastic.”

So with a career as a dancer under his belt, he was eventually headhunted by The Place (London Contemporary Dance School) to teach for them.

“When I got there, I was thinking, ‘Okay, what can I teach these students — the dancers of tomorrow? What is my strength? And besides the floor work and acrobatic animalistic dance (which is what I had been practicing and very attracted to because I came from sports as well), I started researching how I could teach that ‘thing’ that I was supposed to have. Performance presence. So I started doing a PhD at Goldsmiths University.”

And so, after succeeding at Goldsmiths, graduating from the university armed with a Doctorate in Philosophy from the Drama and Performance Department, he eventually created his organization, Towards Vivencia, together with Bridget Lappin, who is assistant director. The idea was to be able to train dancers to increase stage presence, using a method he developed based on his PhD research.

“I had to use a Spanish word — ‘vivencia’ — because in English you don’t have a word that means ‘how to experience an experience in real time, voluntarily, willingly and in order to achieve a change that has been preconceived.’ You can train speed, you can train flexibility, and you can train consciousness. And that is the most innovative part. The mind is not even a part of the body; it’s something very intangible. It is not a part. It’s not a skill. We don’t know what the mind is, but we know what the state of consciousness is.”

But how does one train something so intangible? Can just anyone improve? How long does training take? Is it like dance technique, something that needs to be worked on daily? Exactly how much improvement can one expect to achieve?

“Some people are born naturally flexible,” Crecis says ,”or naturally strong, or naturally fast. That doesn’t mean that if they train that they can’t get better. And I always give this example: we are always born with two limits. Genetically, we are limited by how we are when we are born, and what the ceiling is of anything we try to do in life. Natural skills are always an advantage, like speed or flexibility. But the ceiling is so high up that even if you are born with less capacity, it’s really difficult to reach your ceiling. So even if you don’t have that much natural tendency toward any speed, strength a state of consciousness, you can go really, really, really far.”

“For us as humans, it’s very difficult to think that we can control the things that we cannot perceive in a rational way,” Crecis says. “Thirty, 40 years ago, everyone thought that creativity is something that you could not train. And now we know that you can. In 2020, we are really lucky that we actually can make things that seem intangible, tangible. Like a state of consciousness. At the end of the day, states of consciousness are nothing more than how the connections in between neurons happen, with what frequency, in which areas of your body, in which areas of your whole nervous system they happen, and what the circumstances are that surround it. So the myth — it’s there because this is something intangible, and our organs of perception are not ready to perceive those kinds of capacities in a conscious way. But you know, when someone is more empathic, or less, or more loving, or more caring — these capacities can be trained. Stage presence is exactly the same.”

“What we do is we travel the world giving workshops, and we do the online training,” Crecis explains, “and now we’ve expanded into online classes. So my goal of Towards Vivencia in 10 years is that everyone acknowledges that states of consciousness are trainable and that they consider it as necessary and as accessible as training your stamina.”

He continues, “We are creating beautiful micro-communities online that create a very, very beautiful network for this year’s training. So I’m hoping that we reach as many people as possible, and that we make this training very, very, very accessible.”

“When the pandemic kicked in and hit Europe, we saw lots of people going through a very difficult time, lots of performers losing their jobs,” Crecis says. “So we decided to create the TWV Academy, in which we were offering daily classes, online daily classes with guest teachers. We put them together for people to work on their state of consciousness that made them a tiny bit more secure, to work on the mental hygiene and mental health in this moment of uncertainty and to feel a bit more grounded, and to be more hopeful. And to be a bit stronger. We’ve been doing that since March; it’s working beautifully. Between March and July, we had 7,000 people coming through our classes.”

Crecis and Lappin co-authored a book, Designing Presence: Entering Towards Vivencia, which was released this past October. For those interested in getting a first taste of presence training, the book may be a good place to start. Available on the TWV Academy website and on Amazon, the book explains the research behind Crecis’ method, talks about real-life cases of how it has been implemented in the past and provides practical exercises that can be done on your own, in any context.

“The idea of being present is just to train awareness,” Crecis explains. “And I believe that everyone, everyone in the world, should do at least one hour-and-a-half of exercise a day. And that one hour-and-a-half of exercise a day will include training consciousness. And forever. Meaning it’s not something that you train for one year and that’s it.”

But what about people who don’t have an hour-and-a-half a day to spend?

There is matter-of-fact lightness in his voice, as he replies, “In that case, loosely quoting Buddha, I would say those people need to do three hours. What we do is we do not add anything to your day. We tell you that the activities that you are doing today, how it can be done for you to be training this at the same time. I’m going to give you a very simple example. Have you ever done any specific work on your pelvic floor?”

He continues. “So, I have a teacher who was training us, who was teaching us how to train our pelvic floor while we were driving. What we realize is that our training helps people because we give them a very clear structure and also community support, meaning that if you need to go and run outside in the rain at 6am, it’s going to be really hard if you do it by yourself. But if you have a buddy, a friend who comes at five minutes to six in the morning, knocks on your door, like, ‘Come on, let’s go out,’ it’s a bit easier. So if the person gives you the structure, you don’t have to think about that, which makes your life easier. That’s what our training does.”

So for something so new, and something so unique, it is ironic to come full circle to the fact that training humans is still…training humans. We still learn things in the same way we always have, and so the path toward attaining improved stage presence would seem to be a logical one that we’ve all been down before.

Which is probably a good thing. There is a limit to how much novelty one can accept all at once, and it’s already a doozy to find out that we can actually control something like stage presence. It’s quite the concept to grasp. But it’s a doozy that gives us a giant dose of hope and new anticipation. Because now, the belief that TV stars are TV stars uniquely because they were born with something special, is no longer a barrier that excludes the rest of us.  We now know that that special something is within the grasp of all of us, too.

TV star or not.

For more information on Towards Vivencia, visit towardsvivencia.com.