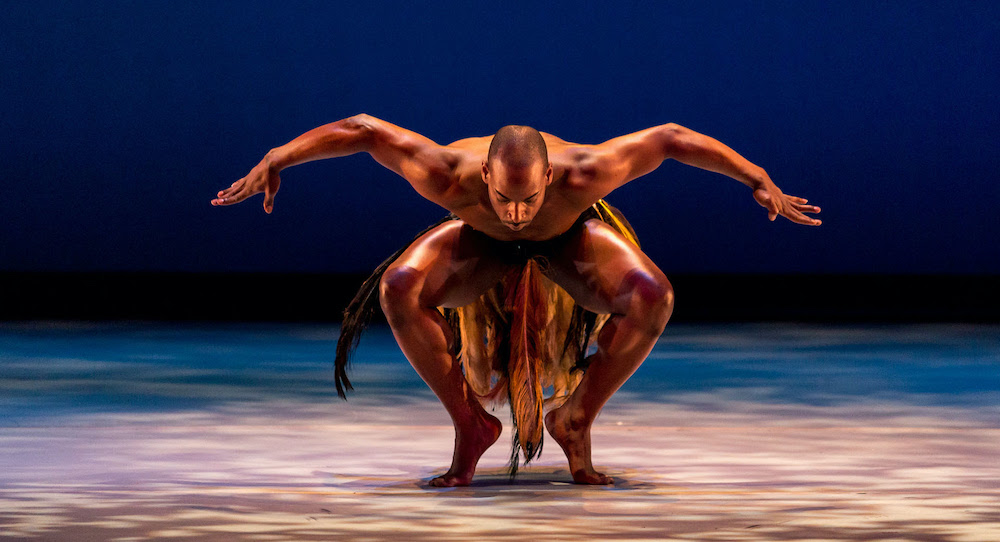 Art in the time of corona is all about finding ways to connect with your community online. Dallas Black Dance Theatre has found a way to do just that through its live Petit Performance, and Dance Informa had the pleasure of watching the company’s inaugural virtual show.

A collection of three performances, the pieces were presented as dance films, translated from live art to a method that makes the most sense for their current online platform. Between each piece, Dallas Black Dance Theatre’s Artistic Director Melissa Young takes the time to invite and engage us in the company’s community and history, and to remind us of “why art heals, and why you need it. We all need it.” Dallas Black Dance Theatre is an institution that’s grown from a dance studio to an international company, housed in the former Moorland YMCA. The company recognizes the history of its own home as a place where the likes of Justice Thurgood Marshall, Ella Fitzgerald and Mohammed Ali all have history, too.

First up was Christopher L. Huggins’ Essence, which was dedicated to the women who have inspired him, and names Ann Williams, the founder of the company, specifically. The piece portrays a woman to every extent of herself, flowing through ages and emotions and frustrations and limits and triumphs and everything else that makes up a woman’s life. We watch dancer McKinley Willis, sitting on a chair between a column of trees, dance a lifetime. Curled in on herself, she experiments with small playful gestures of fingers and toes, which turn to big bounding movements of carefree folly, which turn to laughing, to crying, to anger and on. You catch moments of Willis clawing at her stomach, or bringing a hand to her hair, or focusing on labored breaths, or repeatedly swatting something away with exhausted arms, or breaking down entirely only to calmly stand and smooth out her dress. The piece ends with Willis waving to us through the camera like waving to a friend, only to have that spark of recognition fade from her eyes as she sits back in her chair. Seeing a woman’s life embodied through the female body is a treat and a treasure, and makes Essence a standout performance.

Awassa Astriga/Ostrich was originally choreographed by Asadata Dafora, a Sierra Leonean musician, dancer and choreographer, who was the first to bring African drumming rhythms to the United States. Here, the work was recreated by Charles Moore and restaged by Ella Thompson-Moore. The point of the piece is to capture the impression of an ostrich. But for those of us who’ve never seen an ostrich up close or in real life, that sounds misleading. This depiction of the bird isn’t awkward or gawky. As the largest bird on earth, standing at nine feet and with a wingspan of six and a half feet, the ostrich commands a powerful presence.

Dafora’s presentation of the bird, through Moore, Thompson-Moore and Pradier’s interpretation, is a regal creature. Which as dancers, shouldn’t be a shock. The fascination with birds in choreography spans many styles. Classical ballet uses swans, blue birds and even pigeons as common characters and imagery. Pradier exudes confidence, looking down his nose from his height and shifting his head sharply, showing off endless control of each muscle as he ripples his arms like wings. They’re not fluttery or delicate. They’re expansive and weighted, held up only through the strength originating from the center of his back. His spine is arranged on top of his pelvis in such a way that it mimics the arch of the ostrich’s long neck, or the curve of its powerful backward-bending legs. To restructure yourself to capture that imagery is difficult enough, but Pradier dances in that form, and does so beautifully.

Last on the program was What to Say? Notes on Echo and Narcissus, choreographed by Jamal Story and performed by Hana Delong and Claude Alexander III. An old story of unrequited love, Echo and Narcissus’ tale could feel common. But Story’s choreography and Delong and Alexander III’s presentation of it is anything but. An aerial piece, What to Say explores what can stand in the way of love by choreographing its dancers on two separate planes. Delong begins on the floor, melting into and rising from the surface, bringing emotion into floorwork in a way that’s rather rare. Alexander III descends from above, wound up in a white silk. Connecting the ground and sky, they begin their duet and lift Delong into the air. A duet in midair requires an extra level of trust and understanding between partners, which these two clearly have. Moving together, they share balance, lend strength and find their communal center of gravity while suspended in the air.

The camera focuses in on Alexander III looking effortlessly and gently reposed as he hangs from the silk in the foreground, while Delong dances slightly out of focus behind him, with a ferocity and attack that gives the sense a storm is brewing beneath a calm surface. As he joins her on the ground, the movement becomes more weighted, with moments that float upward before falling back down. Finally, she’s lifted into the silk instead, cocooned in fabric, as grounds himself collapsing softly to the floor.

As companies try to navigate this new landscape of performing during COVID-19, Dallas Black Dance Theatre’s approach is a step forward into new territory. Simultaneously a story of the company’s history and an invitation to new patrons, it acts as a calling card to engage new audiences and keep the current community involved during this intermission.