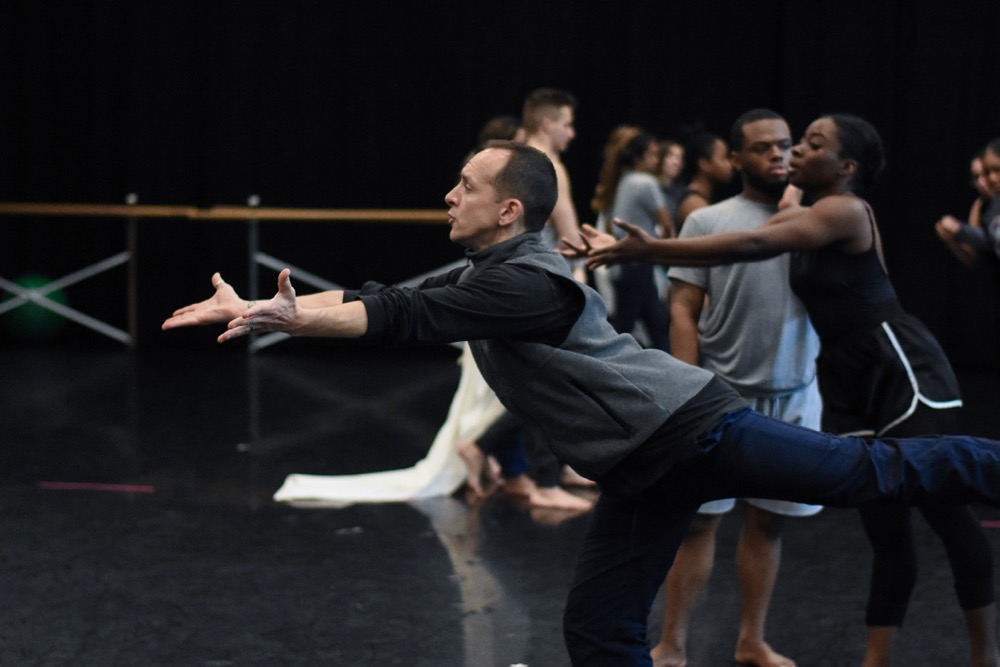 The José Limón Dance Foundation recently announced the appointment of Dante Puleio as its new artistic director. A widely respected former member of the Limón Dance Company for more than a decade, Puleio will succeed Colin Connor on July 1, to become only the sixth artistic director in the company’s 74-year history.

Puleio trained at the Laban Centre in London, the Northern School of Contemporary Dance in Leeds, UK, and received his BFA from University of the Arts in Philadelphia. After a diverse performing career with the Limón Dance Company, national and international Broadway tours, television and movie appearances, he received his MFA from University of California, Irvine. He is currently a Visiting Professor of Dance at the University of Florida, where he teaches and continues to collaborate on a number of projects within the dance community. He states, “I am so excited to return to the Limón Dance Company in this way. I am looking forward to collaborating with the Foundation to continue this historical legacy and reimagining José Limón’s vision to reflect these rapidly changing times.”

He shares with Dance Informa, “My main focus will be contextualizing the work for 21st century audiences and artists. Finding dance gave me purpose, and finding Limón really made everything came together. I want to make that happen for as many people as possible. I have the opportunity to create more teachers, more advocates, more audiences for the form and the work, and the field more broadly. I want as many people seeing and getting a physical understanding of what’s happening as possible.”

The José Limón Dance Foundation’s search for a new artistic director was guided by a committee of its Board of Directors and a team of independent artistic advisors. After rigorously vetting numerous applicants, the committee and the Limón Board decided on Puleio. Board Chairman Ivan Sacks commented, “We are very fortunate to have Dante taking on the artistic leadership for us at this challenging time. I am confident his diverse talents, artistic integrity and entrepreneurial spirit will be a powerful force for Limón in the days ahead.”

Colin Connor has been at the Foundation’s artistic helm since 2016. Connor says, “I am happy to pass the torch to Dante Puleio, who brings a broad and forward-thinking vision drawn from his rich past with Limón and his strong educational background. The legacy is in good hands, and the future of the company is bright.”

“I’m so grateful to have inherited a beautiful group of artists and staff,” Puleio says. “They’re a supremely talented group of individuals. It’s a gift. Walking into this role at this time is scary, but I’m alos excited to innovate in the face of that and see what that looks like. The support I’ve received from the company and mentors has also been tremendous. I truly feel the love and support coming through.”

Hailed as one of the world’s greatest dance companies, the Limón Dance Company has been at the vanguard of American modern dance since its inception in 1946. Having pioneered the idea that it was possible to survive the death of its founder, over the last four decades since Limón’s passing, the company has created a unique repertory that gives audiences an overview of some of the best and most important choreography, new and old, in the dance world. The company is the living legacy of the philosophy of theater developed by José Limón and his mentors, Doris Humphrey and Charles Weidman, whose innovative works revolutionized the American modern dance.

Now in its 74th year, the company is renowned for its technical mastery and dramatic expression, and demonstrates both the timelessness of José Limón’s works and the humanistic vision that guides the repertory choices. The company is one of the two components of the José Limón Dance Foundation, which also conducts educational programs and disseminates the Limón repertory through the Limón Institute. In 2008, the President of the United States awarded the Foundation the National Medal of the Arts, the nation’s highest honor for artistic excellence.