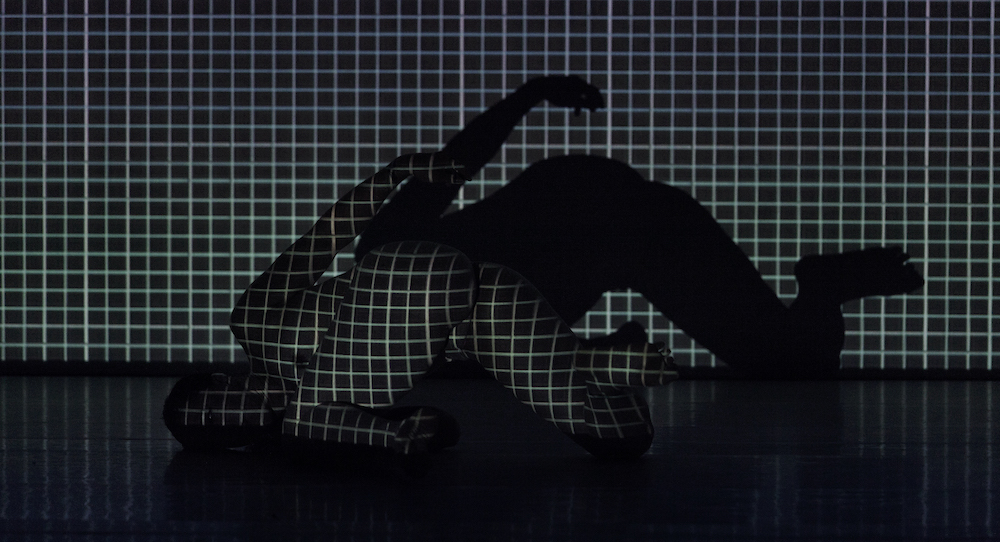 Dance Informa sat down with Israel-born and Holland-based dance artist Keren Rosenberg, creator of the movement process, Body-House. Informed by Rosenberg’s own experiences in injury, rave culture and Gaga training, research and development of the Body-House method is ongoing.

“Body-House, or the concept of it, started in 2013. In my early 30s, I tore a ligament in my foot and went through surgery. Due to complications, I was hospitalized for nearly two weeks. During that period, I shared a room with a 90-year-old woman in advanced stages of dementia. Going from being a dancer in my prime to being in a wheelchair beside someone who is coming to the end of her life, that triggered questions in me about the relationship we have with our body. Do we own our body? What is this thing that makes us who we are? Looking at my neighbor (her name was Tovah), I constantly asked myself, ‘Is there anyone home? Does she see me? Does she understand?’ And within myself, I felt that my spirit was so alive, but I felt detached from my body. So I started to reflect on how you carry energy inside your body. How you communicate who you are, what you bring to this world through your body. That’s when I started to look at the body as a house that we are living in. Sometimes it feels like home, and sometimes it feels like unfamiliar territory. If the body is a house, then what are the windows, or the doors? What brings connection and communication? That’s Body-House. It’s a practice, not a method.”

Body-House originally emerged from the illegal rave culture you were immersed in while growing up in Israel during the ’90s and 2000s. What about that scene inspires your movement?

“Body-House didn’t emerge there; I emerged there. I grew up in the North of Israel, in a small town below the sea of Galilee, called Karmiel. From a young age, I enjoyed dancing to punk and rock. I used to hitchhike out to bigger cities or neighboring villages that had clubs where I could enjoy music and disappear into the darkness. At 19, I was taken to my first rave. Back then, it was illegal, so it was all very hush hush. Driving there, you would see toilet paper hanging or other secretive signs indicating where to go. They were held on avocado plantations or in the desert. They were powered by generators that were sometimes working, sometimes not. I always enjoyed the confusion of the darkness. The heartbeat that was coming from the music created this primal, temporary environment. When the dawn came up, you would see a herd of people. Sometimes there was so much dust in the air from so many people jumping, wasting and sharing energy. That idea of freedom to be and to act, and this transparent bond that connected us all dealing with ourselves by ourselves in a communal space was something that really mattered to me. And then punk and rock are very much about standing for something and putting yourself in the forefront with aggressive, raw, uncarved energy. And of course, growing up in Israel (and I haven’t been living there for the past 12 years) was quite volatile; there is always tension with neighboring countries. So I think that friction between the freedom and limitation, or emancipation and borders, that really inspired me. All these aspects were things that formed my identity and why I do what I do. Maybe Body-House is a vessel that is more formulated in the cultural influences like the music and the aesthetics.”

You trained with Ohad Naharin while in Israel, and you’re a certified Gaga teacher. How does Body-House derive from that, and what separates it from Gaga?

“I took the Gaga intensive course in 2010. I was in awe by how much it made sense to me, to my body, to my dancing spirit. This was before the teacher training program existed. I contacted Ohad during the course, and shared that it was something I really wanted to delve into. At that time, only dancers from the company could share it. He was very generous; he invited me to guest with the company for a few months, and then I continued in the teacher training program when it opened. In a sense, I was the first certified teacher to graduate from the program.

Body-House is something that I started developing as a solo artist. I’m more interested in the social experience while moving. So how can you be open and influenced by your environment while also dealing with yourself. And I think this is something that is more taken from my own experiences, from the rave culture. I’m asking myself how can a dance studio be less of a clean laboratory, but more messy and raw. Gaga is in my DNA. I come from the region where this language was developed. It’s something that has informed my artistic practice and how I share myself in the world, but there comes a point in one’s life when you have to say goodbye to the parent and move on. Gaga will always be a part of me, but it’s not what defines me, because I was Keren before and I’m Keren after.”

What drives you to keep developing and sharing Body-House?

“Body-House emerged as a social reflection of me and what I’ve been through, and that corresponds with other people’s experiences. I’m not special, I’m just trying to make sense of what I’ve experienced and see how I can share it with others. My journey with my body and the questions that I’ve had helped heal me, and my blockages and fears. If I can share it, maybe it can help other people with that, or maybe it can connect people to their own body and their own questions. And if we can do it in a space where it’s safe, open and fun, I see it as a mission to keep doing it.”

For more information on Keren Rosenberg and Body-House, visit www.kerenrosenberg.com.