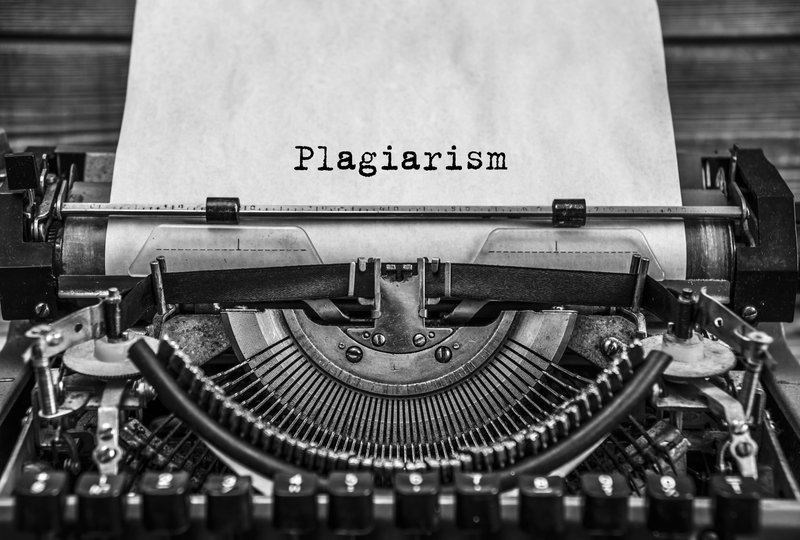 “Imitation is the highest form of flattery,” the saying goes. Yet, taken to a certain extent, is it also theft? From concert dance to the competition world, choreographers have seen dance and said to themselves, “That looks just like my work…” High-profile examples of this phenomenon include Beyoncé’s “All the Single Ladies” video with choreography that’s just about a carbon copy of Bob Fosse’s Mexican Breakfast.

Nevertheless, it’s a complex issue because dance artists undoubtedly influence one another and learn from one another (from teachers, mentors or simply those they admire). We do want that kind of creative sharing, for the continuance and flourishing of dance as an art form and cultural asset. Established Copyright Law unfortunately doesn’t make things all that much clearer.

Yet, using our judgement and having open discussions can offer us some clarity here. Dance Informa spoke with a few dance artists with experience on this issue to help start such discussions — Noa Barankin, a Boston-based tap dance artist and artistic director for DrumatiX, with a background in Copyright Law studies; Joe Monteleone, NYC-based dance artist; and Vanessa Long, Artistic Director of Vanessa Long Dance Company. Let’s dive in!

Barankin wants to first clarify that she’s not offering any kind of legal advice. She discusses the difference between mixing and re-shaping content (such as “rudiments” in tap dance — “time steps” and the like) and presenting as one’s own exactly what someone else created. This is one element that courts will consider in copyright infringement cases (a precondition there being that artists have their work copyrighted by registration).

Yet a difficult, arguably scary thing there is that even with copyrighting, how established U.S. law on copyrighting is written makes its application to dance vague and highly up to interpretation; it makes no explicit mention of dance, movement or many of its conventionally accompanying design elements (such as costuming, lighting and set design). In order to offer some concrete validity to an infringement case, given this undefined territory, Barankin says that lawyers will bring in experts — such as dance scholars or critics — to speak to similarity or difference in two pieces of dance art.

Another aspect that sometimes comes into question here is what Contracts and Labor Law says, Barankin says; most often, as specified in employment contracts, employers (let’s say, a dance studio owner or artistic director) gain ownership over their employees’ creative work. Yet, at times, contracts can say differently or omit this matter all together — particularly in cases of “freelance” or independent contractor employment. Barankin clarifies that if you work for hire, “the courts have tests in place to determine whether you are an employee or a contractor.”

All of that considered, Barankin plainly affirms that “it’s hard to protect your creative work as a dance artist. The courts might not always be on your side and lawyers might not always have all the answers, as the legal principles are fairly straightforward, yet there are a few underlying conflicting and contradictory ideas.” Much of it has to be left up to judgment calls.

All of that said, Long believes that being influenced by other artists happens, in ways that we sometimes can’t control or are even aware of. “Our brains our complicated, and it’s hard to discern from conscious and unconscious influence,” she says. “I believe all artists’ work is influenced unconsciously whether they realize it or not.”

Barankin states, “People get inspired by things, and they try something out they saw, and before they know it, it’s the piece they saw.” Our minds, subconscious and unconscious, work in complicated ways!

Barankin also thinks that sometimes people get dry of creative inspiration, and might truly wish that they could come up with something innovative of their own — yet they get inspired and find themselves using what they’ve seen, or more blatantly plagiarize. Monteleone agrees that this happens, and asserts that if he’s dry of inspiration, he’s just honest about it. If he’s on a tight timeline for creative work at such a time, he’ll bring back older work in repertory, for example.

Another element that the courts will consider in copyright infringement cases is monetary gain; if those who are accused of copyright infringement have monetarily benefited, that strengthens the case of those bringing charges, as there is then an argument that they are entitled to at least some portion of those monetary gains as damages. Short of the technical legality, Monteleone pulls apart the ethical issues there. “The money side of things is the darkest area of our art form,” he believes, with so many talented artists significantly struggling financially and phenomena like dancers not being paid running rampant.

Monteleone also finds it sad and frustrating that so many talented artists out there are not getting the recognition they deserve. Monteleone adds that an aspect to keep in mind there, and in this larger issue of plagiarism and flattery, are logistics and language around program literature. In other words, programs and other promotional material should clearly credit all involved collaborators, as well as — where feasible — notable creative influences/influencers. Hierarchies and processes around curation of dance programming also seem key here; who is choosing what is presented, why, and is that process transparent?

In terms of monetary gains and ethics, another aspect with being influenced by another artist’s work to consider is if the original artist is still alive and how far back in time the work in question was created and released. As far as the law is concerned, Barankin explains, in the U.S., anything created before 1923 becomes public domain, as it’s no longer protected by Copyright Law. That means that the work is available for all to use as they will. Unless, that is, an estate has rights to the work copyrighted.

In that situation, they’d have a legitimate case to press copyright infringement charges and receive damages by a court ruling. The Martha Graham Estate failed to receive damages from an infringement court case because of the lack of copyright on Graham’s work, demonstrating the importance of copyrighting. Long, likely similarly to many dance artists, finds not holding a copyright on your work “terrifying”. Nevertheless, estates are indeed a way to secure copyrighting for decades or longer, but something to remember is that they must be legally reinstated (in other words, renewed) every 70 years.

Other cases in which artists might fail to win copyright infringement cases is when work reproduced was protected under the “Fair Use” Doctrine, which establishes that works can be reproduced for the sake of commentary, criticism, or parody.

On the other hand, Barankin explains, “You cannot exploit someone’s intellectual property for your own commercial or personal uses and then look for a technicality or some specific legal reason why it ‘counts’ as Fair Use. Specifically, Fair Use is not usually an argument one can make when attempting to copy or perform someone else’s choreography. In almost all cases, if you intend on using someone else’s work, you need to license the rights before doing so.”

Long also believes that simply having conversations on these matters will help us come to some sort of clearer consensus, as well as raise awareness, in the dance field. “I truly think the entire dance world would appreciate a set of rules and someone drawing that line,” she affirms. “I believe that most dancemakers have no interest in plagiarizing anyone’s work, and only a small group does this on purpose.”

Monteleone says that he sees these conversations beginning to happen, “and you see the floodgates [of thoughts and feelings] open, which is a beautiful thing.”

He also wants to see artists advocate for themselves — such as those he’s seen have their work plagiarized by more well known artists, to only say something like, “It’s such an honor to be seen and recognized in that way by [said more well-known artist].” Looking at the objective morality of it all, it might indeed have been flattering for that lesser-known artist, yet they should have gotten recognition and at least some appreciable share of any monetary gain coming from such work. The law is one thing, and what is just and logical is another. Until the law is clearer, the dance world must be honest about what is indeed just and logical on this question around the line between flattery and plagiarism.