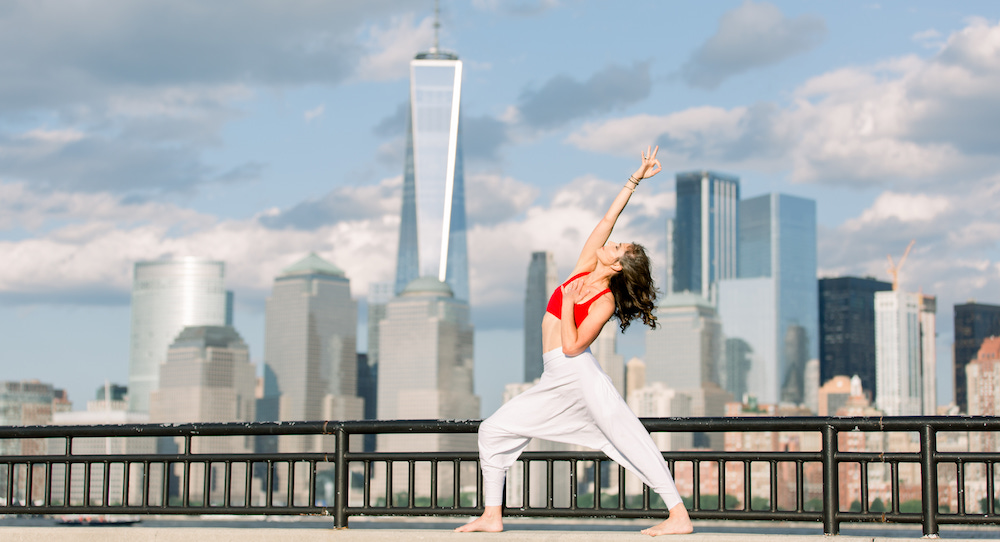 Lara Heimann had always been interested in movement, athleticism and the human body. From a background of professional physical therapy and Vinyasa yoga instruction, she decided to craft her own way of moving and being in the body that would be grounded in these practices.

The result is LYT Yoga, “the only style of yoga grounded in the modern teachings of physical therapy and neurodevelopmental treatment…a sophisticated method made simple, sustainable and efficient,” according to her website. Heimann explains that she created a methodology to “meet the needs of people in the everyday world and its resulting imbalances.” Can this method, and its philosophical perspectives, have additional offerings for dancers? Let’s discuss!

Heimann makes clear that a key principal of her methodology is critical thinking and intelligence. “Yoga has always been about critical thinking,” a critical thinking that’s connected with the human body’s truths, she asserts. She connects this idea of a foundation in a body-based intelligence with dance through her belief that “at its best, dance is supreme neural intelligence in action. The grace of a dancer is only possible through healthy neural pathways.” At the same time, awareness doesn’t always mean immediate change.

For example, Heimann recounts working with a dancer who had concrete awareness of how she needed to change her movement patterns in order to fix imbalances leading to sacroiliac (SI) joint issues for her, yet had trouble actually consistently practicing better movement patterns. For this dancer to lock in those healthier patterns, it took challenging her to learn to leave aside her dancer identity for a time. Other tricks that Heimann likes to use are “side doors”, or alternate ways to cement in a new, better physical pattern.

An example of this method is going into a yoga forward fold by walking the hands backward into it from Downward-Facing Dog. The result is a “triple bend” in three involved pairs of joints — ankles, knees and hips — and thus taking pressure off the hamstrings and SI joint. Heimann explains how this method is effective because “the brain loves novelty but also loves to go back to habit.” The brain and body being so intrinsically connected, neural pathways will manifest in movement patterns, and vice versa. Thus, often over time, changing the habits of the brain can change the habits of the body, and the other way around.

Dancers in particular are primed to embrace novelty as well as habit, and have pathways of their body and mind intimately related. Heimann attests to working with many dancers, toward assisting them with their professional demands and keeping them healthy. She sees formalized dance technique and performance as “the ultimate example of functional anatomy in practice.”

Yet dancers, like all people, are prone to fall into patterns that don’t serve them. Overuse injuries can result from dancers’ bodies finding ways to accomplish certain physical tasks that aren’t natural to the body — also known as “compensation”. “The body is smart, and it’ll find ways to do what you’re asking it to do, even if that’s not the way it was meant to do it,” Heimann explains.

Often this patterning is developmental — in other words, going way back to when we first learned to move in such ways. “Developmental patterning is hard-wired into us, and when we go back to that patterning, we can learn to re-balance ourselves,” she affirms. Moving in ways that will keep the body balanced is incredibly important for dancers in terms of career sustainability and quality of life (in other words, not living in pain because of the job’s physical demands).

Asking oneself what would be getting to balance can be quite useful here. Dancers are often hyper-flexible, which concerns Heimann because of the implicit potential for injury in that condition. Sometimes focusing on strengthening, rather than stretching, is therefore often what’s necessary for dancers to get balanced. Another key element is core strength — not only in the amount of brute strength, but in the integration and stabilization of core muscles; it’s a foundation from which fully integrated, fluid yet strong movement can come.

In a yoga lens, Heimann describes how it’s not useful to think of handstand as an “end-all, be all” goal, but it can be a great check-in for that core integration and stabilization (as well as alignment). This seems to be a beneficial mindset for dancers, who often strive for a concrete goal — a triple pirouette en pointe, that coveted role, a promotion in their company; is it goal for a goal’s sake, or something truly meaningful to obtain?

That type of thinking exemplifies the mindfulness and self-learning that Heimann seeks to promote with her methodology. “Making changes often takes going into your physicality. Sometimes you just have to look inward,” she believes. A look toward what one doesn’t want can also be useful, as it is in just about all movement disciplines, Heimann asserts. At the same time, “can you choose a path that’s not anxiety and fear?” she asks — alternatively, a positive goal.

From developmental movement patterns and beyond, from the core outward, from perspective shifts to their fruits — LYT Yoga has tools for dancers (and all people, for that matter) to live in their body in a more integrated, whole and healthy way.

Learn more at movementbylara.com — how and where to practice the LYT method and study with Lara Heimann, how to become certified to teach it, and more.