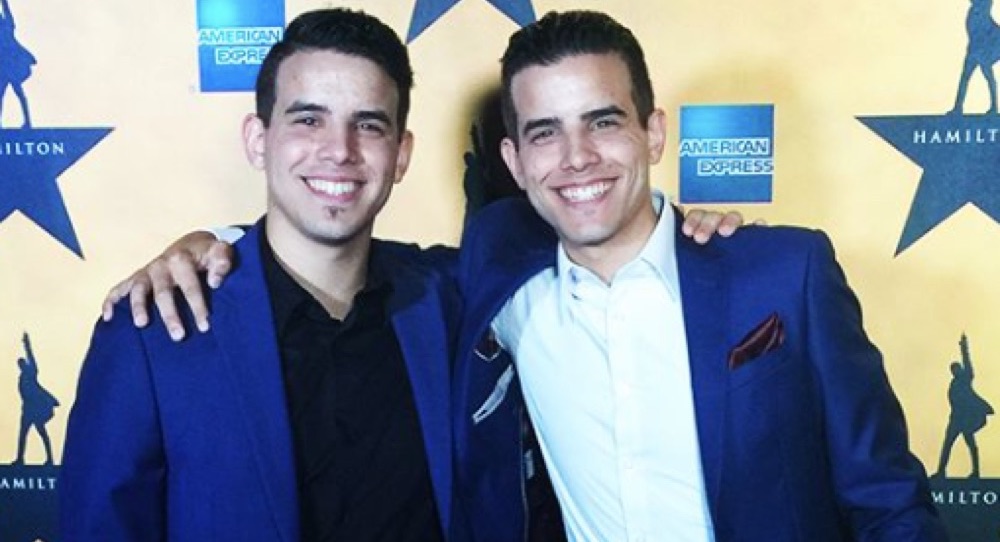 Broadway stars Jacob and David Guzman have been lighting up the stage together for almost 20 years. Growing up, they did everything together — from soccer to tennis to, of course, dancing. They got their dance training at The Gold School under the direction of Rennie Gold (who also has a dancing twin brother, Rhee), a studio in Brockton, Massachusetts, known for its large number of talented male dancers. Other notable alumni are Tim Stickney, Kenny Wormald and Ross LeClair. The twins loved training together and started off performing duets instead of solos, which helped them “compete with each other and not against each other,” says David. 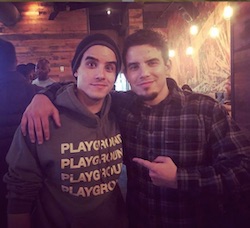 Fast forward to their senior year of high school, and you’ll find the Guzmans moving to New York City for their Broadway debut in Newsies. They performed together there for a few years while settling into the bustle of the city, making “brothers for life” beyond the flesh-and-blood ones they arrived with. When they found out that Newsies was closing, they felt uncertain of the path ahead.

Within a short time, however, the twins booked Peter Pan Live on NBC. “I had a really great time with the cast,” recalls David. “We would play a lot of games, and it was always a positive environment.”

Other career highlights for both of the Guzmans include performing on Dancing with the Stars and at Fire Island Dance Festival. “I feel very lucky that everything has worked out the way it has,” Jacob shares. “I love how much I’m learning from each experience, good and bad, to improve for the next opportunity.”

After Peter Pan Live, Jacob and David’s paths led away rather than toward each other for the first time in their lives. Jacob booked the Broadway revival of Fiddler on the Roof with choreography by the famed contemporary choreographer Hofesh Shechter, while David went on the Newsies tour. While Jacob faced the artistic challenges of performing a depressing (and of course wonderful) show night after night, David faced the more practical challenges of being away from his new home in New York City filled with close friends and his brother.

Up next for the Guzmans was David booking Hamilton on Broadway. “It was very special,” he says, “as I was able to perform with all of the original company, which also was a challenge since I was joining a group that already had a chemistry.” David also enjoys being able to perform so many different tracks as a swing. The twins have a running joke that each is constantly outdoing the other in a sort of friendly competition – first Jacob books Fiddler, then David books Hamilton and so on. Upon the closing of Fiddler, Jacob kept the pattern going by booking the Hamilton Angelica tour, where he was dance captain for two years. The split paths that the twins temporarily took were slowly but surely leading back to each other. 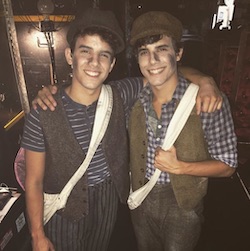 Now, they are in rehearsals for the West Side Story film directed by Steven Spielberg and choreographed by Justin Peck. The preparation process for the film has been very intense, and Jacob says that he is in “the best dance shape” of his life.

Outside of all of their Broadway stardom, they are starting a company called Playspace with fellow TGS alum Jules Joseph.

“Playspace is a new place for people to take class with no stress,” Jacob explains. “A place to have fun, learn and train in a new environment.”

“Playspace is a place to learn from and connect with elite choreographers,” adds David. After seeing Kenny Wormald’s success with his studio, Playground LA, and being inspired by jam sessions in rented studios with friends, Jules and the twins wanted to provide a similar service to NYC, catering specifically to the “New York dancer”. In the near future, they hope to gain a consistent following of students, offer a larger number of classes and create a website that offers online registration. Further in the future, they hope to own their own dance space.

We asked what advice the Guzman twins might give to other dancers. David reminds dancers to be true to themselves and not to try to be someone or something that they aren’t. Jacob adds, “Remember that everything happens for a reason and stay positive and hungry for your goal.”