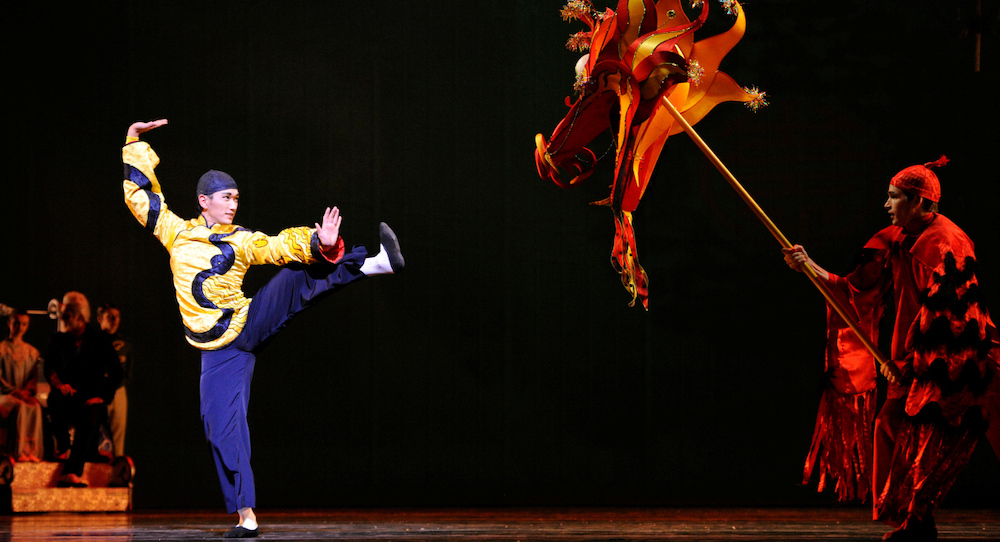 It was yet another Nutcracker season at New York City Ballet (NYCB), and the company was getting more and more letters questioning the offensive, stereotypical Chinese variation. NYCB soloist and diversity board member Georgina Pazcoguin suggested that (now former) Artistic Director Peter Martins reach out to her colleague, Phil Chan, a Chinese-American arts administrator and former ballet dancer himself. The question at hand: How do we respectfully represent Chinese culture while also preserving Balanchine’s artistic legacy and tradition? 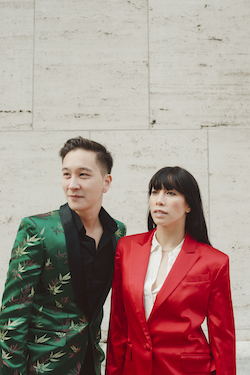 In their meeting, Chan and Martins talked about the history of representing different races in America and other social phenomena involving race: The Yellow Peril during the Gold Rush, the Chinese exclusion act, political satire and cartoons, Japanese internment around WWII, and blackface performance. As art mirrors life, and these sentiments were revealed in performing arts through caricature, exoticism, and orientalism. But what are the real repercussions of those depictions today?

“In The Nutcracker, any dancer of any race can dance any other variation,” explains Chan. “But for some reason, we feel the need to emphasize race in the Chinese variation.” Chan and Martins looked at three parts of Balanchine’s Nutcracker: the choreography, makeup and costuming. With permission from The George Balanchine Trust, Martins made subtle but impactful changes to all three. These included taking out the coolie hat, rechoreographing the bowing and shuffling, altering white face makeup and substituting geisha wigs with simple headpieces. When companies across the country perform Balanchine’s Nutcracker today, they can choose between two options: the original Balanchine choreography and Martin’s 2017 modified version.

“I called Gina right away,” remembers Chan. “I was shocked. Peter Martins was going to change Balanchine’s Nutcracker!” George Balanchine’s Nutcracker has always been at the heart of American ballet. It was the first production broadcast on television in the 1950s. Chan wondered, if Peter Martins, one of the most conservative dance ambassadors, is willing to change, why not everybody else? 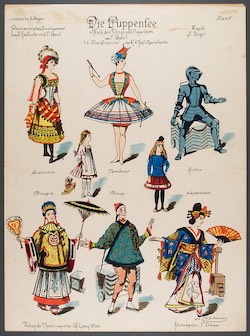 Chan and Pazcoguin co-founded a straightforward but significant endeavor, Final Bow for Yellowface. “We didn’t want to call people out for being racist, and we didn’t want to become the ‘PC police,’” Chan describes. “What we did was simple and seemingly not too controversial.” They purchased www.yellowface.org for $10 and created a pledge: I love ballet, but in the spirit of diversity, I am committed to eliminating outdated representations of Asians on our performing arts stage.

Initially, Chan and Pazcoguin reached out to a few ballet companies with whom they had relationships: Dance Theatre of Harlem, Ballet West and Pacific Northwest Ballet. All three saw the no-brainer opportunity to get involved. “We didn’t push any press,” says Chan. “We just approached companies to be a part of this conversation.” It wasn’t until Thanksgiving (prime Nutcracker season) that The New York Times broke the story. “Suddenly a lot of smaller companies signed the pledge after this press release, and pretty much every major American ballet company is now on board.”

He continues, “We quickly became a resource for this conversation even though we were certainly not its pioneers,” explains Chan. “Broadway and Hollywood had been struggling with this for the past few years. But with ballet, it’s not as common to reimagine the classics.” There is so much in the classical western repertory that is very beloved but also has problematic themes, characters or moments of dialogue that could be offensive. We often don’t realize this because these works have been handed down for generations. It takes a minute to step back and do the work. 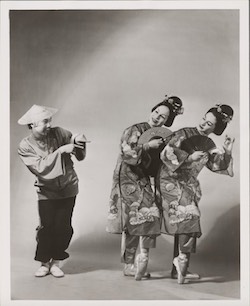 What does that work entail? It could mean altering the makeup or costuming choices, revisiting choreography and blocking, or even just changing the intention of a single line. Chan recently worked with Arena Stage’s production of Anything Goes. “The Cole Porter Estate stipulated that we keep the script intact,” he explains. “But we altered the context of the problematic lines, so the Asian people weren’t the butt of the joke; they were in on it.”

There are still many purists who disagree with any alterations to these classic ballets. “It makes me ask myself, ‘Am I making a big deal out of nothing? It’s just dance!’ But then I get messages from young Asian dancers and students who suddenly feel represented, empowered and heard. That makes this work meaningful.”

To learn more about Final Bow for Yellowface visit www.yellowface.org.