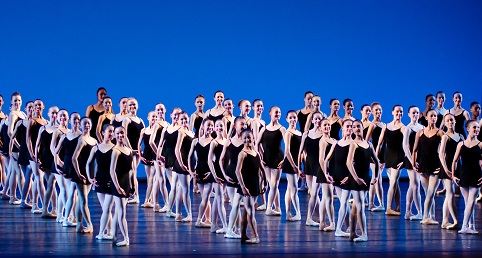 The Youth America Grand Prix (YAGP) is a prestigious annual ballet competition dedicated to student dancers ages 9-19, attracting approximately 5,000 competitors to its twelve US regional and four international competitions.  Of the 2012 competing dancers, 300 students from 26 countries advanced to the finals.  Dance Informa spoke with YAGP founder Larissa Saveliev just before the annual finals, which convened from April 22-26 in New York.  She shared that “more than ½ of the finalists leave NY with some sort of scholarship to pursue their dance education further.”

The Youth America Grand Prix has been receiving some deserved attention thanks to the award-winning ballet documentary First Position scheduled to come to cinemas in May 2012.  The documentary follows six young dancers as they balance the physical and emotional demands of competing in the Youth America Grand Prix with the similar inherent demands of adolescence.  As the movie suggest, the process is riveting and demanding.  Dancers competing in the YAGP are adjudicated on two performances; a classical piece selected from an approved list of repertoire, and an open piece intended to allow opportunity for the dancers to show themselves in a different style of dance. Some opt to forgo pointe shoes in favor of showcasing themselves in a modern piece while others select new classical choreography to showcase their performance range.  Saveliev explains, “right now you cannot find a company in the world who only does Swan Lake.  We try to prepare them for a future career and try to guide them in how to find a job and how to find scholarships.  You have to be versatile. It is an extremely important point we try to teach them.” 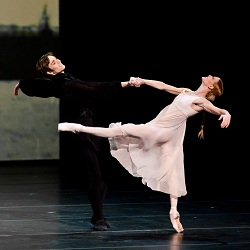 The YAGP is unique in its service to the youngest set of student ballet dancers and the rewards of competing last a lifetime.  Scholarships pair promising young dancers with premier training and have resulted in an impressive list of alumni.  Former YAGP award-winning dancers are performing in companies around the world, including American Ballet Theatre, New York City Ballet, Paris Opera Ballet, Alvin Ailey American Dance Theater, The Royal Ballet, The Hamburg Ballet, The Stuttgart Ballet and others.  Saveliev praises the integral YAGP networking opportunities for helping dancers find their career paths.  And, for the 9-12 year old dancers who are typically too young to leave the country or commit to professional dance, Larissa says YAGP provides them “goals so they can work towards something and tries to educate them about what’s gong on in the world of ballet right now.”  She adds, “We look at ourselves as a membership club.  If you compete once, you become a member for a lifetime.  Any service you need, you get it for the rest of your life.  We’ll be there to help them.”

Larissa has been true to these goals since she and Gennadi Saveliev founded the 501c(3) YAGP organization in 1999.  She is a former dancer with the Bolshoi Ballet who desired an “outlet to learn and get guidance as a teacher” after moving to NY in 1995. Competitions were very popular in Russia.  “You learn so much by seeing it. Teachers watch and see what other teachers are doing,” says Saveliev.   In the 1990s there was nothing in the United States that paralleled the Russian Competitions.  “That’s what gave me the idea to come up with something that would serve this need”, she expands. “We started very small and we worked very, very hard.” 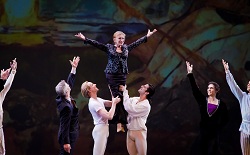 In honor of teaching and inspiring young and old, teacher and student, the YAGP competition includes feature performances.  This year the YAGP presented a tribute event honoring Ballerina Assoluta, Natalia Makarova. The performance celebrated Ms. Makarova’s contribution to the world of ballet by presenting some of her most memorable roles performed by today’s leading dancers, including performers from Stuttgart Ballet, NYCB, ABT, San Francisco Ballet, The Royal Ballet and more. Saveliev adds, “(Makarova) designed the program herself. It had a lot of archival video footage that had never been seen before and she told us about it and talked about her life and the choreographers she worked with.”

The YAGP’s focus on serving young dancers also extends to its historically sold-out culminating Gala performance.  Performed in the David H. Koch Theater at Lincoln Center, and heralded as “The highlight of the season” by Clive Barnes of the New York Post, the gala brings future stars and established stars of today onto the same stage.  “We try to bring all different kinds of choreography and styles to the Gala performance”, says Saveliev.  This year’s event was chaired by American Idol producer Nigel Lythgoe, Black Swan choreographer Benjamin Millepied and prima ballerina Susan Jaffe.  The performance was highlighted with world choreographic premiers by Dresden Ballet’s Jiří Bubenĺček, with an original score by Karen LeFrak, ABT’s Marcelo Gomes, with an original score by Ian Ng, and NYCB’s Justin Peck.  This program featured YAGP alumni who currently perform with over 50 international ballet companies. The opportunity for selected 2012 competition finalists (the stars of tomorrow) to share a concert with current premier dancers from around the world (the stars of today) is awe inspiring.