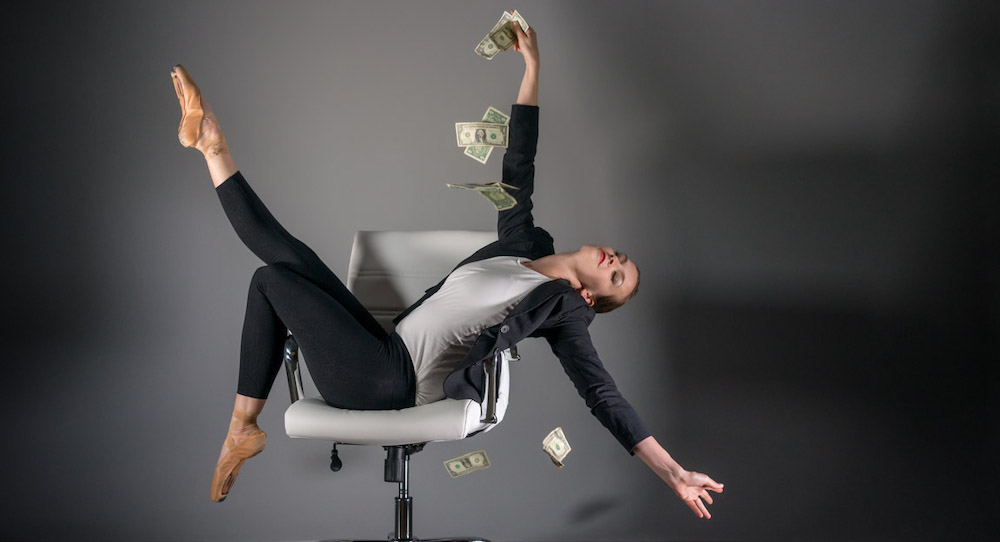 There are some things out there in the world that affect us all – the wider economy, climate and weather, large-scale shifts in social mores. Works of dance on these ideas have the potential to appeal to broad audiences – because any viewer has some sort of entry point, can relate in some way. Yet it’s a tall order to encapsulate such big, influential ideas in movement. Supportive theatrical elements such as costumes, lighting and props/sets can assist in this translation, but they also have their limitations.

Washington, D.C.-based Moveius Contemporary Ballet (MCB) is making waves doing just that, however. The company includes part-time dancers, with some who’ve danced in full-time companies. “D.C. is coming up in the dance world, with a growing, great pool of dancers,” says Diana Movius, founder and director of the company. There are more part-time companies exploring concepts and making work, with local venues relatively accessible, she attests. MCB “found that we could work with local choreographers and be experimental, even radical,” Movius shares. 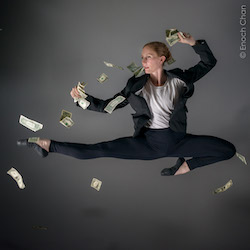 Two different works she has choreographed encapsulate big, universal ideas – one on climate change and another on the 2007-2008 financial crash. Movius describes how since 2014, her vision for the company has been to make “longer, meatier works” on big ideas, rather than following a mixed-rep model (which the company had done prior to that, since the company’s formation in 2010).

The company began working on the climate change ballet, Glacier: A Climate Change Ballet, in 2015. Movius believes that the fact that the topic is still relevant, three years later, and speaks to its significance. She’s also a climate policy expert for her “day job”, she explains, so she could bring that knowledge to bear in making the work. Yet translating such a complex concept in movement was anything but easy at first. An “ah-ha moment” came when she was learning about how different types of ice melt in different ways. Movius then had a physical idea with which to mold movement.

The work has also been tied fairly closely with her colleagues in the climate arena. Movius describes how part of the inspiration to make the piece was seeing how doggedly her colleagues all over the world worked to drive innovation and change in this space, “working until 3am to make things happen.” When the piece came to life, she was intentional about presenting it in spaces where climate solutions were in the works. One of these spaces was the Global Climate Action Summit. At another public performance, the board of the Natural Resources Defense Council was in town and bought a row of seats.

These individuals sought her out after the performance in order to discuss bringing the work to other locations. The same discussions have happened with members of an NGO (non-governmental organization) based in China, scientists based in Iowa and a professor at Stanford University. While Movius can’t know exactly how audience members experienced these works in their heart and mind, she can highlight these connections, as well as standing ovations, as evidence of the work resonating with audience members. She shares that people appeared happy to see the issue represented on stage. “It’s been good to have art in this conversation,” she expresses.

The work on the 2007-2008 financial crash, Rite of Spring, Crash of Fall, was similarly difficult at first to manifest in movement. The piece was commissioned by the Kennedy Center as part of its highly competitive yearly Local Dance Commissioning Project. Movius shares that her creative process with the work began with research into what happened. Two elements stuck out to her as particularly salient and potentially generative for movement – predatory lending practices and subprime mortgages. To Movius, these concepts evoked qualities of hollow-ness and vulnerability to collapse. This association led her to use collapsable IKEA boxes in the work. Movius describes how her mother-in-law said that characters in debt covered with these boxes was a very tangible, powerful way to represent their “buried-in-debt” condition. 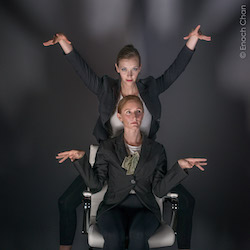 Also key in generating the work was delineating three different groups involved in the crisis – people in governmental institutions (“Washington”), people in banking institutions (“Wall Street”) and the people most affected (“Main Street”). “Washington” and “Wall Street” were represented in Part I, and “Main Street” in Part II. Regarding predatory lending practices, a “happy accident” (so to speak) occurred; it’s been proven and well-documented that banking institutions most heavily targeted minorities with such practices, and it just so happened that most of Movius’ “Main Street” dancers were persons of color. Further, Movius’ “Wall Street” dancers were “three beautiful blondes,” she recounts. “I didn’t realize this until someone pointed it out to me!” she says with a chuckle. Finally, the music for Rite of Spring seemed to work perfectly to Movius because of the common thread of “someone being sacrificed.”

So how did audiences receive this work, on another theme that has affected everyone and anyone who might experience it? Like with Glacier: A Climate Change Ballet, “people seemed grateful to see it on stage,” Movius says. “It seemed somewhat cathartic for them, having gone through the crash.” All in all, it seems as if Movius’ intent to make works on big, universal ideas is going well – creative processes flowing (if with obstacles here and there, as can feel inevitable), and audience reception generally quite positive.

Where to from here? Amongst other ideas, Movius wants to next explore deforestation of the Amazon rainforest, as well a retrospective of police brutality – and resulting activism – in the 1990s. There can be a place for art with all kinds of lenses and themes. Yet Movius seems to be working with the motto of “go big, or go home”, and exciting things are happening as a result.