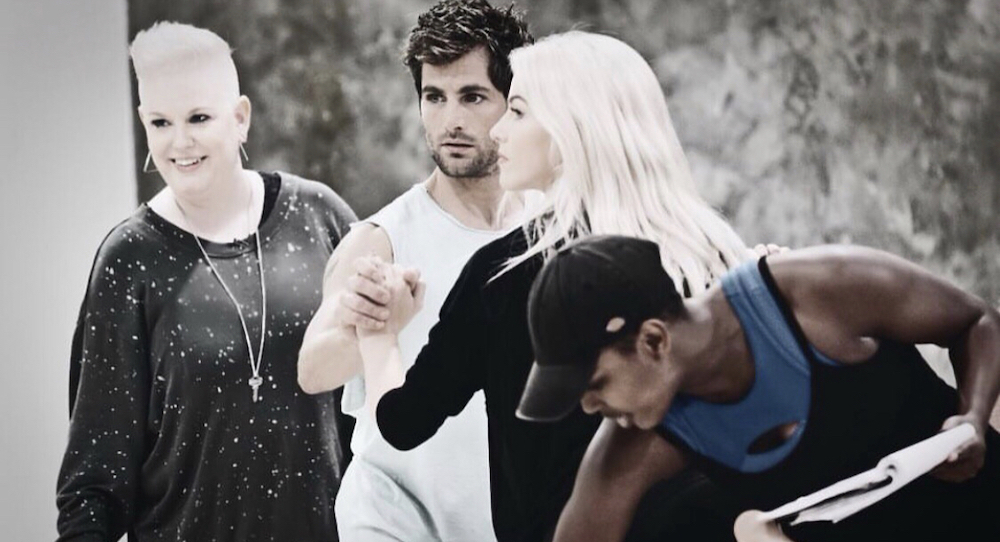 In dance class, we practice tendus and pliés into complex leaps and turns. In rehearsals, we create and refine works of dance art. Yet do we ever train in goodness, in treating each other with honesty and integrity? Those things are key ingredients in building trust and true community, which are, in turn, key in creating meaningful, intelligent art. Marinda Davis of Star Dance Alliance seems to have begun learning these lessons – along with the value of hard work, putting one’s best face forward in the midst of perhaps injust obstacles, and being patient with achieving one’s dreams – at a young age. Here, Dance Informa speaks with Davis about these matters, as well as the arc of her career and where she’d like to go from here.

What is your role at Star Dance Alliance? What helps you to balance it all? 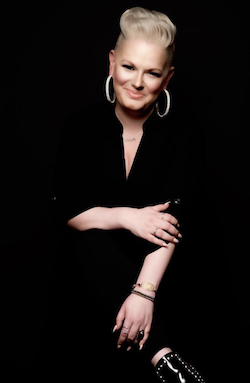 “I’ve had many a role throughout my 18 years working for the SDA (I was 16 when I started). I was very fortunate to have so much given to me so young, and mostly thanks to Grace Wakefield. She believed in me and actively pushed for my advancement in a mostly male-dominated industry. Even so, she expected a great deal. She used to tell me that because I was the youngest, I had to be three times better.

My first job was a Team Leader for their summer program, Power Pak, as well as assisting their then dance convention, Dance Power Express. I then went on to assist Power Pak choreographers Lisa Allain and then Ray Leeper, eventually becoming a member of the Power Pak faculty in 2006. In 2009, I joined the faculty of Wild (SDA’s convention), and that same year I was asked to step into the role of Power Pak choreographer, which as an original Power Pak kid who dreamed of it, this was a total full circle moment. I’ve been doing it ever since. This summer will be my 11th year.

I was also an adjudicator from 2003-2012, but I had to retire because no matter what obscure city we traveled to, someone would show up with my choreography.”

What other roles might you play in the dance world? How did that develop? 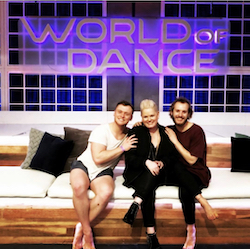 marInspired on the set of ‘World of Dance’. Photo courtesy of NBC.

“I am a freelance choreographer, so I choreograph and teach all over the world. To give you an idea, in 2017, I created 257 original pieces. I am the Artistic Director of my company, marInspired ; the storytellers. I’m also a Creative Director. You can find my work on Dancing with the Stars, World of Dance, Tosh.0, Julianne Hough and the Giordano Company.”

Concerning your career in dance, what’s the best piece of advice you’ve ever be given? 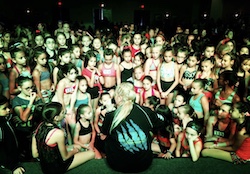 “My childhood dance teacher, Ms. Tammi, instilled in me that it was equally and more important to be a good person rather than just a talented artist. My mentor, Sheila Barker, further impressed and demanded this. There’s a lot of not-so-good people who get farther faster in this industry, but to have a reputation for kindness and integrity as well as talent is something extremely rare in this industry. People, take note.”

What’s a mistake you’ve made that you could guide others in avoiding? 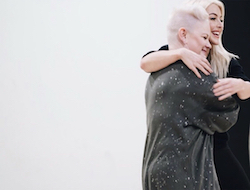 “A mistake I’ve made is getting upset about my dreams not coming to me on my desired timeline. Dreams come to you when you’re most ready and able to accomplish them with maximum impact. You have to trust that when something doesn’t come to you, it’s not meant for you. But something even better is coming your way, if you have the patience and dedication to wait for it. But it only comes to you if you’re actively working toward it.”

Where to from here?

“Bucket list: choreographing an original Broadway show, being commissioned to set work for NYCB, and having made enough of a difference in this world to be a Kennedy Center Honoree.”