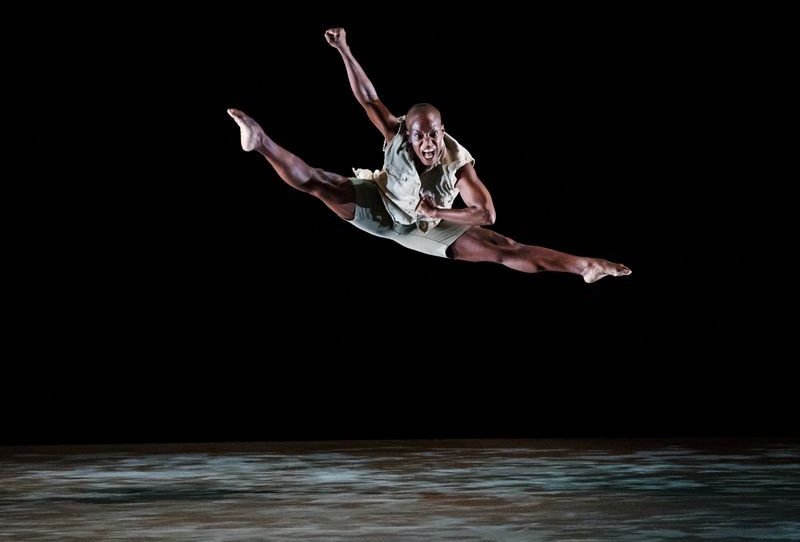 The Alvin Ailey American Dance Theater is a very special company, as are its dancers. Currently, the company is gearing up for its annual New York City Center season, running November 28-December 30. The energy you will see on stage reverberates throughout the studios at the company’s headquarters in New York’s Hells Kitchen district. 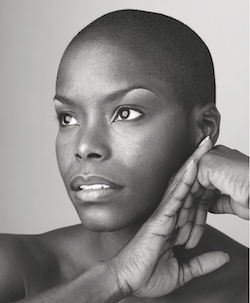 Among the distinctive Ailey dancers is Hope Boykin. Boykin’s personality is caught up in this atmosphere. She is outstanding among her peers. She is proof that it takes more than just technical talent to become a wonderful performer with a continuing career in a major company. To sustain a career, a dancer like Boykin must use all the facilities in their makeup to achieve this star quality.

When Boykin appears on stage, her spiritual quality is an immediate attraction. Beginning in Durham, North Carolina, her boundless energy pointed her toward all dance styles: jazz, tap, ballet and her athleticism toward gymnastics. Among all these, Boykin’s love for modern dance classes was front and center, especially for the Graham style.

American Dance Festival, founded in 1934, in Philadelphia, Pennsylvania, was the organization where Boykin received her early training. She was a three-time awardee of the American Dance Festival’s Young Tuition Scholarship. The list of awardees reads like a who’s who in modern dance. The organization stresses education and affords their students not only training but also performance opportunities. In its years of operation, it has hosted an enormous enrollment and garnered awards for the quality of its teaching and choreography.

Boykin also received early performance opportunities in school recitals and high school shows and competitions before entering Howard University in Washington, D.C. Although there was no designated dance department at the time, students could study musical theater but not receive a major degree in dance. While in Washington, she danced with the New World Dance Company under the direction of Lloyd Whitmore. 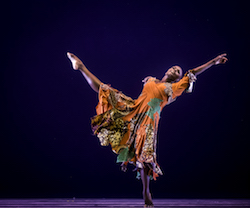 Upon graduation from Howard, Boykin studied at The Ailey School. It was there that she performed her first solo, a piece choreographed by Matthew Rushing. Boykin was invited by Dwight Rhoden and Desmond Richardson to become an original member of their company, Complexions Contemporary Ballet, and this was her first paying job. Later, she was a member of the Philadanco company. Founded in 1970 by Joan Myers Brown, Philadanco provides opportunity for black dancers.

Boykin joined Alvin Ailey American Dance Theater in 2000. Here, she has remained performing in an enormous repertoire, many roles created or her. An important one was the lead role in Odetta, inspired by the celebrated folk singer, choreographed by Rushing.

In developing an interest in choreography, Boykin began creating her own style. Every opportunity given to her was a chance to explore different moves and discover she had something to say. Early mentors were the late choreographer, Talley Beatty, whom she assisted; and the teacher, Madame Gabriela Darvash, who helped her to establish her choreographic style. To date, Boykin has produced three works for the Ailey company: Acceptance In Surrender, in collaboration with Ailey company members Abdur-Rahim Jackson and Matthew Rushing; Go in Grace for the company’s 50th anniversary season; and r-Evolution, Dream, inspired by the speeches and sermons of Dr. Martin Luther King, Jr. (for which she also designed the costumes). She says she feels blessed to have worked first with Judith Jamison, who hired her, and now Robert Battle, “who respects tradition but is not afraid to move ahead.” Her advice to young dancers and choreographers is: “Don’t lock the lid on your box; pursue what you can do best.” She teaches master classes in New York City. (Check her website for upcoming events.) 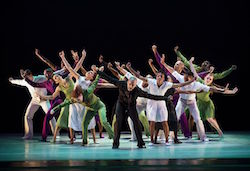 As a choreographer, Boykin is always processing new works. She is constantly thinking of new ideas in her head and, in addition to stage works, she is interested in the medium of film. She is inspired by all types of music and is interested in original music by friends for collaborations. With changing styles in dance, Boykin says she feels that she was “born in the right time and would love to choreograph for a classical ballet company. Women need a platform to create and must be given the opportunity.” She is the recipient of a New York Dance and Performance Award (Bessie).

Boykin, who lives in Harlem, attends church each Sunday in The Bronx with her neighbor and fellow company member, Matthew Rushing. It is the main event in her Sunday. She has performed in a Dance Ministry within the church. There are deep aspects in Boykin’s choreography from a simple piece performed in church to the pieces she has made for the Ailey company. Outreach and mentoring are very important to her. As a student, she was mentored by her teachers. A favorite was Fred Benjamin.  As a dancer, in her early days, was mentored by Judith Jamison, then director of Ailey. As a choreographer, her early mentor was Joan Myers Brown and then Talley Batty. As a teacher, she is enthusiastic in passing on the Ailey style and choreography to the young dancers in the company. Her involvement with audience development is exhibited in her verbal skills, when the Ailey company presents special performances for young audiences. She has an easy way of communicating. Using her skills, Boykin, in practice clothes, on a bare stage, addresses a New York young audience at a program especially designed to build an interest in the company, explaining the technical workings of what it takes to put on a show. She then puts the audience through Horton choreographic arm movements, which are the basic style of the Ailey company. Ailey has the most enthusiast audiences, and the company has a wonderful way of marketing to keep them involved. There is the Ailey Extension program, where anyone can participate in a variety of dance classes. 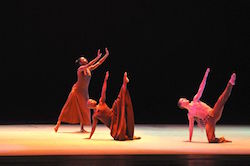 In addition to its two New York seasons and annual performances at the New Jersey Performing Arts Center, the company is frequently on tour throughout the United States and abroad. Boykin feels that travel is important because in broadens the mind. In addition to performing and choreographing, her interests include writing, film and photography.

Boykin says she loves performing in Alvin Ailey’s masterpiece Revelations, Mauro Bigonzetti’s Deep, and, of course, Odetta. She is spiritual and radiates from within. Have a look at her choreography and performances on YouTube, and enjoy her dancing with the Alvin Ailey American Dance Theater, which will be celebrating its 60th Anniversary when in residence at the New York City Center from   November 28 through December 30. It is a wonderful way to finish out 2018 and ring in the New Year 2019.

For a full season schedule and to purchase tickets, visit www.alvinailey.org/engagement/new-york-city-center-2018. For more information on Hope Boykin and her upcoming events, head to www.hopeboykindance.com.