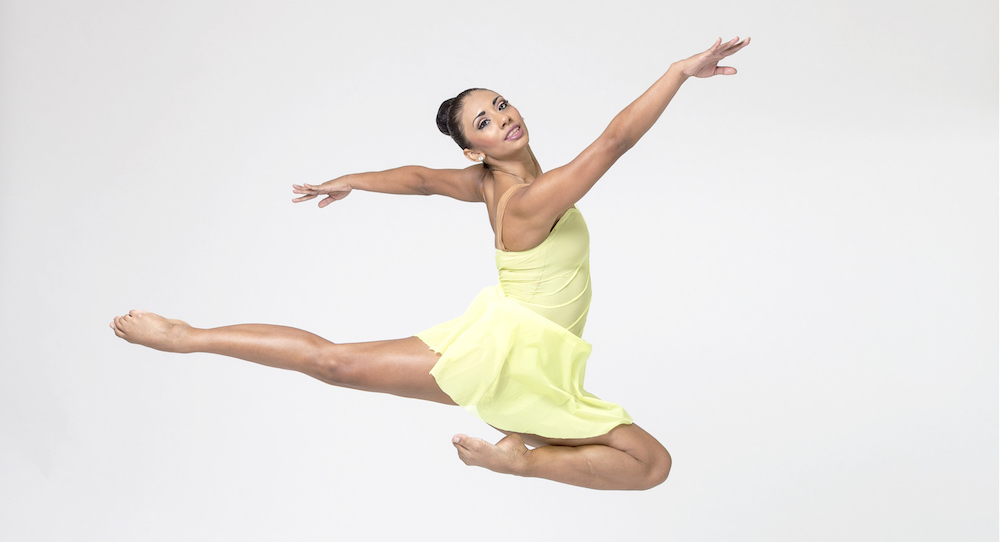 Dance Informa had the great opportunity to have a conversation with Founder and Artistic Director of Philadelphia-based company Philadanco, Joan Myers Brown. The conversation could have gone on forever. With bold personality and viewpoints on time, dance and reality, Ms. Joan, as she is affectionately called, shares some thoughts on Philadanco’s current Joyce season in New York City (running through June 17), and what we can expect next from the company. Check out our conversation below. 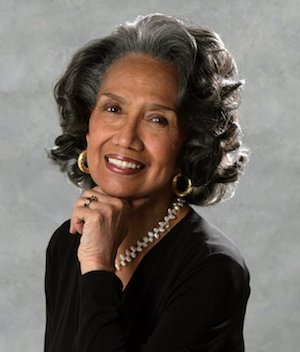 Can you tell us a little about Philadanco’s Joyce season and what excited you about it?

“Well, we haven’t been to the Joyce in many years. Coming back, I think it’s an opportunity to engage in that community again. We had a big following that used to come. We used to sell out and create a lot of excitement. We [were] hoping that returning to that theater after many years will be good for us and bring us back, let people know we’re still around and hopefully they still think that we’re doing good work.”

I want to personally thank you for all of the hard work you’ve done for the younger generation of dancers. I went to the University of the Arts, I’ve met you once, and have a few friends who were in ‘Danco, so I know of all the work you’ve done on the frontlines to make dance possible for someone like me.

“Oh yes. Well Tommie is still with me; and if you went to Arts, you had Kim Bears and Donald Lunsford, correct? They are still with me. I still have ties with Arts; we continue to interact, and I appreciate what UArts is doing under the new direction of Donna Faye – that she’s keeping the ties that Philadanco has with the University. A lot people still don’t know what we do or what we have done. You know, I came up in the time of segregation, but the segregation made me more determined to do other things, so a lot of the opportunities I created were because of the fact that there was segregation. I think people take for granted things were always as they are; they don’t know that there were times when things weren’t easy for people of color, and I also feel as though I can’t practice segregation. I can’t have an all-black company and talk about segregation myself, so I try to integrate my company with members of the Latino community, members of the Caucasian community. I haven’t been lucky enough to have a Native American, but that’s something that I’m reaching out to the Native American community with the International Association of Blacks in Dance (IABD), the organization that I started. There is still work to do. It doesn’t change especially as far as presenting, funding. I always use the quote that Sammie Davis told me. He said, ‘I don’t care how rich you are or how famous you get; you’re still black.’ It hasn’t changed as much. On the surface, it may look like it has, but deep down, we still have the same problems.” 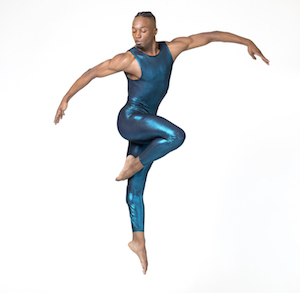 Were you ever scared to be a leader or someone who was championing the cause?

“Well, you know, there are times when I felt it was important to shut up. But I have always been the one who was the troublemaker. One of my bosses would say I always had something to say. I make it important that someone speaks up, and I think that the Association of Blacks in Dance made inroads into a lot that personally I couldn’t have done, but the organization could step forward and the new leadership is not afraid to speak up. After awhile, you have to turn it over to a new generation.  And again, I think it’s important to know when to speak and when not to. It took me a moment to learn that. I made a lot of people mad. I think it’s important to still shake the tree, because all the berries don’t fall off in the right place.”

Speaking of cultivating a new generation of leaders, as far as Philadanco is concerned and its succession, do you know what’s going to come next for the company as far as leadership goes?

“Well, we have a program at IABD called ‘The Next Generation Leaders’. It’s part of the Ella Foundation training of the young generation of artists so that they don’t go out thinking they know everything and they don’t really know. The things about running organizations, reading a financial statement — those are things we are making a concentrated effort to train the next generation of leaders of color. Sometimes, I teach at Drexel, and the black youngsters, they don’t want to work for a black organization, they want to go to the opera or the ballet, they want to go to the top when they should be reaching back and helping the organizations in the community so that the next generation has an opportunity. I am really interested in someone who used to be in my company. Kim Bears-Bailey, I sent her to Urban Bush Women, because I didn’t really think my company was the place for her. She got her doctorate and is now heading the dance department of a major university. I’ve been grooming her and reaching out to her to take over Philadanco, because in 2020, Philadanco will be 50 years old, our school will be 60 years old. I want to go to the beach and not worry about fundraising, payroll, taxes. So I really have to think seriously about someone. Kim Bears-Bailey has been with me for 33 years, and now she thinks ahead of me. That’s really a good thing for me.” 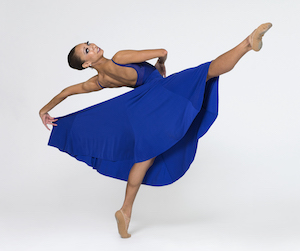 Congratulations on thinking ahead of the curve as far as succession goes. A lot of times companies don’t have a chance to create plans for their company to have new leadership, and it can really leave them in flux.

“I think it’s more important for single-choreographer companies because when they die, who’s going to keep the work alive? I have a repertory company that has the work of a lot of different choreographers. In fact, I have the archives of Talley Beatty, Pearl Primus and have been talking to Jawale about archiving some of her work with Philadanco. I think that choreographers who have companies need to be thinking seriously about what happens to their work when they are gone. We [blacks] have to learn to maintain and be protective of our legacy and our heritage. I don’t like the word legacy because I’m still around. I ain’t going no where yet.”

Being an African-American female leader in dance, are there any key pieces of advice that you would give budding female Artistic Directors?

“I had the great fortune of being a part of Camille Brown’s development. When she was first starting, I hired her, I helped her when she was starting, I’ve sent her contributions when she was struggling. Now she has a thing called The Gathering. She brings together women of color who are choreographers and company members. I think what she is doing with women is important. Me – I’ve done programs that welcome all-black choreographers, all-women chorographers, I’ve done programs that include chorographers from nations that aren’t American. So I think it’s not so much about women but diversity in general.”

What things do you think can be done to champion diversity in all forms of dance?

“You know, old people used to say, ‘Don’t talk the talk; you gotta walk the walk.’ So people do a lot of talk of inclusion and diversity. I’ll give an example: In my school, the teachers of color teach here, but the Pennsylvania Ballet hires them to teach the black kids, they don’t send the (white) ballerinas to teach their outreach programs. There is a lot of rhetoric with no follow through. It’s hard making organizations like that realize that they have to stop just talking about it. We are starting – I keep talking about IABD – we have the audition for black ballerinas, because a teacher approached me saying she didn’t know where to find black girls who could do ballet. We brought together 101 women of color from across the country and internationally to be seen by ballet companies. These companies need to look like America, and she is no longer ‘lily white’ art form. We brought 15 major companies to look at these black girls, so that was a positive step because they are hiring! PA Ballet for the 38 years that I have been around for the first time has two black girls in the corps. I haven’t seen them on stage yet, I haven’t seen them in a ballet, but they are there!”

What major things are next for Philadanco?

“I live day to day which is sad, but there should be an opportunity for Philadanco to have an Endowment. We aren’t funded on the same level as the white institutions; it will never happen. What I look forward to is being able to pay my dancers next week and making sure they don’t have to go on unemployment. I keep them on a 52-week contract and hope that next year there is work. Going back to the Joyce for the first time in 10 years is crazy, but we are there, and we are going to do a great job. I hope we sell a lot of tickets so I can pay the bills. I self-present when I go there; I don’t let them hire me, then I wouldn’t be able to pay the bill because they don’t pay enough. 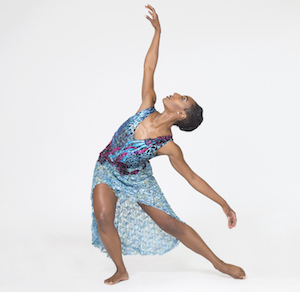 We [Philadanco] are looking forward to our 50th Anniversary, bringing IABD back to Philly, continuing to mount work, by young and upcoming choreographers. I am really excited for this upcoming program, because two of the choreographers used to be members of Philadanco. Tommie Waheed-Evan and Dawn Bazemore used to be members of Philadanco. Dawn is teaching at Rowen College, and Tommie is on faculty at UArts. Those are the kinds of people I want to help push up and keep going and growing. I know how limited the opportunities are for them, so they need someone who can guide them and help them. If it’s great work, I want to tour it. The piece we are doing of Dawn’s about the Central Park Five, I’ve never done it in New York, because I said I wanted to wait until we got to the Joyce to do it, and I’ve done it in cities all across the country. Now those are the kinds of opportunities I want to provide for the youngsters who work here and are home grown.”

There is so much work that has to do with social commentary and what’s currently going on in the world. The fact that you had to deal with some of that growing up and it’s still happening is astonishing. It’s important for work like that to be shared with people.

“We have to make a statement, but we have to do it artistically and beautifully. We don’t want to be offensive, but we want to be honest. It’s not like hip hop, where its all up in your face, but it’s the truth.”