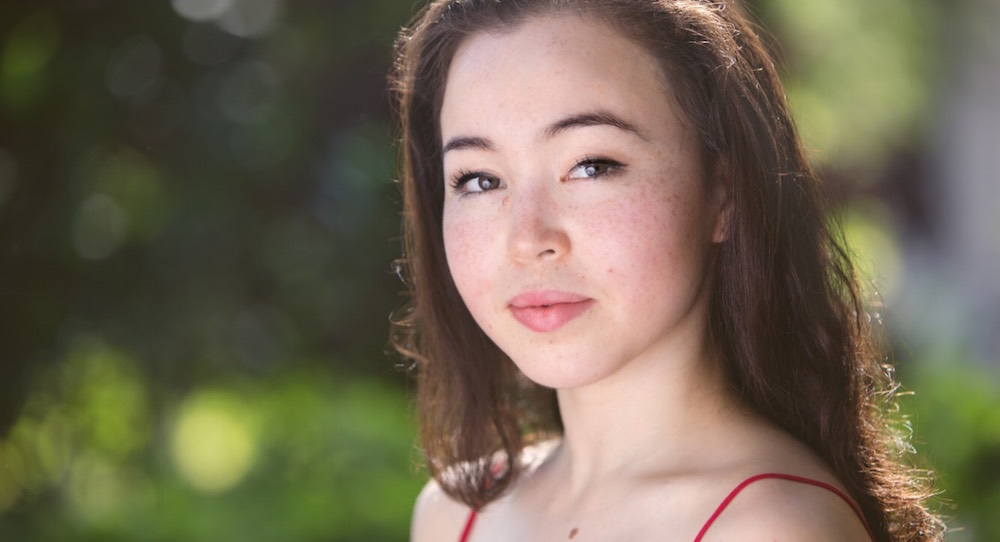 Life can take us on many twists and turns, guided by a sure compass of a powerful passion. For many dancers, that passion is particularly strong. Where the compass may lead can be rough territory, full of incredible challenges and places they never thought they’d venture. But the passion drives them ever forward. Natsumi Sophia Bellali is a clear example of such a dancer. Bellali is a native of Quebec, and a current performer, choreographer and teacher in New York City.

She has born to a Japanese mother and Moroccan father, setting in place many challenges and complexities – but also much creativity, perseverance and a strong work ethic. Bellali, with love rather than anger in her voice, describes her parents raising her with an attitude of “we brought you here and gave you this life, so you must work hard and succeed.” They noticed Bellali always dancing and moving, so they decided to channel all of it productively into formalized dance classes. 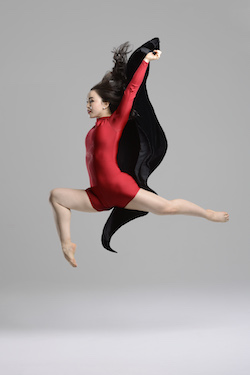 She was instantly hooked, spending many hours a week in ballet, tap and cultural dance classes. Bellali trained at the Ballet Montreal Performing Arts School and did some competition, she explains. Meanwhile, she was fluent in many languages. As a young child, before going to school, she only spoke Japanese and Moroccan Arabic. With school and extracurricular activities, she learned English and French.

Speaking with Bellali now, she has only the slightest, almost indecipherable hint of an accent. She agrees that, looking back, engagement with the body through dance could have been an oasis from the storm of languages all around her – which, arguably, would be a lot to handle for any young child. She laughs and quips that “my friends always say, ‘Natsumi, you speak so many languages, but in your job you don’t often speak!’”

Bellali loved dancing, but she didn’t know that she could pursue it as a career, she explains. That changed with studying at The Ailey School one summer. She had been studying pure and applied sciences in CEGEP, a pre-college two years of study in Quebec’s education system. She was fully prepared to go into civil engineering, until that wonderful summer at Ailey, she recalls. Bellali knew then that she had to dance as a career, first. She had one friend from her studio in Quebec who had moved to NYC to dance, and was doing fine – helping her to have confidence that she could also make it happen.

“I knew that I could figure out engineering later, but I only have so much time to dance,” she reasons. Her parents were initially skeptical but came to support her decision. They told her that if she was going to go down this path, she had to commit to and work at it 100 percent, and not just be something to do “for fun”, Bellali explains. She gave it her all dancing at The Ailey School, through a three-year certificate program.

Bellali is still interested in engineering, and it does impact how she approaches her work in dance, she says. She’s particularly fascinated with physics, for instance, and in how physics impacts the dancing body. “I really look at dance spaces and think about how to use them, how to engage with them,” Bellali explains. She says that she may someday do engineering-based workshops for dancers and perhaps even movement workshops for engineers.

For now, Bellali is teaching at the The School at Mark Morris Dance Center, ALDEN MOVES Dance Theater, and guest teaches/choreographs at Ballet Montreal Performing Arts School. As for performing, a major “break” was getting connected with Jesca Prudencio, a theatrical dance creator and producer. She was looking for Muslim dancers to speak to, and dance about, the experience of being a Muslim-American dancer. For she and her performance partner, it was a struggle to know how much to give of and expose of themselves to the work. Another challenge was that the rehearsal period, with five- to six-hour rehearsals each day, happened to be during Ramadan. The pair were concerned about this at the outset, but Bellali explains how “our hearts and our minds were so full during rehearsals, that we didn’t even feel hungry.”

She’s working with Prudencio again, this time for a dance theater work centered on the largely female experience of being harassed in public space – from the perspectives of women from different religions, ethnicities and races. She describes intriguing, organic, improvisationally-based rehearsal methods, such as walking across the room being guided with cues such as “you’re feeling completely confident,” “you’re feeling completely free,” “you’re being catcalled,” “you’re walking alone on a dark street at night” and the like. “Working on this project has deepened my purpose as an artist, why I dance in the first place and how my religion and my dancing connect,” Bellali explains.

For someone considering making the leap that Bellali did, to move to New York City or another dance-heavy city, Bellali advises having patience, to remember your purpose and get strength from that.  “It took me two or three years before I really felt like I was home here,” she explains. She also recommends finding a balance of work, training and self-care – when to eat, when to train, when to spend time with friends. Her first year studying at Ailey, for instance, she put all of her time and energy into training, she says. After that, she realized that she needed to spend more time with self-care and things outside of dance that bring her joy. “Trust the universe that what needs to happen will happen, rather than blindly plowing ahead, if things aren’t working,” she advises. At the same time, she reminds of how one can never know what’s in store on the road ahead. She affirms, “As long as I’m doing everything I can do every day, as best I can, I have no regrets.”