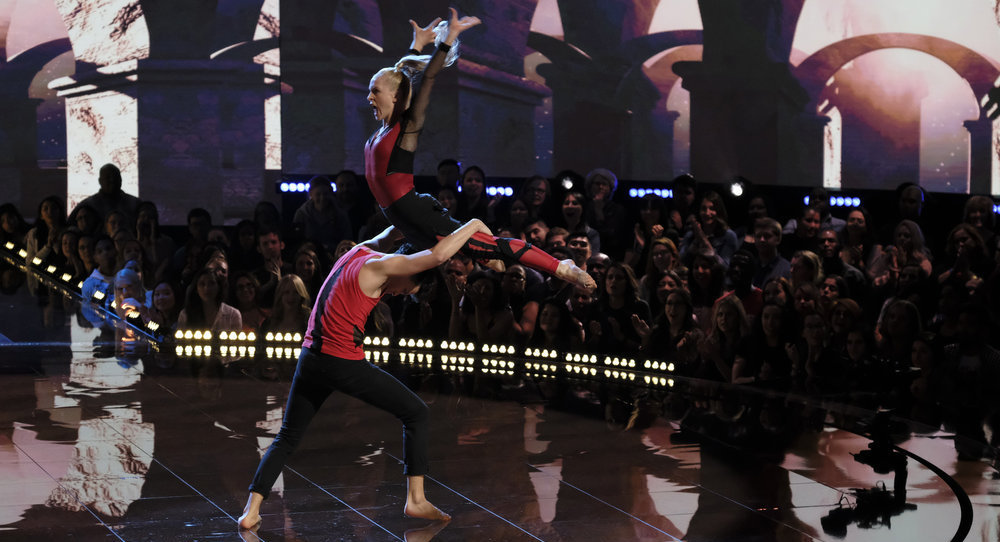 The Duels Round of hit dance competition show World of Dance continued to amaze as more groups went head to head with one another in hopes of landing their spot in The Cut. Although half of the dances would be going home, they would not do so without a fight. There were some heavy contenders and match-ups, and that made the fight even better for those wanting to get a step closer to the million dollar prize.

The first duel to make waves on the World of Dance stage was the returning group, The Lab, vs. Lil Killaz. Both teams came in vying for a spot in The Cut, and they didn’t hold any stops as they performed their routines. The Lab wasted no time as they started right away with tricks and other stunts to set that “wow factor” that the judges look for. Their routine had a martial arts flare to it, which was something a bit different than they had done in previous performances. The Lab’s swag never quit, and they were crystal clean with each movement. According to J-Lo, it was one of the best group routines she had seen. Equally ready and coming out swinging was Lil Killaz Crew. As one of the most reputable b-boy groups in the world, there was a lot of pressure on them as well to deliver a great performance. Lil Killaz Crew showed great athleticism throughout their performance with signature tricks and elements. They kept their energy high and created some great visuals, which added a nice touch to their routine. Although Lil Killaz Crew brought their A-game to this duel, The Lab claimed their spot in The Cut after scoring a 95. 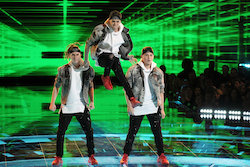 Alisa and Joseph were next up in The Duels round and chose to dance against Elektro Botz. With the challenge of adding more to their routines in the future, Alisa and Joseph took their urban dance style up a notch with a more intricate and sophisticated number. Their routine had a Michael Jackson-esque feel to it, and it gave the duo almost a new identity as they mixed popping movements with a smooth in sync isolations. Alisa and Joseph added more to their storyline approach but did so with an edge. Ready to prove why they came to duel was Elektro Botz. Their amazing visuals and musicality already made them a tough contender, and they sought to further their strides from the Qualifiers round performance. Elektro Botz chose to bring a videogame theme to their routine. They brought the same great characterization, which they were complimented on in the Qualifiers, and amped it up even more for their performance. They brought fire to the stage with their routine, making it tough when it came time to score their performance against Alisa and Joseph’s. Although it was a close call, Alisa and Joseph knocked Elektro Botz out of the competition and will get to continue to make waves during The Cut round. 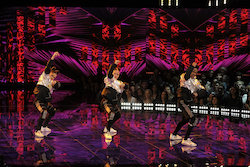 It was Sean and Kaycee vs. 3 Xtreme as The Duels round continued, and these two groups were forces to be reckoned with. 3 Xtreme tackled the World of Dance stage first with an explosive hip hop number. They brought great visuals to the table and raised the bar compared to their first routine. There was a constant energy to the trio from the bottom of their shoes to the top of their heads. They most definitely came to fight as they hit with one hard-hitting element to the next. Sean and Kaycee left no stone unturned as they began their performance. With an instrumental start, their movement went hand-in-hand with each other as they matched each note with an isolation or partnering element. Sean and Kaycee were in sync with each other throughout their routine, and their musicality was unbelievable. Every movement they made actually made their song choice better. Although these two groups made it difficult when it came time for scoring, Sean and Kaycee most definitely made their mark after scoring a 93.3 and will get to showcase more of their self-choreographed work in The Cut round. 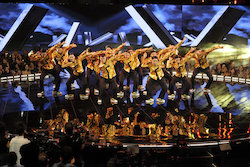 Synchronicity was the theme of the next pairing for The Duels as Royal Flux went against Lock n Lol Crew to see who could claim their rightful spot in The Cut. Royal Flux came equipped with graceful yet effortless movements to complement their music choice. The synchronicity throughout their performance was out of this world, and the fluid stunts throughout their routine was beautifully executed and well-received by the judges. Lock n Lol Crew started their routine with a strong beginning as they served picture upon picture with each transition. Although their music selection was not one that was expected for pop and locking, Lock n Lol Crew made the song their own with each movement and filled every space of the music accordingly. They further elevated their locking style with amazing synchronization and topped off a great routine with a strong finish. Although the scores were very close, Lock n Lol Crew locked their place in The Cut round. 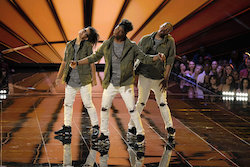 Hip hop vs. contemporary was the next in the lineup as Dragon House and Marinspired went head to head with one another to see who would secure yet another spot in The Cut round. The expectations were high for Dragon House as another well-known hip hop crew that came to win. Dragon House had incredible musicality throughout their performance as they hit one movement and transitioned into the next. There were highlighted moments each member had a chance to shine in. Dragon House had great showmanship in addition to a great energy in their routine. Marinspired brought an emotional routine to the table in dedication to Jamie, a dancer who lost her life in the Stoneman Douglas High shooting in February. They shared emotion along with great suspense in their partnering elements. Keeping true to their athletic yet elegant dance style, Marinspired delivered their storyline very well, and it resonated with the judges as well. The scoring was close between each routine, but Marinspired managed to grasp the spot in The Cut.

Closing the night was a duel between two very strong contenders in the competition. It was Charity and Andres vs. Vivian Ruiz in what would be a very memorable performance from both sides. Vivian Ruiz took the stage first, performing a raw yet vulnerable routine that was a crowd pleaser. Her technique was off the charts as she showcased control and extension that was out of this world. There was a whimsical touch to Vivian’s performance as well and was matched with heartfelt emotion that earned a standing ovation from the judges. Challenging themselves with something new, Charity and Andres took a step outside of the box and did something new. Their musicality was off the charts as they weaved in great partnering elements that were accented with technique and musicality that was off the charts. Charity and Andres delivered an intense performance from start to finish with each heart-stopping stunt, along with smooth transitions. After earning a standing ovation from all three judges and rave reviews, Charity and Andres made World of Dance history by having the first perfect score of the competition with a score of 100 from each judge.

The second round of The Duels left sparks on the stage, and there is more to come as more groups battle each other for a spot in The Cut round; moving them one step closer to winning the competition. Tune in to see who will continue on! You won’t want to miss these great performances.