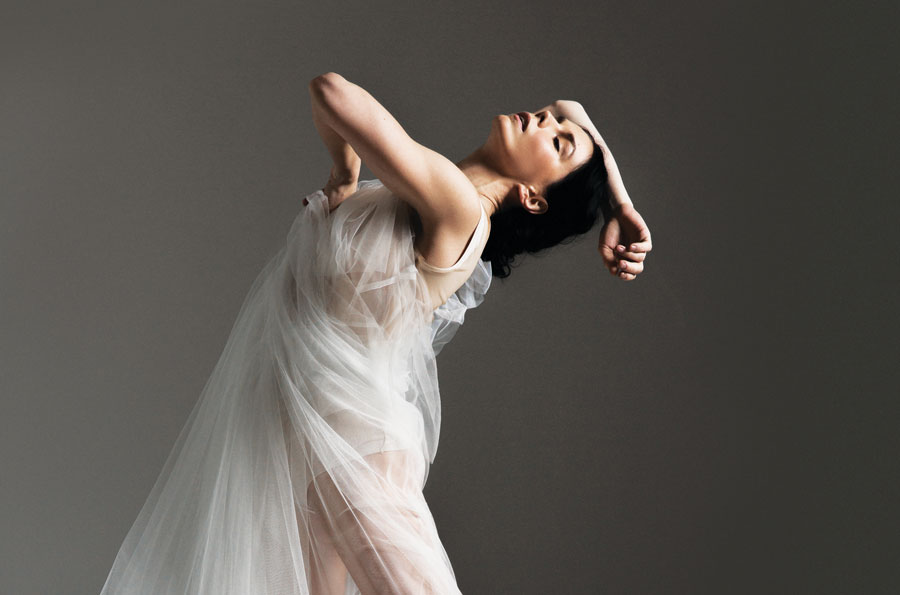 Ballerina Natalia Osipova is known for her breathtaking portrayals of Giselle, Juilet and Princess Aurora, and she has danced with prestigious companies like American Ballet Theatre, Mikhailovsky Theatre, the Bolshoi Ballet and is currently a principal with The Royal Ballet.

Recently, though, she and award-winning Mariinsky Theatre choreographer Vladimir Varnava have taken on the immortal life of modern dance revolutionary Isadora Duncan. 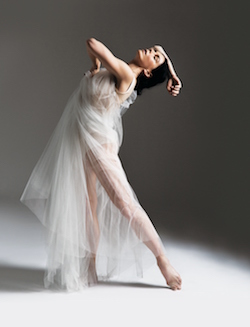 ISADORA, a new full-length work created specifically for Osipova, explores the life and death of the infamous Duncan. Known as the “Mother of Modern Dance”, Duncan broke with convention; she believed that she had traced dance to its roots as a sacred art. Her style was based in free, flowing movement and inspired by Greek art, social and folk dances.

Dance Informa spoke with principal Osipova about this project, what inspires her about Duncan and why working with Varnava has been a dream come true.

Isadora Duncan emphasized freedom of movement. Has working on this project changed your way of dancing?

“It hasn’t changed my way of dancing. We are inspired by Isadora, of course, but the choreography is our vision of Isadora’s personality. It focuses on her life, achievements and, yes, her movement. Vladimir [Varnava] is not imitating Isadora, but he is using his choreography as a way of understanding Isadora. And it is supported by Prokofiev’s beautiful music and the knowledge we have gained of her life.”

How to you relate to Isadora?

“I believe, as Isadora did, that dance is one of the most important forms of art and expression. A very personal form of both self-expression and communication. And I believe, too, in the importance of creating a new style. In ISADORA, our inspiration comes from several places, as does all art. Here, audiences will see dance created by Vladimir Varnava, a wonderful new and sensitive young choreographer, and our individual personal feelings about Isadora and her art. As in any new work, it is an exploration, experimenting and searching. And hopefully finding the right movement and expression that will share this with audiences.” 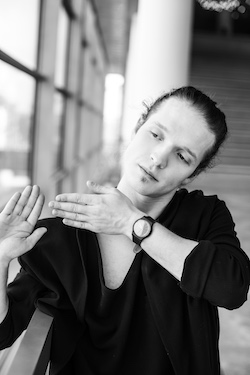 Isadora was known for her flowing costumes. I’ve seen rehearsal footage with you dancing with a scarf. What is it like to incorporate something that has such a deep meaning into this work? Has it amplified the emotions you bring to the stage?

“All of these will remain in the production. The scarf has great symbolism. It is, of course, the cause of her tragic, early death. And the scarf has always been an important prop to help express emotions. In some ways, a partner. When we use it, it also becomes her image. The scarf flows and is fluid like her dancing. Very much like herself.”

What is the process like working on this project?

“This has been a long process. It is almost as if it had been in process long before we knew there would be this wonderful opportunity. I have wanted to work with Vladimir on a production of Cinderella for a long time. I love his work, and Prokofiev’s score for Cinderella is one of his finest works. So, when I was approached about actually doing a dance program based on Isadora Duncan, choreographed by Vladimir, we thought, what a perfect opportunity to use Prokofiev’s beautiful Cinderella also in a new way. It all came together. Like Cinderella, my dream came true.”

What has been the most rewarding part? The most challenging?

“After all of the discussions, how we would present Isadora’s story and creating a company, everyone is now arriving at Segerstrom Center for the Arts to put it all together. I am fortunate to finally work with Vladimir and dancing to Prokofiev’s music that we both love so much.

I am learning a lot, and I feel like I’m touched by this great woman and great artist to get her blessing. I am honored to be able to tell the story of one of my idols. How she came to Russia from America to pursue her dream in a new country with a new ideology. Where she met her husband, Sergei Yesenin. Where she did her greatest work and shared it with another generation in her school. Isadora lived her dream as so many of us wish to live ours.” 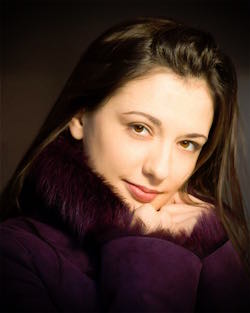 Veronika Part, who will play The Ballerina in ‘ISADORA’.

What can audiences can expect of ISADORA?

“ISADORA will be very unusual, but I believe that people who love dance and the music of Prokofiev will be very touched and inspired. They will see the life of the great Isadora, and many will be very surprised as dancers and audience. It will be a great experience artistically, and I hope people will be as inspired by the story of Isadora as we are. I cannot thank the great Segerstrom Center for the Arts enough for dedicating itself to dance and for allowing us to bring ISADORA to the stage with this wonderful international cast.”