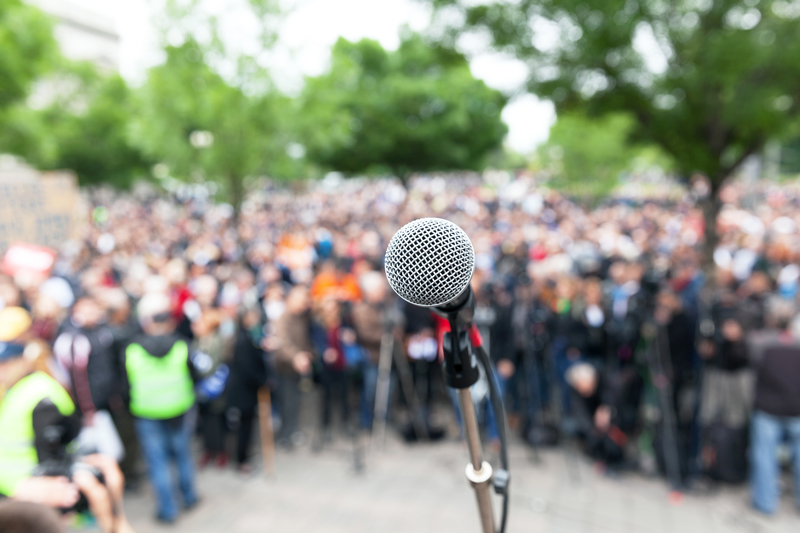 In February of 2017, Dance Informa published an article on the relationship of the government and the arts – and what we might expect to transpire given the election of a new president and significant shifts in Congressional leadership. Broadly speaking, the government shifted to Republican control – after a turn from significant Democratic control in 2008, and that power eroding with the party losing many Congressional seats in 2010.

Generally, certainly with notable exceptions, Democrats advocate for government fiscal support for the arts – such as through expanding funds for the NEA and NEH, as well as for public education (wherein many youth access arts education). Republicans believe that the private sector can support the arts more effectively and tend to disagree that funding it should be a government responsibility.

This basic understanding lays a groundwork for what we can anticipate might happen with the government’s role in the arts when party control shifts (as it did in January 2017). We can generally make such loose predictions with confidence, given this nation’s predominantly two-party system (as no third-party candidate has ever become President, and Congress is filled with those from either party).

Yet what has happened in the space where government and the arts interact, from January 2017 until now, does defy such reasoned projections. FY2017 (the fiscal year federal budget) includes $149.849 million in appropriations for the NEA – two million more than that in FY2016.

Two things make this outcome particularly surprising. One, the original Trump administration budget proposal (released March 2017) fully eliminated funding for the NEA and NEH. Two, it was the support of a few Republicans – rather than Democrats – that brought this funding across the finish line into the final budget that Congress passed.

To keep in mind with that turn of events is that, given the mathematics of votes and Congressional power, Republicans in the current Congress have this kind of influence; in this Congressional climate, moderates Republicans become “swing votes”, meaning they have the potential to swing either way in how they vote. Arts advocates knew this, and pressured them to uphold funding for the NEA.

Also to regard in the space of art and the government is education, as school is where many children receive arts education – from band, to chorus, to theatre groups, to dance troupes. Public education advocates critique Education Secretary Betsy DeVos’ stance on “school choice” – the idea that parents can choose where their children attend school, rather than their address determining that.

They point to her belief that parents’ tax dollars should go with those students, rather than into their local public schools. The mathematics here are undeniably a shrinking of public school budgets. Arts advocates can point to how such drops in revenue often lead to arts and humanities programs being cut from school budgets. Those on the “school choice’ side of the debate can point to the private sector and philanthropy as other viable funders for arts education.

In regards to DeVos and her impact in this area, she actually hasn’t had much of it. One can point to K-12 education being under local and state oversight, far more than it is under federal control, as a reason for this. Her reform proposal failed to pass Congress, yet she’s been taking a second shot at it by putting together further reforms to propose.

Where she has had more influence is in higher education – such as in student loan and sexual assault litigation policy.

Whatever the case may be, though she’s been involved with the education sector for many years, critics question how knowledgeable and “in-touch” she is with the realities of American schools – pointing to her admission on 60 Minutes that she hasn’t “intentionally visited underperforming schools.” All in all, much remains to be seen in the public/private education space over the remainder of DeVos’s tenure as Education Secretary.

Perhaps you’re interested in making a difference in this space of government and the arts but don’t know how to start? Americans for the Arts and the U.S. Department of Arts and Culture are non-profit organizations doing notable work in this area, certainly toward the view that existing resources should be protected – and, better yet, expanded. Other groups, such as DC Advocates for the Arts, do similar work with an additional focus of advocating for the arts within more localized politics.

Look for Congressional, state and local candidates who are speaking about the issue with views that align with your own, and reach out to their campaign asking how you can help. If an issue that impacts the arts arises in the legislative (law-making) and judicial (legal) spheres, make your voice heard by creating or signing petitions, calling your representatives (at federal, state, and local levels), and writing a Letter to the Editor for your local paper.

Gather some friends and “phone bank” (call a pre-made list of voters/citizens and encourage them to vote or think about an issue in a certain way), or “canvass” (do the same face-to-face, knocking on doors). If you feel strongly about a particular issue, you – as someone living in a democracy – can act to influence what happens in regards to it. Artists have agency to create not only art, but how that art is regarded and supported in the wider socio-political sphere.