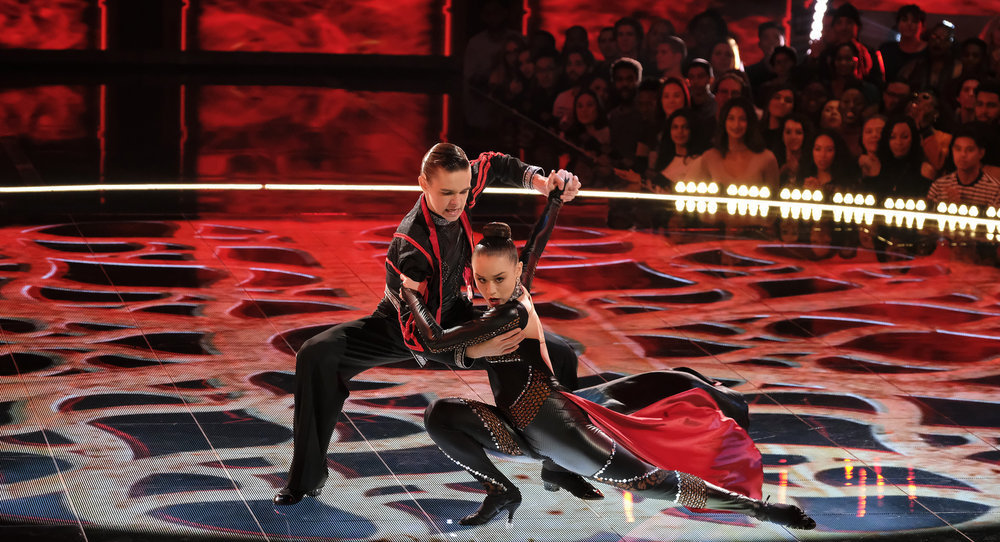 World of Dance continued to keep pace as more hopefuls took the stage in hopes of making their mark and competing against some of the best dancers from around the world. Six more groups left everything on the World of Dance stage and kept the bar high and the judges eager for more.

Jonas and Ruby, a ballroom duo, lit up the stage like firecrackers with their versatility. They moved with such grace and a mixture of intensity. At just 14 and 15 years of age, Jonas and Ruby served up a variety of ballroom styles with their musical choice, which impressed the judges. With a great balance of attack and poise with each movement and a score of 84.7, Jonas and Ruby are on their way to the Duels. 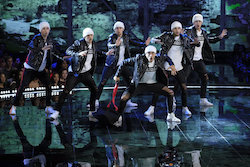 ‘World of Dance’ Qualifiers The Bradas. Photo by Justin Lubin/NBC.

Next to light up the World of Dance stage was The Bradas from New Zealand. This hip hop crew was entertaining from the time they entered the stage. This contagious energy carried straight into their routine with the characterization and great visuals that were perfectly weaved throughout the performance. The Bradas delivered a perfect storyline and infused it with hip hop. They hit the ground running and kept a constant flow with their routine. The athleticism alone from one trick to the next served as the perfect example of some of the best athletes on the World of Dance stage. After receiving exceptional reviews from the judges, The Bradas will get to go head to head with some equally athletic performers in the next round of competition. 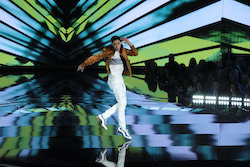 Lucas Marinetto brought a different vibe and rhythm to the stage. Performing a tap routine in the hopes of snagging the judges’ attention, Lucas brought a twist to tapping with a twist of hip hop and a suaveness that couldn’t be denied. There was a great energy to his performance not only with his tapping but in his stage presence as well. His musicality did not falter as each rhythm flowed along with it. Lucas showed how much of a showman he could be, which was something the judges admired. With a score of 82.7, Lucas can take that showmanship to higher ground in the Duels. 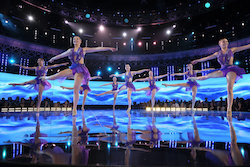 Bringing some contemporary into the mix of talent was Expressenz. As a group of young ladies who dance in a studio together, there was a bond beyond friendship that could be seen as they took to the stage. Their performance was full of emotion, and they danced as one unit. Expressenz showcased technique that was out of this world and synchronization that showed from their flawless turns to each leap. No matter what the transition, they remained in sync and never wavered once. Their “effortless elegance”, according to Ne-Yo, is something that makes them great contenders for World of Dance. With the challenge of expressing more authentic emotion and raw connection, Expressenz will move on to the Duels. 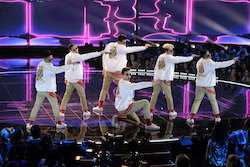 Poreotics Crew brought even more versatility to the stage with their performance, with a mix of robotics, choreography and hip hop. They resonated very well with the audience as they created one visual to the next and teamed that up with entertainment value. Poreotics Crew’s musicality was phenomenal, along with their robotic movements. They undoubtedly had all of the ingredients to do well in this competition. With a score of 88.0, Poreotics Crew will get to showcase even more versatility in the next round. 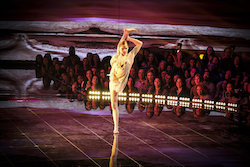 Back and hungry for a win was Eva Igo, World of Dance’s first runner up from last season. She promised to come out of the fire stronger this season, and she wasted no time doing so. Eva performed a contemporary number with a sort of transformed intensity that drew the audience and judges in right away. She showed great maturity in her dancing, as well as control that was undeniable. She smashed the competition stage in true Eva style, leaving the judges and audiences rooting to see more. With much excitement, Eva will be continuing her road to redemption and hopefully a win as she continues to the Duels.

The competition is continuing to heat up, and you don’t want to miss even more great talent!