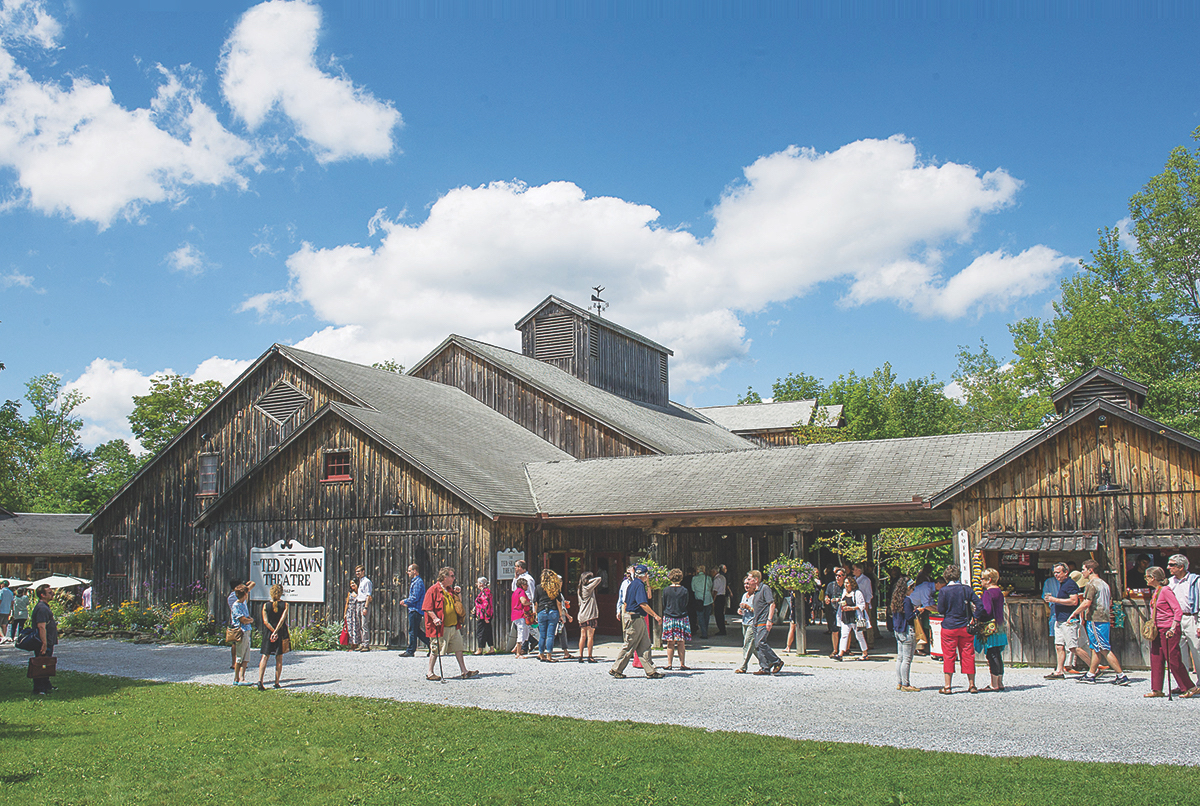 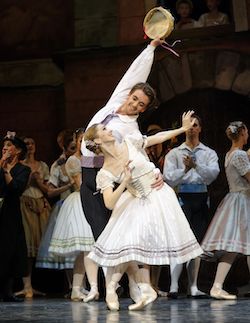 Through an impeccable mastery of the Bournonville tradition, principals and soloists of the historic Royal Danish Ballet perform excerpts from classical ballet’s enduring masters, including August Bournonville, Marius Petipa and Jules Perrot, in the renowned Ted Shawn Theatre.

Jacob’s Pillow Director Pamela Tatge said, “It is an absolute treasure to have the Royal Danish Ballet open the Festival 2018 and celebrate their rich legacy at Jacob’s Pillow with a program that features some of their best known works performed by their dancers trained in a technique that is distinctively theirs. It is an honor for us to welcome back to the Pillow one of our most distinguished alumni, their Artistic Director Nikolaj Hübbe.”

The return of the Royal Danish Ballet is a continuation of the rich Pillow-Danish tradition, which dates back to 1954 when leading soloist Inge Sand made her U.S. debut at Jacob’s Pillow as she stepped in to replace another soloist at the last minute. A group of soloists from the Royal Danish Ballet made its U.S. debut at the Pillow in the summer of 1955, which led to the full company’s U.S. debut in the summer of 1957. In recognition, the King of Denmark knighted Jacob’s Pillow founder Ted Shawn in 1957 to celebrate and commemorate his role in introducing American audiences to Danish ballet and the work of famed choreographer August Bournonville. The Royal Danish Ballet has returned to the Pillow many times since then, most recently in 2007. 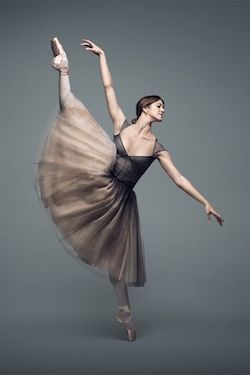 “Held in an extraordinary mixture of affection and respect all around the world,” (The New York Times) the Royal Danes embody the strength of the legacy of August Bournonville in a rare Bournonville-centered program. The works feature Danish Romanticism including the pas de deux from La Sylphide (1836), one of the oldest surviving Romantic ballets; an excerpt from the first act of the humorous The Kermesse in Bruges (1851); the pas de sept from A Folk Tale (1854); and the Italian-inspired pas de six and tarantella from Napoli (1842).

In addition to the repertory by Bournonville, the Royal Danish Ballet also performs the pas de deux from Harald Lander’s Dvorak (1966), originally filmed for Danish television; the White and Black Swan variations from Marius Petipa’s and Lev Ivanov’s great classic Swan Lake (1895); and an excerpt from the second act of Jules Perrot’s and Jean Coralli’s timeless masterpiece Giselle (1841). Judith Mackrell of The Guardian praises, “Watching dancers from the Royal Danish Ballet is like being given a master class in style—style not as superficial extra but as the substance, the beating heart of an art form.” 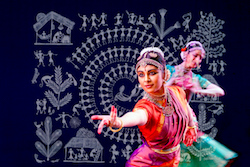 On the other hand, in the Pillow’s Doris Duke Theatre this week is Ragamala Dance Company. With a vibrant, contemporary take on the South Indian classical dance form Bharatnatyam, this company presents the multi-disciplinary Written in Water, featuring a live ensemble of internationally-acclaimed musicians, and an opening solo in honor of the centenary of Smt. Balasaraswati.

Tatge said, “Smt. Balasaraswati brought Bharatanatyam to the United States and to the Pillow in 1962. It is fitting that we celebrate the centenary of this legendary artist’s work with a performance by a U.S. based company founded by artists who, over five decades later, are some of this country’s most skilled and innovative practitioners of this form. I have asked Artistic Directors Aparna and Ranee Ramaswamy to honor Balasaraswati legacy in a special way.”

The program opens with the solo Om Kara Karini, which is conceived, choreographed and performed by Aparna Ramaswamy in recognition of the worship of Devi—the Divine Feminine. 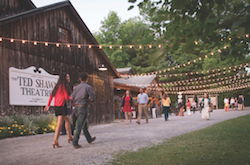 Written in Water, choreographed by the mother/daughter artistic team of Ragamala Dance Company, Ranee and Aparna Ramaswamy, explores the heights of joy and depths of longing in Hindu and Sufi thought. Described as a “feast for the eyes, ears, and heart” (Tallahassee Democrat), the piece is divided into three distinct sections and follows the concept of spiritual ascension in partnership with musical composition by Doris Duke Performing Artist Awardee Amir ElSaffar and acclaimed vocalist Prema Ramamurthy.

The first movement draws on the ancient Indian board game Paramapadam (a precursor to Snakes and Ladders). The gameboard serves as a physical and metaphorical framework through which the seekers/dancers navigate snakes and ladders to examine fate and free will. The second movement explores the human quest for the divine. The mythological story of Ksheerabthi Madanam—the churning of the seven seas—is a metaphor for a world in chaos. Amidst this dynamic tension between good and evil, the Hindy deity Vishnu stands for the perfect center toward which humans strive. The Conference of the Birds frames the arc of Written in Water. The protagonists of this 12th century Sufi epic progress through seven valleys, which symbolize states of being. Mirroring that journey, the final movement travels towards transcendence—and unmediated union with the divine. Each distinct section is carried through by an ensemble of classically trained Bharatanatyam dancers.

Lush paintings by V. Keshav of Chennai, India are projected throughout the space, transforming the stage floor into the Paramapadam gameboard. Iraqi-American composer Amir ElSaffar leads a musical ensemble with a distinct alchemy of Iraqi, jazz and Carnatic instruments. 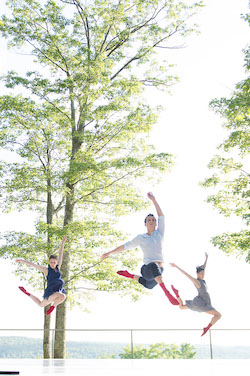 In addition to Jacob’s Pillow kicking off its mainstage festival performances this week, the Pillow is also commencing its free Inside/Out Performance Series, artist talks, tours, classes, exhibits and various community programs. Now in its 86th year, Jacob’s Pillow Dance Festival will welcome more than 50 national and international dance companies and present over 350 free and ticketed performances between now and September. Meanwhile, The School at Jacob’s Pillow, one of the most prestigious professional dance training centers in the U.S., is welcoming students and instructing the diverse disciplines of Ballet, Contemporary, Musical Theatre Dance, Choreography and more.