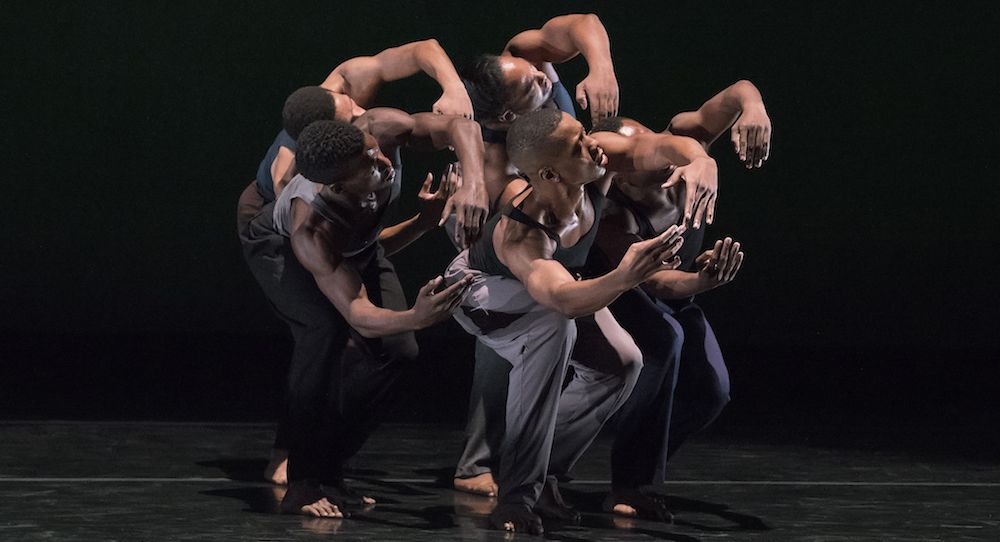 It had been some time since I had been able to enjoy Philadanco. My memory recalled a well polished, professional and prolific dance company. On Friday, June 15, at the Joyce Theater, I was reminded of those qualities and a few more that I wasn’t expecting.

Landscape painter Clyde Aspevig has said, “The more I paint out the details, the more real the paintings look to me.”

While interviewing Joan Myers Brown in late May, she spoke a ton about making a statement but doing it through art. With each ballet, the audience was forced to deal with the sordid reality of the state of affairs in our great nation. It was simply breathtaking that so many questions could be generated by what was being presented on stage. Works presented were Folded Prism by Thang Dao, New Fruit by Christopher Huggins, A Movement For Five by Dawn Marie Bazemore and With(In)Verse by Tommie Waheed Evans. 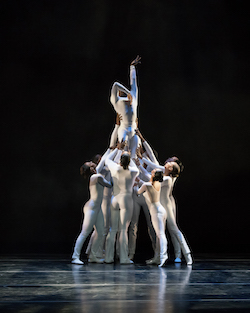 Opening the night with Dao’s work, Folded Prism really was a dreamy start to the evening. The clean lines and elaborate partnering throughout the ballet dancers’ (William E. Burden and Joe Gonzales) style, poise and power categorically sent me to a place of hunger, wishing I could be jostled into the wanderlust-like realm they were dancing in with their peers.

Most table-shaking in the program were the Huggins and Bazemore works. These works were strategically placed in the middle of the program, as to ease the audience into their potent subject matter. After leaving the almost sterile, but beautiful, environment created by the previous work, the audience was left to sit with the question, “What are you gon do?”, which was verbalized, during New Fruit. This moment was the culmination of other breathtaking moments within the ballet that depicted the harsh imagery of lynching and shootings.

With a subject matter relentlessly suppressed within the nation, the ballet persuasively revealed the sociopathic nature of our nation, its decision makers and its inhabitants. With music that sent us through different periods and movements of the ballet, there was a central theme: degradation of black and brown bodies, sanctioned by the American government. Tough, I know! The complexity and beauty of the well-rounded and varied choreography ironically provided an erasure to injustice that was constantly taking place throughout the work. Kudos to Huggins for creating room for conversation via New Fruit and additional adulation to Myers Brown for presenting this work at the Joyce, in Chelsea (one of the most affluent neighborhoods in New York City). After fighting back tears from the harsh realities presented, a rush of emotion swept over me. I felt helpless as an African American male, but I also felt seen and spoken for, which isn’t the case in many presentations of American modern dance across the country.

Philadanco in Dawn Marie Bazemore’s ‘A Movement for Five’. Photo by Julieanne Harris.

After a brief intermission came A Movement For Five, which shared Bazemore’s perspective on socio-political issues. Another heavy topic for the New York audience, but appropriate. This piece dealt with the system that falsely prosecuted the “Central Park 5”. In the program notes for this piece was a quote: “You can forgive but you won’t forget. You can’t forget what you lost. No money can ever bring that time back.” (Kharey Wise) This taken collectively with the movement, costuming and lighting, the work absolutely robustly displayed what I saw as the closest possible understanding of what it meant to be in the shoes of “The Central Park 5”.

Lastly came With(In)Verse, a dramatic, in the floor and emotional work. Thematically, this work was reminiscent of other work I had enjoyed of Evans. Dancer Mikaela Fenton stood out amongst the pack, really harnessing a calm panic that oozed out of every fiber of her being. It was hard not to follow Fenton throughout this uptempo delivery of spirituality and sarrow. 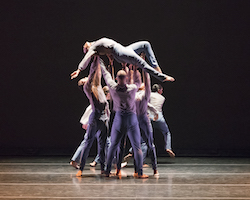 No longer are the times of going to the theater to only escape from reality. Philadanco’s must-see program created an escape for viewers of the program, while justly reminding us of the realities we have become numb to and how that may affect us all over time. No matter your racial background or political standing, the program acquiesced you to a place of empathy and vigilance. Is that the point of art anyway? Be sure to find your way to see Philadanco this season.