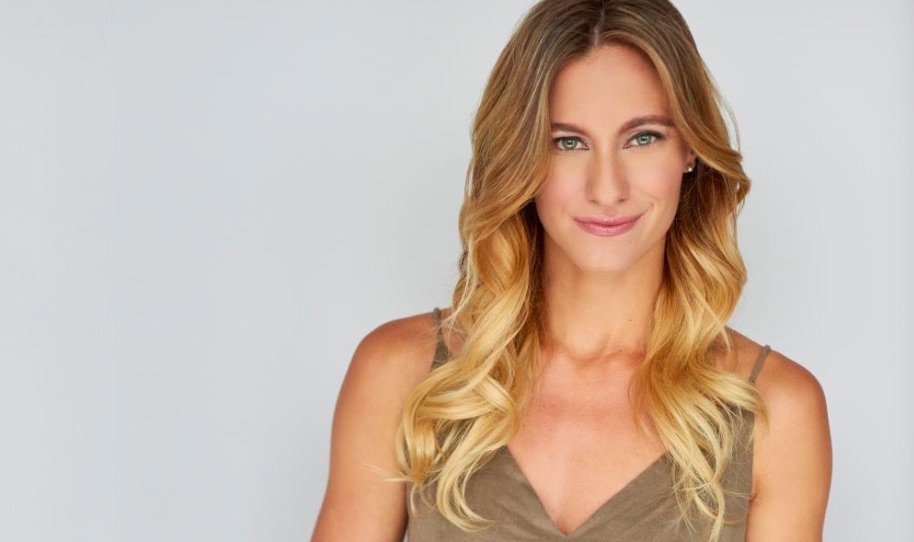 Susan Stroman could be considered today’s queen of Broadway. Her directorial and choreographic resume includes shows like The Producers, Bullets Over Broadway, Big Fish, Young Frankenstein, Oklahoma, and Prince of Broadway. Stroman also worked on the beloved dance film, Center Stage, Little Dancer at The Kennedy Center, the movie musical of The Producers and the Met Opera’s production of The Merry Widow. As soon as the industry attempts to put Stroman in a box (i.e. she works on those kind of shows or designing that style of dancing), she surprises us with a new and brilliant venture. 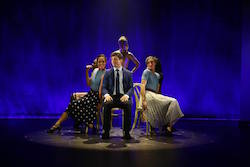 ‘The Beast in the Jungle’. Photo by Carol Rosegg.

But whether showgirl precision jazz, a ballet pas de deux or a show-stopping tap number on a Broadway stage, feature film or in-studio workshop, we can always count on a “Stro show” to be truthful, intentional and beautiful. Her latest project, The Beast in the Jungle, is a dance play based on a novella and featuring a score by John Kander. While Beast isn’t as grandiose as some of Stroman’s other productions, the choreography, intimacy, metaphor and honesty of the piece makes Beast perhaps her most spectacular work yet.

Dance Informa was excited to speak with Elizabeth Dugas, a dancer who has worked with Stroman on three productions — the first national tour of Bullets Over Broadway, The Merry Widow at the Met Opera and Stroman’s most recent project, The Beast in the Jungle, at the Vineyard Theatre. Dugas has been with Beast for over a year, from its first in-studio workshop back in the fall of 2016. In our interview, she shared a bit about what makes this show so uniquely enchanting and haunting at the same time.

What is the story of The Beast in the Jungle? Where did this concept come from?

“The story was adapted from a Henry James novella of the same title. It takes place in modern day NYC and tells the cautionary tale of John Marcher, who, because of a ‘beast’ that haunts him, has waltzed through life without truly living. Through several flashbacks, we learn of his ongoing relationship with a woman named May and his missed chance(s) at love.”

What exactly is a dance play? Why do you think this was the best way to tell this story?

“That’s a great question! A ‘dance play’ is essentially just what it sounds like — it’s a play with actors and lines paired with dance numbers and choreographed transitions. There’s also a beautiful score written by John Kander. There is no singing, which is why it isn’t categorized as a musical. As a dancer myself, I know I’m a bit biased, but I’ve always felt strongly that movement and dance are the strongest ways of expressing emotion and conveying a message. This story is both really unsettling (in the sense that it makes the audience think about their own lives and experiences) but also so beautiful, and the addition of dance really heightens the book written by David Thompson.”

You’ve been with this production since its first workshop over a year ago. How has the show evolved? What is it like having been involved with this work since its inception? 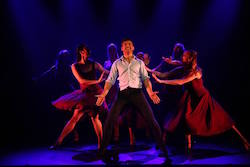 ‘The Beast in the Jungle’. Photo by Carol Rosegg.

“Oh man, I should start by saying I’ll never forget the moment I received an email from Susan Stroman with the subject line ‘Yo from Stro’ asking me to work on this project! There’s something so special about being a part of a creative process, and I’ve been lucky enough to work on two workshops of this production before finding it’s home at the Vineyard Theatre. As with any show, numbers and minor characters have been cut, dialogue and choreography have changed, and new actors have joined us…but all these evolutions have created a stronger and tighter telling of the story. It’s incredibly inspiring now to hear the audience’s response to the piece after being isolated with it in a studio for a year and a half.

What is your favorite scene or sequence in the show?  The ensemble women are in so much and play so many different roles…it must be hard to decide!

Yikes this is hard! My favorite scene is actually one I’m not in—it’s the final scene which features the brilliant Peter Friedman alone on the stage. I don’t want to give anything away as you truly have to see it for yourself, but it’s extremely powerful. Of those that I am in (and you’re right, we run around a lot!) I think it has to be the London chair dance in Part II. It’s so clever and the ensemble women each have a coy feature that I love performing with my best British accent!

This is your third time working with Susan Stroman. What is different about this time around?  What qualities of “Stro” are consistent no matter the nature of the project you’re working on?

While the other two shows I performed in were big productions with grand sets, costumes, and musical numbers, “The Beast in the Jungle” is a much more understated presentation of a dark story. Susan Stroman is an incredible director and choreographer and I feel very lucky to have the opportunity to work on this very unique and special project. “Stro-isms” you’ll see spanning all three of these productions, however, are tall, leggy women, comedy “on zero,” and props galore!

Canyou describe the choreography in “Beast?”  How does the dancing evolve as the story progresses (through different time periods and cities)?  How do you embody the “beast?” 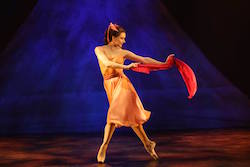 Irina Dvorovenko in ‘The Beast in the Jungle’. Photo by Carol Rosegg.

I like to say that the choreography in “Beast” is a perfect blend of my college modern/ballet days and what I’ve made the majority of my career in—which is musical theatre jazz. Each of the big dance numbers in the different cities (Naples, London, and New York City) is inspired by the culture and the time period with the strongest example of this being the Pizzica dance in which the ensemble women perform first, followed by a variation with May and John. As for the “beast,” this is most often portrayed with puppetry (not like “Avenue Q” puppets…but more avant garde and abstract) with the women moving primarily as an organic mass.

What is it like working with puppets?!  Did you have to get trained to use them?

It’s awesome! Michael Curry, whose puppetry work has been featured on Broadway and at the Olympics, designed the sets, costumes, and puppets for the production so to say we learned from the best is an understatement! I love learning new things and this has been a particularly fun thing to add to my list of special skills!

How is it to be performing with dance icons, Tony Yazbeck and Irina Dvorovenko?

It’s pretty surreal. I vividly remember watching “Every Little Step” which featured Tony in college and I knew and idolized Irina from her career with ABT. Also, STARZ TV show, “Flesh and Bone,” was a guilty pleasure of mine and my girlfriends on tour, so I had to be careful not to fan girl too hard that first day of rehearsal! Truly, though, Tony and Irina are such exquisite artists and humans and I’ve learned so much from them during this process.

What would you want to tell audience members as they take their seats before the show?

Get ready to go on an emotional rollercoaster! Honestly, I think it’s best when I don’t tell people too much before the performance and they can really just enjoy the piece without any preconceived notions about what it is…so I’ll just leave it at that!

For tickets to The Beast in the Jungle, which runs through June 24, visit www.vineyardtheatre.org.