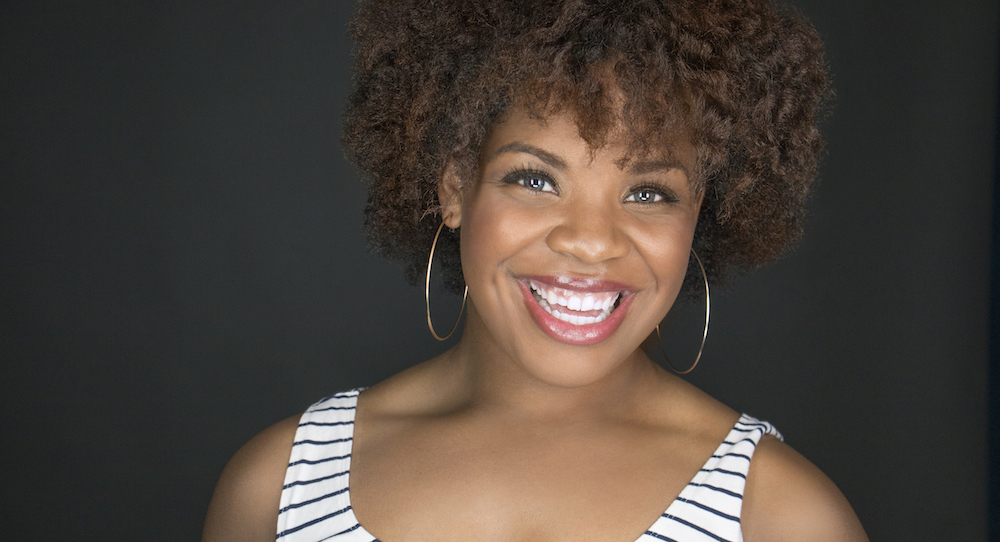 Broadway Connection Teaching Artist Michelle West is currently on tour with Disney’s Broadway hit musical Aladdin. This Philadelphia-born and Delaware-raised performer resides in Brooklyn when she’s not on the road. She lives by the Maya Angelou motto: “My mission in life is not merely to survive, but to thrive; and to do so with some passion, some compassion, some humor and some style.”

Hear more from West about her career thus far and how she seeks to inspire young artists in her Broadway Connection classes. 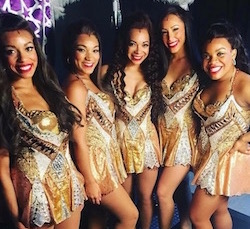 When did you begin dancing?

I graduated from Temple University with my BFA in Dance Performance. In college, I studied modern, African and ballet. I also continued my training in jazz and tap because these were, and still are, my favorite styles of dance.”

“I kind of feel like my big break just happened with booking Aladdin. But my first professional job in the business was a costume character show call Jim Henson’s Sid the Science Kid Live. It was my first equity contract and my first tour out of college. I did this show for seven months on the road. After that show, I moved to NYC. I continued to audition, and a couple months later, I performed in my first West Side Story. Then I did Memphis on tour. After Memphis, my career took off. I was starting to book more union gigs, then I took my equity card when I was offered the part of Rosalia in West Side Story at Carnegie Hall. It has been such a blessing to work at so many different theaters in the past two years.” 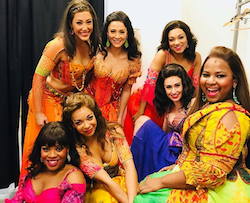 Disney’s Aladdin National Tour runs through at least September 2018. You’re a part of the ensemble. What’s your favorite scene to perform in the show?

“My favorite scene to perform in Aladdin is the very first number in the show, ‘Arabian Nights’. The costumes are colorful and fun. The dancing is fun and energetic. It’s the most exciting number to see the audience’s faces so excited to be at the show. I love it.”

For this production, you are performing choreography by Tony Award nominee Casey Nicholaw. What’s it like performing his movement numerous times a week? How do you keep it ‘fresh’?

“Yes, it is the same choreography as the Broadway company. Casey’s choreography is very high energy and large. It has to come from every limb of your body. To keep the choreo up, you must take care of your body. PT, stretching, working out, eating right. Your body is your tool, and you have to take care of it so you can keep it working. 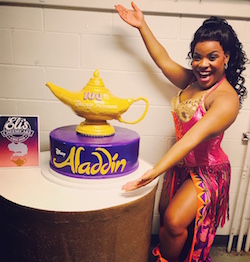 One way I keep the choreography fresh is to think about my core and my breathing. I continually remember to engage my core while I’m dancing, and when I don’t, I try to implement that in the next show. Also, how to breathe properly so by the end of the number I’m not exhausted. It’s interesting how the way you utilize your body can change your dancing. Otherwise, the dancing in the show is just fun. I don’t get tired of it at all.”

What else helps you stay strong and always at your best when on tour?

“Honestly, what helps me stay my best on a tour is doing other things than just my show. You’re not around family, so it can be lonely sometimes. But, fortunately enough, I have met some amazing friends on the road. I love discovering new restaurants on the road. Going out seeing new places is fun. Taking dance classes at new studios. Performing in our cabarets. Doing other things keeps the tour fresh, which is key.” 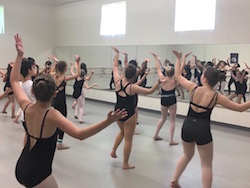 What’s one aspect of this tour that’s different from anything you’ve done in your career thus far?

“This is my first production contract tour, so the caliber of professionalism is over the top. It’s amazing to be able to work with individuals who love their job as much as you do, who want to perform and put on the best performances every single night. I’m working with performers who’ve been on Broadway, and I’m learning from their experiences. It’s amazing to see how far I’ve come in the business. I’ve paid my dues, but I still have so much farther to go.” 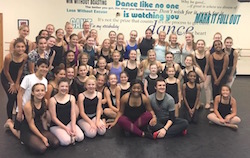 “Inspiring youth is probably one of my favorite things to do. Only because I remember being in their position. When I teach for Broadway Connection, I tell my students that you can do anything you want, if you want it bad enough. I couldn’t see myself doing anything else but then to be a performer, so I tell my students the grind that I was on. All the auditions in NYC, all the rejection, all the times people told me I wasn’t right just lit a fire under me. I fought until someone would give me a chance, and I tell my students that there is a person out there who will fight for you if you’re willing to fight for what you want and be a good person while doing it. It’s possible.”

Do you have any advice you’d like to share with teachers who are training students who dream of being on Broadway or in a national tour? 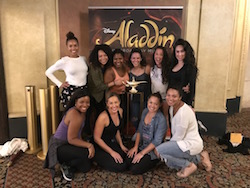 “My advice for teachers inspiring students is to be honest. Students like hearing honesty and true feelings about the business. You shouldn’t hold back tears you’ve cried, because then your students are aware on the reality. But after all those tears, there is happiness. I’m so thankful for each and every person who saw something in me to do this job, and I will continue to show my true self to my students, to my colleagues and myself. Life is good if you give goodness to it. Good energy, positivity, hard work and love are all you need to succeed in not only this business but in life.”

Lastly, why should everyone come see Aladdin on tour?

“If you want to be wowed beyond belief, if you want to see a splendid spectacle, with magic and love and friendship and laughter, you should come see Aladdin.”

All photos courtesy of Michelle West.