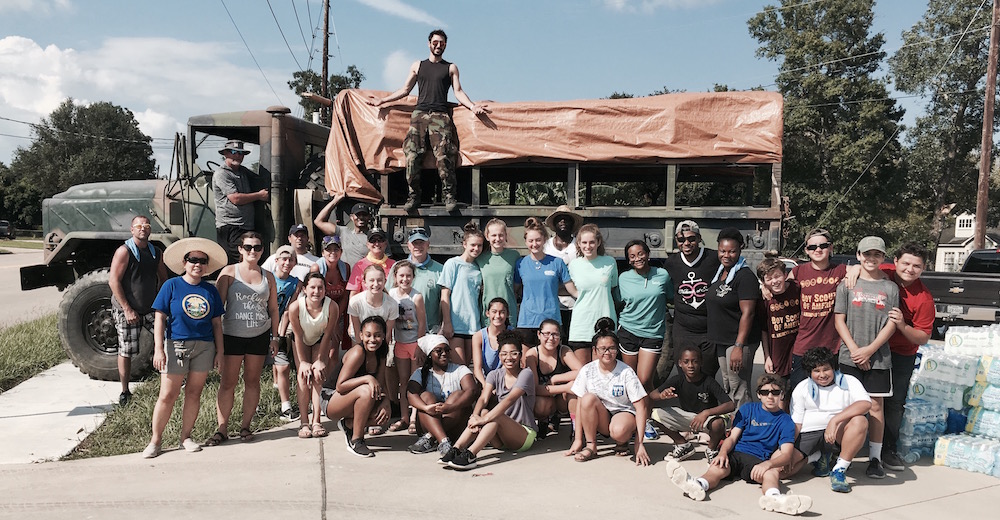 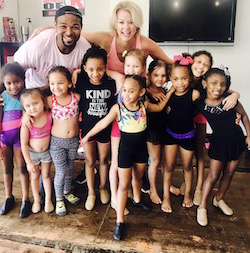 When tragedy strikes, often there are those who step up. When Hurricane Harvey swept through Texas this past August, CharLee Hanna-Rule and her iRule Dance Studio didn’t think twice about helping out the community in Beaumont, Texas. Even though the newly remodeled studio was flooded and there was no running water for two weeks, not only did iRule clean up quickly and offer its dedicated students opportunities to take class, but the studio did more. It opened up its doors to first responders and the Cajun Navy, and it became a distribution center for those in need. And what became a mission for Hanna-Rule and her studio also became a valuable life lesson for her students: to answer a call for help.

“As the storm hit, I was put in a group text with a lot of people I didn’t know,” Hanna-Rule recalls. “I was added to the group by a former dance mom who is an activist of all sorts. She was helping get together first responders to Beaumont to start helping and asked me if I knew of a place they could lay their head at night. I immediately told her that I would set up the studio and make it very nice and comfortable for everyone.”

Hanna-Rule reached out to her student dance company, asking for donations. The studio received over 50 air mattresses, blankets, pillows, toiletries, snacks and drinks. Parents volunteered to make and serve food, and quickly the studio became an inviting place for those who needed it. iRule was even adapted into the Cajun Navy’s command center, and for four days, Hanna-Rule and the studio’s volunteers handed out water, diapers, hygiene items, cleaning supplies, food, toilet paper, dog food and more. 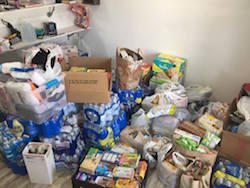 “My dance parents fed the volunteers, the Cajun Navy, the first responders, Beaumont Police Department, our local hospital employees and many assisted living places, as they were in the worst shape,” Hanna-Rule explains. “We served over 4,000 meals in four days. Many of our dancers who didn’t evacuate helped with all of this. It was an amazing effort by everyone.”

Personally, iRule had 12 families who lost everything that they owned due to the storm. Quick to help, Hanna-Rule started a YouCaring crowdfunding campaign and held a t-shirt fundraiser and Company Kick Off party to assist and honor those families.

While helping the community was the priority, Hanna-Rule realized that this service was probably also offering a valuable lesson to her young dancers as well. “To see so many people of our community needing help and being able to do so changed all of us,” she says. “To see our dancers and parents sunburned from handing out water for hours at a time was something I will never forget.”

This sense of urgency, of a call for action, seems to have stayed with iRule; it has become a lesson that goes beyond the walls of the dance studio. And while Hanna-Rule admits that enrollment may be down, her thoughts are still with those who lost more than she did. 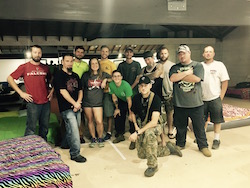 “The whole community has changed,” Hanna-Rule says. “The first thing that is asked when you see someone is, ‘Did you get any flooding?’ My enrollment is way down, but we still feel blessed and grateful for the ones who came back. When so many people lost everything, you can’t expect for dance lessons to be on their list of priorities. We are grateful to each and every one of our dancers and dance parents. I know it is a struggle for many of them to provide them with the gift of dance, and we are so grateful to them for their sacrifices to make it happen.”

And while Hanna-Rule is surely a hero of her community, she selflessly commends the first responders and Cajun Navy. “These people came from thousands of miles away, paid their own gas, used their own cars and boats, left their own jobs to come and help our community,” she says. “There are no words to say how much we appreciate these amazing women and men.”

While this may be true, iRule, you still showed your students and your community how to be a leader when help is needed. And for that, you rule.