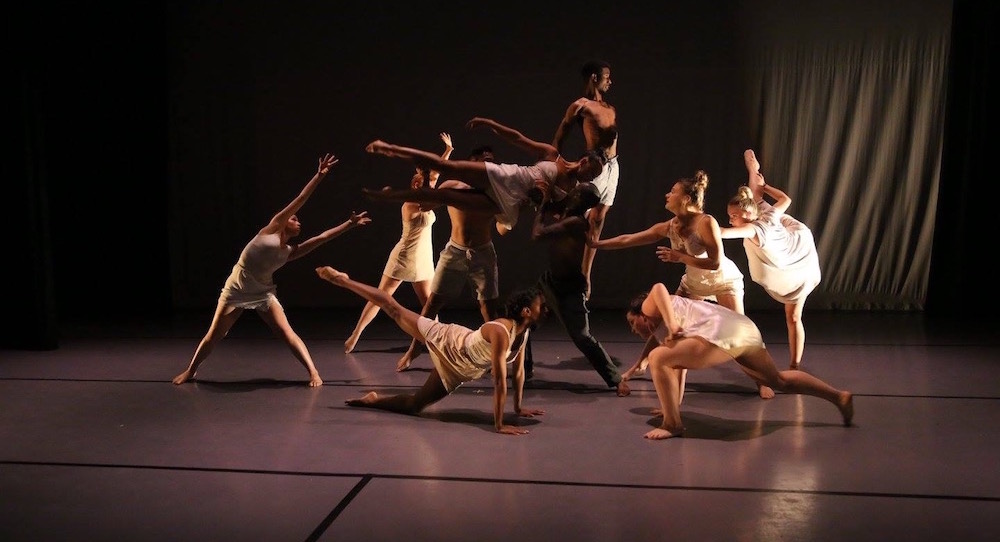 The dance world is one of ever-evolving movements and techniques. Along with these changing ways of movement come more and more innovative ways in which to tell a story and engage the audience to a point where the audience is submerged in the performance as well. Gotta Dance Contemporary (GDC) has shown and continues to build and innovate the art form using multiple platforms. Originally based out of Gotta Dance Atlanta, GDC is a professional contemporary company that is dedicated to educating the generations of upcoming dancers. Under the direction of Rachel Truitt and Allen James Paug, GDC also sets its sights on raising the bar for performance and art specifically in Atlanta. 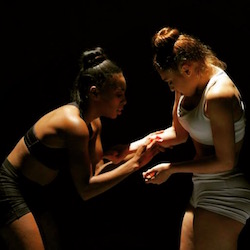 GDC’s production, KAIROS, was one that not only reinforced the company’s mission but also opened a door for the audience, allowing each audience member to be a part of each dance that was performed. I was drawn in right away with the introduction to the show. While one would expect a dance to begin once the lights came up, there was a video presentation instead. A time-lapsed video of the city along with various sounds of outside mixed in stringed instruments. As the video continues, it sets a picture of the city of Atlanta and what is to so many — home. That video set the tone for the story that was to be told throughout each piece. 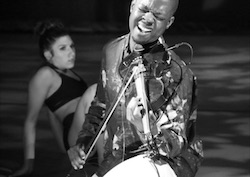 One of the aspects that stood out throughout the performance was the mingling of live vocalists and musicians. Blue Moon was one that captivated me from start to finish. One lone vocalist, Nick Hagelin, accompanied 16 dancers in this particular piece. With a single touch light as a prop, the dancers start in almost pitch black lighting. As the dancers move almost as if one single entity, they create a picture as they light the stage with this very simple prop, but what surprised me was the fact that Hagelin had been strategically choreographed into the number. In one part of the dance, he’s surrounded by the sea of dancers. Their touch lights make a frame around him, and they move in unison similar to a heartbeat. 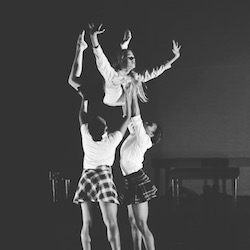 Another dance that hit home was Funeral, choreographed by Rachel Truitt. The first sounds are those of the aftermath of a school shooting. The stage is dressed like a typical classroom with tables spread out and one soloist who is set apart from the group. The mixture of acting along with contemporary/modern movements reveals the story of a child being bullied — a subject all too familiar, especially today. What brought this story to life was the heartfelt vocals of Prisca, along with the catharsis of movement from the dancers. This particular piece was one that left the audience in a solemn silence.

KAIROS was a production of many moving parts nestled in a single cozy theatre. Teamed up with a summer music internship for young musicians, GDC set the bar for not only young dancers but young artists alike. The mixture of live music, versatile dance styles and visual effects were the perfect ingredients to take a performance and evolve it into a celebration of various art forms rolled into one.