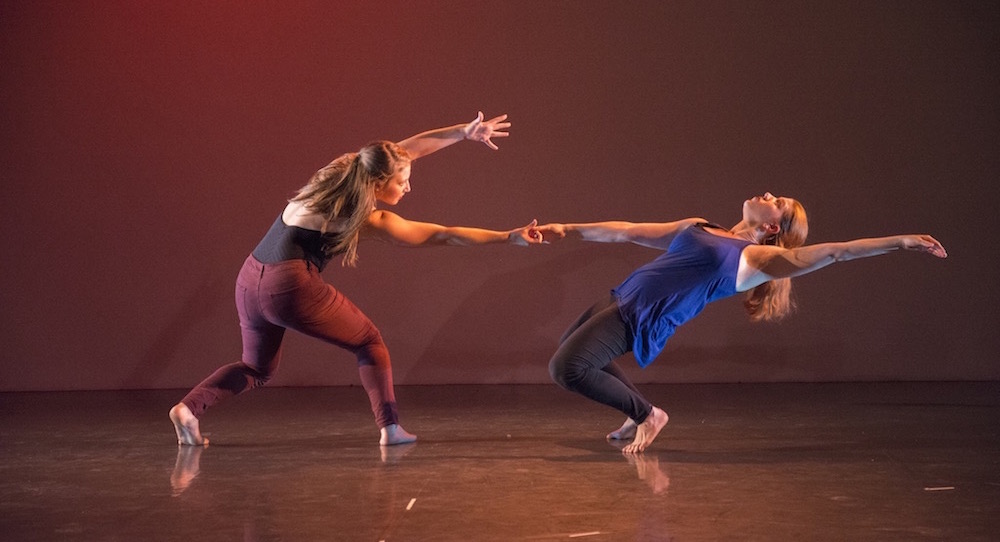 Throughout human history, we’ve moved sometimes in step and sometimes out of step. Dance has an ability to showcase this unity and diversion in ways that can be both simple and profound – all without a word. Nozama Dance Collective and guest artists assembled diverse dance works to create Bodies and Choices, and through that also exhibited that powerful ability in the art of dance. 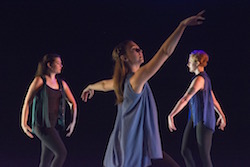 “Nozama” is a play on the word “Amazon”, referring to strong and socially powerful indigenous Brazilian women. Gracie Novikoff and Natalie Schiera, Nozama co-founders and directors, explained how they wanted to create a dance company focusing on female empowerment. They researched terms conveying that idea and mission, for a company name, but only found ones with negative connotations. They wanted to flip such negativity around, and thus “Nozama”.

The title Bodies and Choices falls within that female empowerment focus; it’s a reference to current political and social forces raising questions about women’s autonomy over their body, and life in general. Although this focus was present, and the cast was all female, the pieces spoke to so much more – as well as being simply enjoyable, even often powerful, to experience. This review will discuss four of those pieces that were particularly memorable. Due to the significant depth and nuance in each piece, one review could not do them all justice.

The second piece in the first act, “Huntress”, from guest artists Mariah Rasmussen and Dancers (Rasmussen the choreographer), set in place a compellingly animalistic feel. From costumes to music to movement quality, this thematic atmosphere was clear. The phrasework was a crafty melange of technically-driven jumps and turns, jazzy movement and more. Some movements, such as syncopated rolling of hips and joint pops, seemed to be hip hop inspired.

It all blended well to offer a staccato rhythm and feel to the movement that enhanced the jungle atmosphere. An air of mystery arose, such that – like in the wild – we didn’t know what next to expect. One growth area for the piece could be stronger unison, when that seemed to be the intent – yet, with such staccato movement, nailing that consistently can be quite difficult. Overall, the piece was clear and effective in what it seemed to aim at conveying, and through that was an exciting experience to behold.

The following piece, “-Weak, + Bold”, was a very intriguing solo. Lighting, music and choreography blended to create something quite clear and meaningful. Choreographer and performer Allison Rebecca Penn moved within a diagonal band of light. Her dark costume seemed to match the dark outside of that band. Visually, the effect was spellbinding. The music, Ludovico’s  Einaudi “Experience -Starkey Remix”, matched the intensity and power of Penn’s movement. 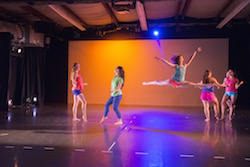 Caught in that band of light, she exuded a confined desperation. She moved with almost a two-dimensionality at first, mostly in the sagittal (front-and-back) and frontal (side-to-side) planes  – popping knees and elbows, opening and folding. Yet she was not defeated or truly confined. As the piece progressed, she moved closer and closer to the edge of the lit area. She seemed to break out more and more from the solely two-dimensional, planar movement.

A process of coming to dare to break out was unfolding. Penn played it out in her body with commitment and technical command. The ending was abrupt, lights and music cutting off before we might have expected it. Although with room for greater clarity, perhaps this ending conveyed an outer force shutting down her newly discovered daring. What was certain was how it grabbed attention. It was one of those endings that could lead intrigued audience members to keep chewing on a potential meaning.

The piece opening the second act, “F is for friends who do things together” (choreographed by Novikoff and Schiera, at Nozama’s helm), brought a very different feeling into the small black-box theater – a care-free attitude of joyful communal movement. Bright lighting and varied colors of their costumes, combined with pop-jazz moments in the movement, brought a 1980s aerobic style – but one classier and more refined. It was what those ham-filled aerobic videos could be, with some restraint and artistic crafting.

A pulsing club-like beat and contemporary touches to phrasework also brought the piece more into the modern day. It wasn’t, and didn’t have to be, of then or of now. Key in the piece’s refined, crafted quality was a clever way of shaping and moving formations and lines – and the dancers’ ability to keep all of that sparkly clean. One moment offered a particularly striking visual of dancers moving in and out of each other’s lines, colors blending and diverging.

They worked well in pairs, as well as together as a whole group. Creative, physically-impressive partnering, for instance, showcased those kind of visuals that can bring an involuntary “Aaaaah!” in audience members. For instance, one dancer balanced in a split on another’s shoulder. The dancers also gave and took weight well, push-and-pull dynamics further enlivening the fun choreography. They could also successfully move as individuals within the group in non-unison sections. They weren’t, and didn’t have to be, solely of the group or of themselves. They could be fully immersed in the joyful movement either way. 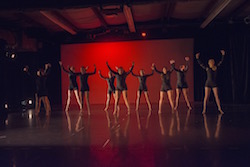 The concluding piece offered a similarly powerful message with an inspirational, rather than jovial, tone. “Bodies and Choices”, also the name of the show, paired strong movement and emotionally stirring narration. All audience members had to have had their hearts uplifted, at least an inch or two. Black and red, along with an angular and strong quality of movement, brought a quasi-militaristic feel – a battle not yet raging, yet perhaps not too far in the distance.

Clear lines, interspersed with some clumps, brought a sense of joined movement in protest. Hands raised high and fingers spread wide, conveyed a signaling of will – a raising of a protest sign, or simply of one’s voice. The narration inspired standing and fighting together for justice – because, with that, we can overcome any oppressive or divisive force. This shone a light on the dancers moving in hope and a spirit of supporting one and all – rather than in anger or chaos.

The dancers moving and breathing together, in this harmony reminisced some important and essential truths. We will move apart from, and past, each other. It’s human. But when we can learn to move more closely, more consistently, together – even if sometimes in tension – the fear can begin to dissolve. We can empower ourselves and empower each other. That can begin in our very body, in our very bones. Bodies and Choices presented these truths, on the whole, with clarity and strength. It brought inspiration for us to, no matter how we’ve moved in the past, now move forward together.