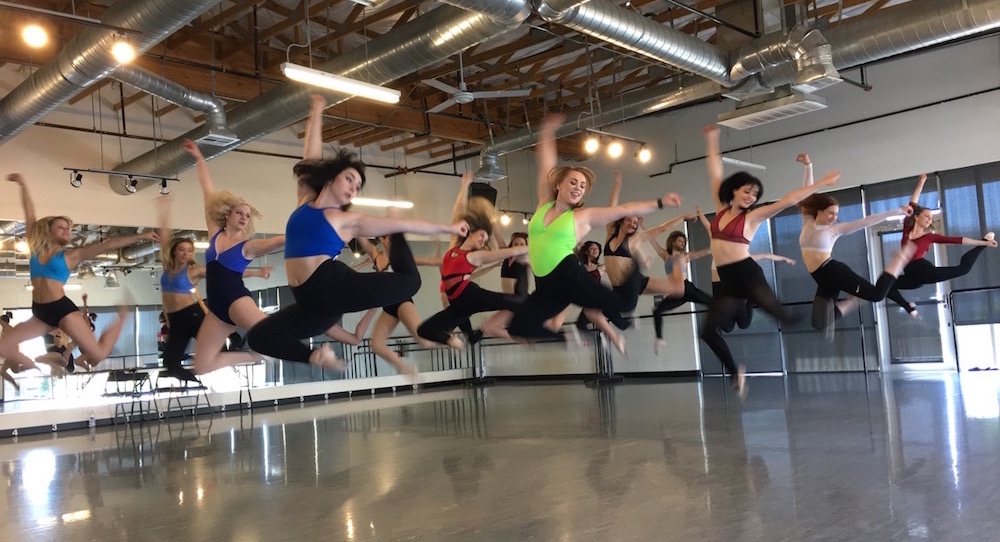 In the spring of 2015, I was contacted by Don Mirault about teaching for a new program that he was launching in Las Vegas. Mirault has distinguished himself in every medium of our business. He runs Go Pro, which is a one-week intensive that is held annually. This intensive has been highly successful, and feedback from the young dancers told Mirault that they wanted more. This motivated him to create the Theater Arts Preparatory School (TAPS) in Las Vegas, which is a six-month (two semesters) intense training program, designed to springboard college-age dancers/performers into a professional career. Mirault’s mission statement/philosophy for the program: “TAPS is a trade school for dancers 18 and over designed specifically for the job market. Everything we do is created to help the dancers work as professionals.”

“When I first heard of TAPS, I thought it was too good to be true,” says Stevie Heptig, a TAPS dancer currently in New York City, and who just finished a six-month engagement at a resort in the Dominican Republic. “A school where I get to dance every day and learn about the professional world actually exists? It turned out to be everything I had hoped it would be and more!”

For the first two years of the program, it has been housed at The Rock Center For Dance. The faculty consists of the highest level professionals, all of whom have had and continue to have successful careers.

“As the Vocal Coach at TAPS, I am amazed and thrilled to see the progress these students make as singers in six months,” shares TAPS faculty member Steve Judkins. “Some come to the course with little to no singing experience, but nevertheless, they throw themselves in head first. By the time they graduate, they have a good handful of songs they can use for auditions. This opens them up to musical theatre, cruise ships and lots of other great jobs. If they put in the work, they are promised to see great results. Dancers who have their eye on careers in New York, LA or Vegas will be way better prepared.” 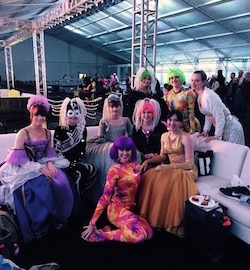 “I don’t believe in luck,” adds another TAPS faculty member, Don Bellamy. “I believe in preparation meeting opportunity. This program gives you both!”

One of the most dynamic and rewarding aspects of the TAPS program is industry contacts. Mirault, through his many years of experience in every area of our business, is able to bring in some of the most successful professionals, choreographers, directors and mentors to give the dancers the straight talk on what it takes to get the job!

“TAPS was my bridge from the competition world to the professional world,” explains dancer Cassandra Blanc, who is currently performing on Norwegian Cruise Line. “I am so blessed to have gone through this program, and I strongly suggest it to anyone who wants to go pro. There is no way I could have done this without TAPS!”

As with anything, the proof is in the pudding — the success of the participants. I personally am astounded at the “batting average” of this program. This past year, as the program ended in March, 13 out of the 18 dancers “jeté-d” to their first professional jobs. These are bona fide, paying, professional, performing jobs! These include cruise ships, theme parks and, in the case of one of the dancers, dancing in a long-running Vegas show. Five of the dancers are right now in rehearsals for Sea World, having been auditioned and hired by the well-known choreographer Bonnie Story.

“This program is a gift for those seeking to continue dancing professionally in any way,” Story says of TAPS. “The exposures, classes, choreographers, information, the challenges that take an artist to a different level in every way are provided in the TAPS program. I wish so much that I had had this opportunity to grow and learn in a program like this before I hit the LA and New York dance world. Don Mirault takes each individual artist and develops them to become better and hone in on which direction to take. He recognizes each individual talent and pushes them to realize what they are capable of achieving. What a gift!”

The next exciting semester of TAPS begins in September in Las Vegas. Mirault and his faculty are already in preparation for a year of training that will absolutely be “kickin’ it”! Interested dancers can go to the TAPS website. 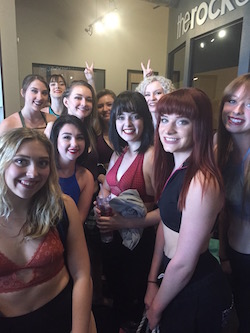 “Training at TAPS was the best decision I ever made,” shares Kayli Konarski, who is currently performing in Vegas! The Show. “I am so grateful for all the amazing choreographers on the TAPS faculty for preparing me for the real world. I wouldn’t be performing nightly as a pro dancer in the entertainment capitol of the world without this amazing prep school. There is nothing in the country like this program, and I’m proud to be part of the second graduating class!”

I measure things with the three P’s: Potential, Progress and Performance. The TAPS program takes the dancers’ potential and makes several years of progress in six months, bringing them to professional performance level. The program encompasses two of my favorite words for artists: “motivation” and “inspiration”! It’s a joy to be a part of this.

By Tony Coppola of Dance Informa.

Tap master Tony Coppola is also a former All-American gymnast and a percussionist. He has taught at conventions and judged competitions for several decades. Coppola directs and choreographs the Las Vegas-based Coppola Rhythm Ensemble.