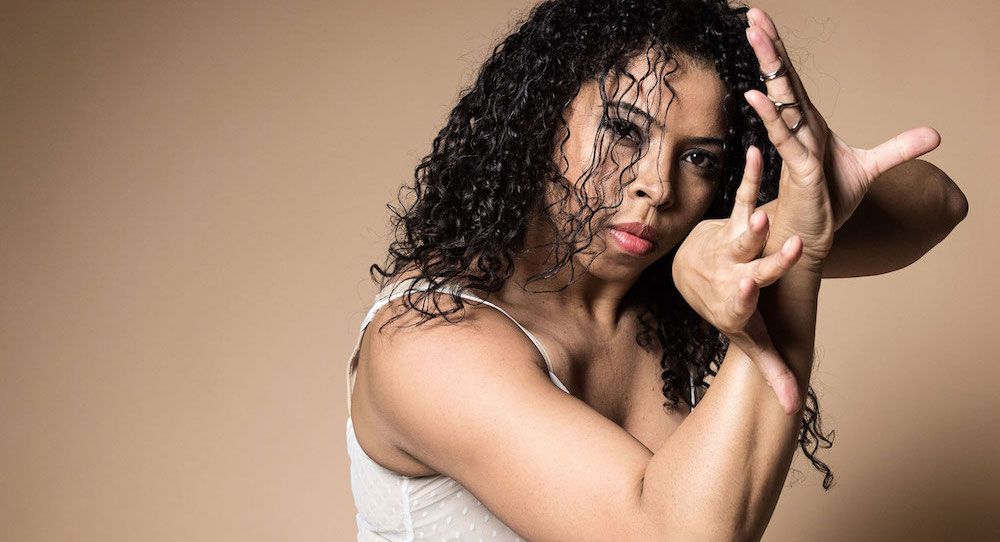 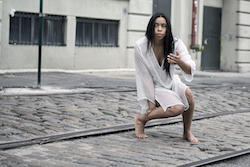 Morgan, having led Cincinnati Ballet for 20 years, has often been an oddity in a world of mostly male ballet directors. In line with her mission to celebrate and encourage women taking leadership roles in ballet, she appointed Archibald as the company’s first female resident choreographer.

“After our first collaboration with Jennifer Archibald, I was blown away by her tremendous talent, innovative ideas and her unique ability to seamlessly blend contemporary dance and nuances of hip hop with ballet technique,” Morgan says. “This diverse skill set she brings to our artists has deepened their relationship to movement, in defining what is possible for them. I am thrilled and honored to welcome her to this new role with Cincinnati Ballet.”

Archibald, recognizing what a rare and exciting opportunity this is, said in a press statement, “It’s a huge opportunity for any artist to have a creative home where you are well-supported by the directors while also building trust with the dancers. I’m excited to be in an environment where I can create on a much larger scale, and I feel a welcomed sense of responsibility to create work for Cincinnati Ballet that has never been done before!”

In speaking with Dance Informa, Archibald reflects on her recent world premiere as part of the all women-choreographed Kaplan New Works Series, which was presented April 20-30, at the Aronoff Center’s Jarson-Kaplan Theater. It was her first time working with an installation artist – street artist Caledonia Curry, better known as “Swoon.”

On working with the installation, Archibald notes that it was “challenging” because you have to “not just worry about the physical bodies in front of you but incorporate all these other different elements and then add emotion to it, add acting to it, add the storyline and make it seamless.”

The piece, named Never.Nest., included 11 dancers and was 28 minutes long. Archibald chose only one cast, which she dubbed a necessary risk. “When I choreograph, I tend to really use the body that’s in front of me and what they’re able to give back. I don’t preset before I get into the studio,” she says of her process. 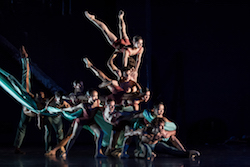 Never.Nest. was called “a powerful piece that will move you” by Cincinnati Refined and subtly addressed climate change on a stage filled with fragments reminiscent of a shipwreck. For her next world premiere scheduled for the company’s April 2018 Bold Moves series, Archibald will be working with a renowned Cincinnati muralist who has yet to be revealed. The entire Bold Moves mixed bill will feature music performed by Eighth Blackbird.

In total, Archibald has choreographed three works for Cincinnati Ballet in the past three years, including Sit (2014), Redeem (2016) and Never.Nest. (2017). When asked what she enjoys most about working with this company, Archibald says the versatility of the dancers.

“It’s not like you’re walking into a room where they’re ballerinas who can’t manipulate their bodies into different shapes,” she explains. “I’m working with dancers who enjoy doing more than just the classics, and I think that’s really important.”

With an eclectic background, Archibald is certainly the right woman for a company that embraces versatility. A graduate of the Alvin Ailey School and the Maggie Flanigan Acting Conservatory (where she specialized in the Meisner technique), she brings a variety of experience and styles to the troupe. In addition to choreographic work for them, she has previously been commissioned by Atlanta Ballet, Ballet Memphis, Ailey II, Kansas City Ballet, Tulsa Ballet and has also worked commercially for brands such as Tommy Hilfiger, Nike and MAC Cosmetics, as well as various chart-listed singers and actors. 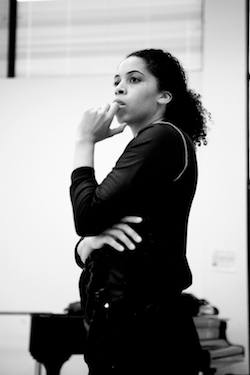 Her Arch Dance Company is known for exploring movement styles ranging from classical to street to lyrical. Her dancers are required to “defy gravity and lyrically fly across space encompassing both the hard edge of street dance and the fluidity of classical technique,” according to the company’s website.

“I have dancers whom I have been working with for years who are classically trained but have a really strong hip hop background,” Archibald says. “That’s always been important to me – to be able to transition through both aesthetics seamlessly when I cast dancers. Last year, we did mainstage for SummerStage at Central Park, which was awesome. I just continue to try and make material to kind of inspire me when I do these commissions across the U.S.”

She’s passionate about teaching as well, still serving as the Program Director of her ArchCore40 dance intensives no matter how busy her schedule gets. This year’s summer intensive returns to NYC on July 2-7, and will see 40 handpicked dancers from across the world and abroad come together to study advanced contemporary and hip hop movement.

“It’s called ArchCore because I kind of have a reputation of go hard or go home,” Archibald says. “That’s the reality of this industry. If you can last seven days with me, then you probably can make your goals happen.”

Archibald will also be instructing students at the Florida Dance Festival at the University of South Florida in mid-June and through a summer dance festival in Stockholm in mid-July.

More recently, Archibald has been busy working on multiple other commissions that are premiering in the next two weeks. On May 26-27, Canadian Contemporary Dance Theater will introduce a new work of hers at Harbourfront Centre in Toronto. The same weekend, MADCO Dance Company will present a new work by her in the Anheuser-Busch Performance Hall in St. Louis as part of the 10th Annual Emerson Spring to Dance Festival that traditionally arrives over Memorial Day Weekend.

Then, from June 1-4, Nashville Ballet will premiere a new piece by Archibald set to music by Cristina Spinei. The company describes this intimate in-studio program named Emergence as a chance to catch the “first glimpse into the creative works of some of today’s most fearless artists.” One of the performances is already sold out.

With all this artistic activity, it seems Archibald is in the midst of a personal artistic renaissance, producing more work and wielding more influence than ever before. When reflecting on her journey to this place, she advised aspiring choreographers to keep working hard, dedicating themselves to their art and putting their creations out there – especially women, whose voices are sorely needed to better balance the professional choreographic field. 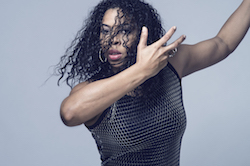