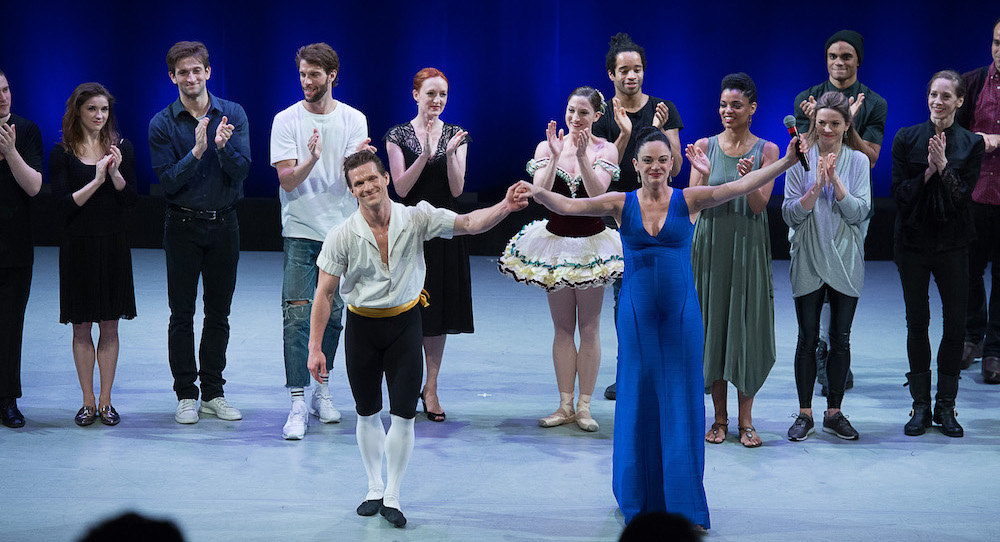 This year marked the seventh anniversary of Dance Against Cancer (DAC), a benefit evening supporting the American Cancer Society. The first DAC — founded by Director of Programming for the Manhattan Youth Ballet, Erin Fogarty, and New York City Ballet Principal Daniel Ulbricht — premiered in the spring of 2010. “My sister had run the NYC Marathon to raise money for the American Cancer Society,” explains Fogarty. “Both Daniel and I watched our own parents courageously battle cancer, and, since running a marathon wasn’t in our cards, we wanted to do something to support ACS through our dance industry.” 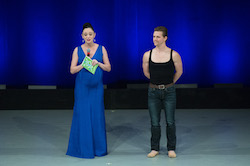 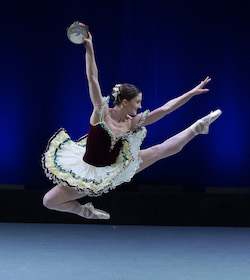 “Each year, so many wonderfully talented dancers and companies reach out to perform voluntarily,” says Fogarty. “It is really a beautifully overwhelming thing, an embarrassment of riches. Trimming the program to 90 minutes is tricky!” 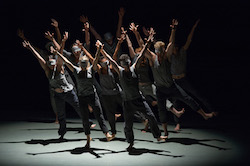 The 2017 Dance Against Cancer benefit. Photo by Christopher Duggan.

“Maya lost her mother to breast cancer last year,” explains Fogarty. “She is one of the strongest people I know. Maya has been on our committee for over two years and always contributes great ideas. The support of the pre-professional dance community has been truly amazing.”

And DAC’s latest project is going viral — literally. The #tourforacure campaign was inspired by the ALS ice bucket challenge that took Instagram by storm. But this hashtag requires a bit more technique — a tour en l’air! Follow @danceagainstcancer, and start practicing your tours! 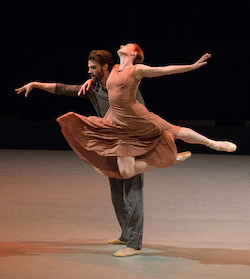 This year alone, DAC has raised nearly $300,000, and that number is still climbing. To date, the organization has raised over $1.1 million dollars in support of the American Cancer Society.

To learn more, volunteer, donate auction items or  become a sponsor for Dance Against Cancer, visit www.dacny.org, or contact Chloe Lipman from the American Cancer Society at (212) 237-3896 or chloe.lipman@cancer.org.