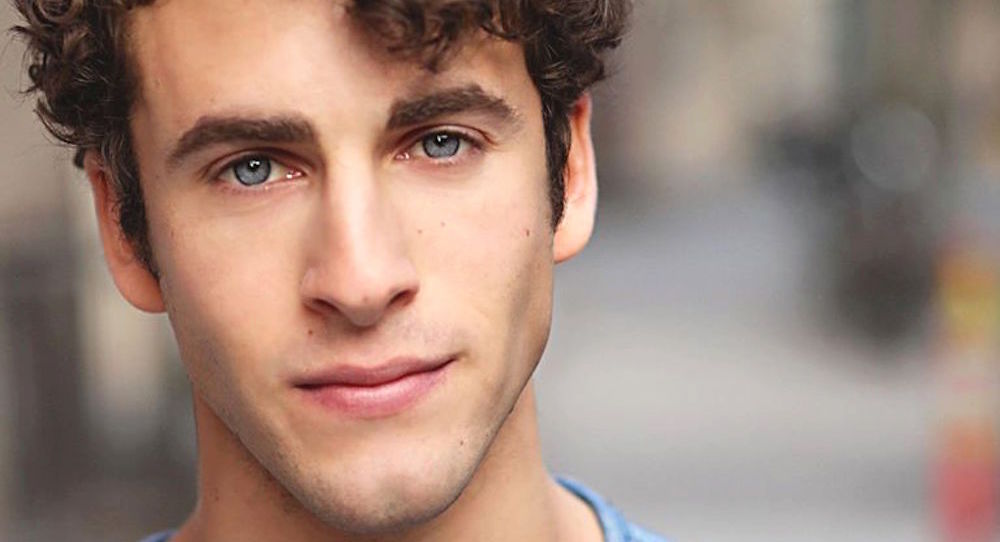 Rent, the Pulitzer Prize and Tony Award-winning rock musical written by Jonathan Larson, returned for a special 20th Anniversary Tour last year. The tour, produced by Work Light Productions, has been on the road since September 2016, and will run through June 2017.

In a recent interview with Dance Informa, Broadway Connection Teaching Artist Danny Kornfeld, who plays Mark Cohen in the production, shared details about life on tour and his career up to this point. 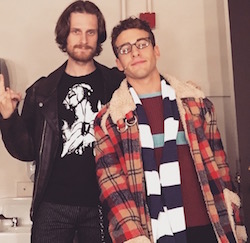 Danny, can you first share a little about your background in the performing arts? Like when you began dancing?

“So, I was a late bloomer when it came to the dance world. Playing the baby bird in the JCC Pre-schools production of Are You My Mother was the start of it all of me. I went on to take after-school drama classes, performed in summer camp shows, school shows, community theatre… the whole shebang. Dance, however, was something that was always on the backburner. It was one of those things that I had thought I would eventually ‘grasp’ and would continue to say, ‘I’ll get to it one day.’

When I was getting serious about wanting to make this my career, I started to do my research on colleges and quickly learned that I was going to have to step up my game in order to be ready for their auditions. So I started taking dance lessons after school during high school.

I ended up going to Syracuse University for my B.F.A. and our dance training was vigorous and inspiring. I was dancing five days a week and got to take everything from jazz, tap, ballet, to musical theatre styles. Dancing that frequently was exactly what I needed.” 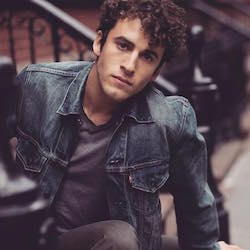 When did you have your “big break”? What were some of your first professional gigs?

“Rent is my big break! I recently graduated college and had gigs in and out of the city working regionally, doing readings and workshops. Auditions for Rent started back in February of last year and it wasn’t until three months and several callbacks later that I found out that I got the gig. Fortunately at the time I was in rehearsals for a brand new musical opening at City Center – also my off Broadway debut. It was an adaption of the young adult book Wringer by Jerry Spinelli. It was great getting to focus on that through what could have been a very mentally stressful Rent audition process.”

You’re playing the character Mark Cohen in Rent, which runs through June 25. What’s your favorite scene to perform in the show?

“‘Tango Maureen’ is a blast. It’s my chance in the show to get to play a little bit. Jasmine Easler, who plays Joanne, is the best scene partner. We jive really well with one another. Marlies Yearby, our choreographer, has stressed to me how this number can’t be too polished. Mark knows how to tango, but he’s not aficionado. This allows for the number to be a little different every night. I have a little section of improv too, which is always fun.” 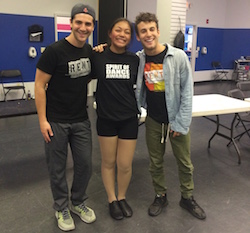 Danny Kornfeld, right, and Tim Ehrlich, left, of ‘Rent’ with a student after teaching Broadway Connection class at In Sync Center for the Arts. Photo courtesy of BC.

Marlies Yearby is a Drama League Award-winning choreographer. What’s it like performing her movement numerous times a week? How do you keep it “fresh”?

“When Marlies walks into a room the air changes. She truly has a special spirit about her. She commands focus but also puts those she is working with at ease. Marlies and I talked a lot about how Mark. Being a filmmaker is the lens in which the audience sees the show – he is the video camera. This is reflected in how I perceive my movement onstage. Marlies is all about breath and staying grounded. Authenticity is key for a show like Rent. People need to experience the story of human beings on stage. The breath is what continues to keep me open, available and responsive. She has given me some of the best advice in that if I’m feeling like I’m in a rut, to warm-up differently for the show that evening. Breaking your routine in that way can help break the routine of your performance.”

Based on your experience, what does it take to stay strong and always be at your best when on a national tour?

“People find their energies in all sorts of ways. For me, it is going out and doing things and experiencing the cities that I’m getting to visit. I love hiking and biking and any opportunity I see for me to do that during the day, I take. For some people, it’s resting. Getting a full eight hours of sleep is pivotal for me in order to keep my stamina in both body and voice. I try eating as healthy as I can on top of taking natural veggie supplements, tumeric, garlic and Vitamin C. You find what works for you, but so far I’ve only missed one show, and that I’m pretty proud of.” 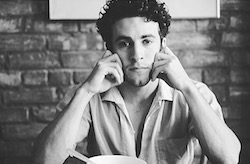 What’s one aspect of this tour that’s different from anything you’ve done in your career thus far?

“In college, it’s really difficult to get the true experience of performing eight shows a week. It’s hard to have that opportunity while you are training. This has been the biggest surprise to myself, that hey, I can do it! You learn so much by doing, and you learn what you need to do for yourself in order to maintain a healthy show for eight performances a week. This is the most stage time I have ever had in a show, and proving to myself that I am capable of maintaining it has been a wonderful stepping-stone to know for myself and my growth as an artist.”

“When I’m in a class, I try to seem as ‘normal’ as possible. I want the artists I’m working with to feel as though that this career path is obtainable, and that it can happen for anyone of them. One of the things I try to always stress to young artists is that as long as they remain passionate they will be successful. It’s so true that if you truly continue to seek out something and remain relentless, it’ll happen for you; you won’t allow it to not. Whether it’s in theatre or whatever you do, remaining inspired and passionate will always promote success.” 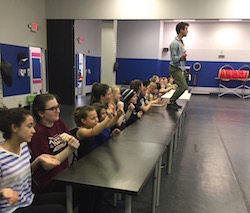 Danny Kornfeld teaching for Broadway Connection. Photo courtesy of BC.

Do you have any advice you’d like to share with not only young artists, but also teachers across the nation who are training students who dream of being on Broadway or in a national tour?

“Being a good person is key. Being a likable person is never a bad thing either. I think they go hand in hand with one another. People want to work with ‘good’ people. If you’re going to be in rehearsals with someone 10 hours a day or traveling on a bus for 10 months, people want to know that you are not only going to show up and do the job but are also going to be enjoyable to work with. With that comes being a well-rounded person. I like to believe that I’m not only an artist of the theatre but a student of the world.”

Lastly, why should everyone come see Rent on tour?

“Rent is a story about love and inclusivity. Getting to unplug and watch a story that celebrates those things for an evening will always be worthwhile. Especially where we are currently as a nation politically, a story that’s all about celebrating what is unique about every one of us and living your truth as a person in the now, right here, today, is something people should want and continue to experience.”

For more information on Danny Kornfeld, visit www.dannykornfeld.com. To see upcoming locations for the Rent 20th Anniversary Tour, head to www.rentontour.net. To learn more about Broadway Connection, go to www.broadwayconnection.net.