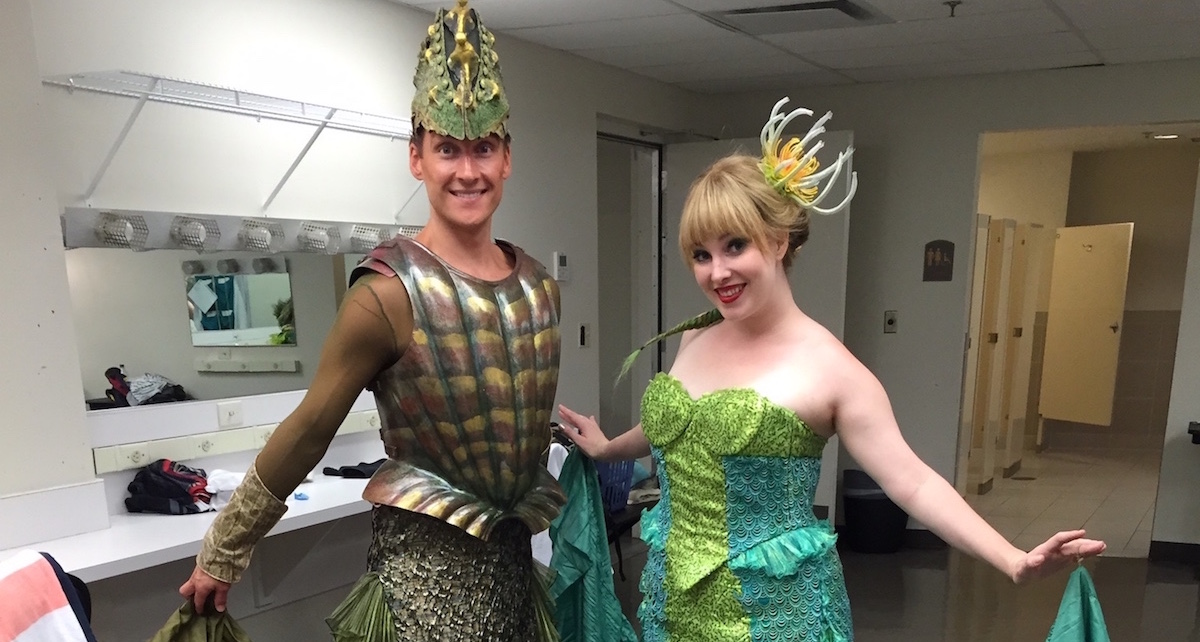 Disney’s classic story of The Little Mermaid is back on stage. Revived by The 5th Avenue Theatre in Seattle late last year, the production has since launched its North American Tour, bringing the beloved magical kingdom fathoms below to various theaters across the nation. The whole set of characters – from Ariel to Sebastian to Prince Eric to Ursula – come to life and sing the favorite tunes from the animated film and Broadway production.

Broadway Connection Teaching Artist Brian Steven Shaw is currently in the ensemble for The Little Mermaid. A California State University Fullerton graduate who has performed at Disneyland and in various regional productions, he’s now thrilled to be performing and teaching on the road again. 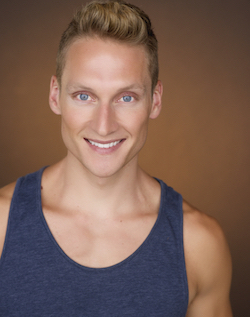 Here, Dance Informa speaks with Shaw to learn more about his career, what his role on tour involves and what he aims to teach his students in his Broadway Connection classes.

Can you first share a little about your background in the performing arts?

“I started performing seriously in college at Cal State Fullerton. I had always done school plays but only did them for fun never thinking I could make it a career…and I never danced. It wasn’t until I made it to college that I took my first dance class. I fell in love with dance, and I never looked back. Being from L.A. and loving musical theatre, I enjoy a hybrid of hip hop, jazz, funk and classic styles. I mostly trained in college at CSUF, as well as taking class from fellow performers while on the road.”

“My ‘big break’ came when I received my first job at Disneyland. By doing so, I joined the Equity union, which allowed me to make performing a full-time job. The rest was about being kind and a hard worker. Some of my first professional gigs were at Disneyland in High School Musical, Disney Cruise Line as the ship’s swing, and in regional theatre in shows like 7 Brides for Seven Brothers and Cats.”

You are currently touring in The Little Mermaid National Tour. The show has been presented in Atlanta, Cincinnati and Louisville, since being premiered in Seattle in December. It’s headed to Orlando next. For our readers who are unfamiliar, how has this production of the Disney classic been reimagined?

“Most people have seen and love the classic film The Little Mermaid. The first question that comes to mind when seeing it live on stage is ‘how are they going to make them swim?’ In our version, we have a combination of flying on wires as well as heely’s to give the illusion that we are all swimming.” 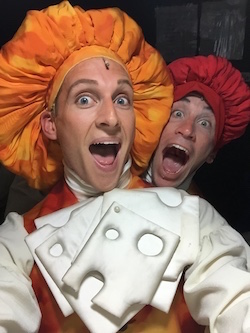 For this show, what’s your specific role? Choreographically, what is challenging about the movement?

“I am in the ensemble and understudy Flotsam and Jetsam (the eels). What is most challenging about the movement is the aerobics aspect of ‘Under the Sea’. It’s about seven minutes long, and I never leave the stage. It’s also hard dancing with all of the costume pieces. I have a large Mohawk made of feathers that is attached to a helmet that I wear the entire number.”

Now that you’ve been performing the show for two-plus months, what do you consider your favorite scenes? Why?

“My favorite scene is ‘Under The Sea’ because it is fun having everyone on stage at the same time! Also, I love ‘Les Poisson’ because it is so silly!”

How do you stay fit and healthy on tour? How do you keep your focus and the make the choreography ‘fresh’ each day?

“I always try to find a gym in the area. It’s important to stay healthy because my body is part of my job. There is usually a hotel gym as well. I keep the choreography fresh by connecting with the other performers on stage and making eye contact with everyone I cross paths with. It keeps me present and also challenges me to stay on a higher level of performance quality.”

“I hope to share my story of learning how to dance later than most, and inspire young artists that it’s never too late to find your passion. It’s important to work hard, have fun and stay positive.” 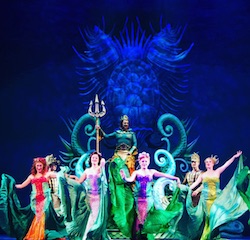 Do you have any advice you’d like to share with not only young artists but also teachers across the nation who are training students who dream of being on Broadway or in a national tour?

“My advice is simple: have fun. If you are not enjoying dance — whether it’s performing or teaching — then try some way to keep it fresh, whether it’s going out of your comfort zone with a new dance style or music selections. Always stay in class, and surround yourself with people who fill you up with positive energy and joy.”

Lastly, what’s next for you after this tour? How can our readers follow your journey?

“I am on tour until November 2017; however, I also work at Disneyland. I will be returning for the holidays before heading back to New York and auditioning for my next gig.”