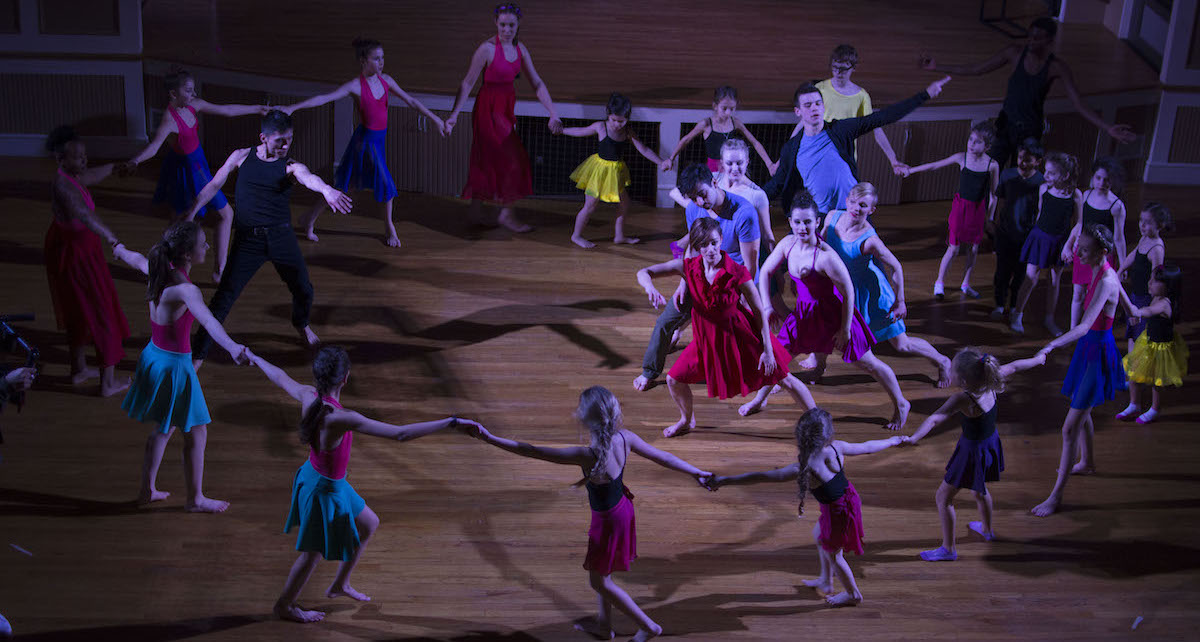 “What goes around, comes around,” the old saying goes. We often say it to express the idea of karma, that you receive what you put out there. But it can also get at the truth that all things around us, and we ourselves, are all connected. The body has an ability to uniquely express such deep and complex truths – an ability that contemporary dance often capitalizes on.

Urbanity Dance’s adaptation of Neruda’s Book of Questions: An Exploration Through Music and Dance was a wonderful representation of that happening. Pablo Neruda was a mid- 19th century Chilean poet. His Book of Questions is a group of poems that, through appeal to imagination and intuition, convey the wonder in a rational existence that can, at the same time, seem so irrational. 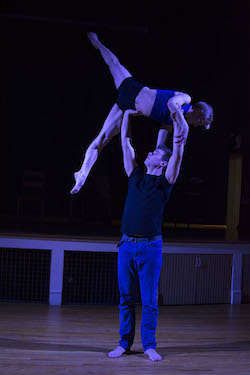 Urbanity Dance in ‘Neruda’s Book of Questions: An Exploration Through Music and Dance’. Photo by Leilani Thomas.

Speaking of representations, the dancers offered the epitome of what is said the most skilled dancers can accomplish: “making something difficult look effortless”. They could fall to and resist the floor, and cut and glide through space, in ways that seemed to defy the laws of physics. The qualities in which they pushed and pulled, into and away from each other, was also uniquely captivating.

In one duet, for instance, skillful use of timing and spacing created a kind of magnetism; something repelled the two dancers away from each other, yet held them close enough to maintain a spacial relationship. This effect spoke to the concurrent human needs for community and individuality, and the tension that can evolve between those two needs.

Thoughtfully-crafted choreography illustrated that dynamic, among other equally important and intriguing ones. A re-surfacing motif, for example, was dancers walking in flock with flat backs, half-bent over, with one hand on another’s shoulder. One by one, certain dancers would pull away to explore their own movement. Eventually, all dancers were in their own movement.

There was a chaos to it at first, yet an order evolved until the dancers once again joined in unison. If continued again later in the narrative arc, this motif could have even more compellingly conveyed the continuity of that independence-connection tension. It returned once more after its main use but did not then translate as much.

At another point, three separate male-female couples came together in unison, with a precise entrance into that unison and precise continuance through it. This implied the inevitability of our connectedness, over and above the relational structures in which we find ourselves (by choice, necessity or chance). In some way, somehow, we move through space and time together – just as these dancers did.

Sound played as pivotal a role in illustrating these truths, as did the dancers. A stream-of-consciousness voiceover began the show, overall delivering a theme of transcending, such as in birds lifting away from the earth to soar above it. As with the dancers going into their own phrases from unison, this voiceover became cacophonous (with multiple voices speaking over one another), then settled into something smoother. This qualitative sequence illustrated the cycle of harmonious and divisive times.

This narrative returned at the show’s end and thus reinforced the idea of circularity – what goes around will again come around. Body percussion, of feet on the floor and of hands on their own body, reinforced tensions and unities between dancers. It therein further clarified the messages that those things delivered.

Lighting, from designer Chris Fournier, also supported the narrative’s themes. Red lighting illuminated a section of powerful dancing, conveying anger and dominance. A following section of green lighting and more subdued unison movement suggested an uneasiness, a dysfunction, that can evolve when anger-driven dominance goes awry. Another section, the movement easy and soft, was danced in midnight blue. In the natural order, there are times of darkness, of shadow, and also times of rest. Bright lighting did return. All things are cyclical. 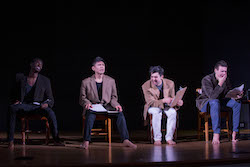 Urbanity Dance in ‘Neruda’s Book of Questions: An Exploration Through Music and Dance’. Photo by Leilani Thomas.

The final scene brought the whole cast back to joyfully dance all together, in movement more pedestrian than that of most of the show. In the end, we live and move and breathe together, no matter the tensions and trials that we encounter as all things run through their cycles. In this way, the show ended with an offering of hope, joy and love.

Ultimately, the body can rejoice in having life within it. That is a wisdom that contemporary dance works such as this one can uniquely articulate. It will be intriguing to see what other works Urbanity Dance will put forth. Most likely, not all of them will demonstrate the commendable craftsmanship and timeless wisdom that their take on Neruda’s Book of Questions: An Exploration Through Music and Dance did. But, all things being cyclical, we can expect greatness from this company again.