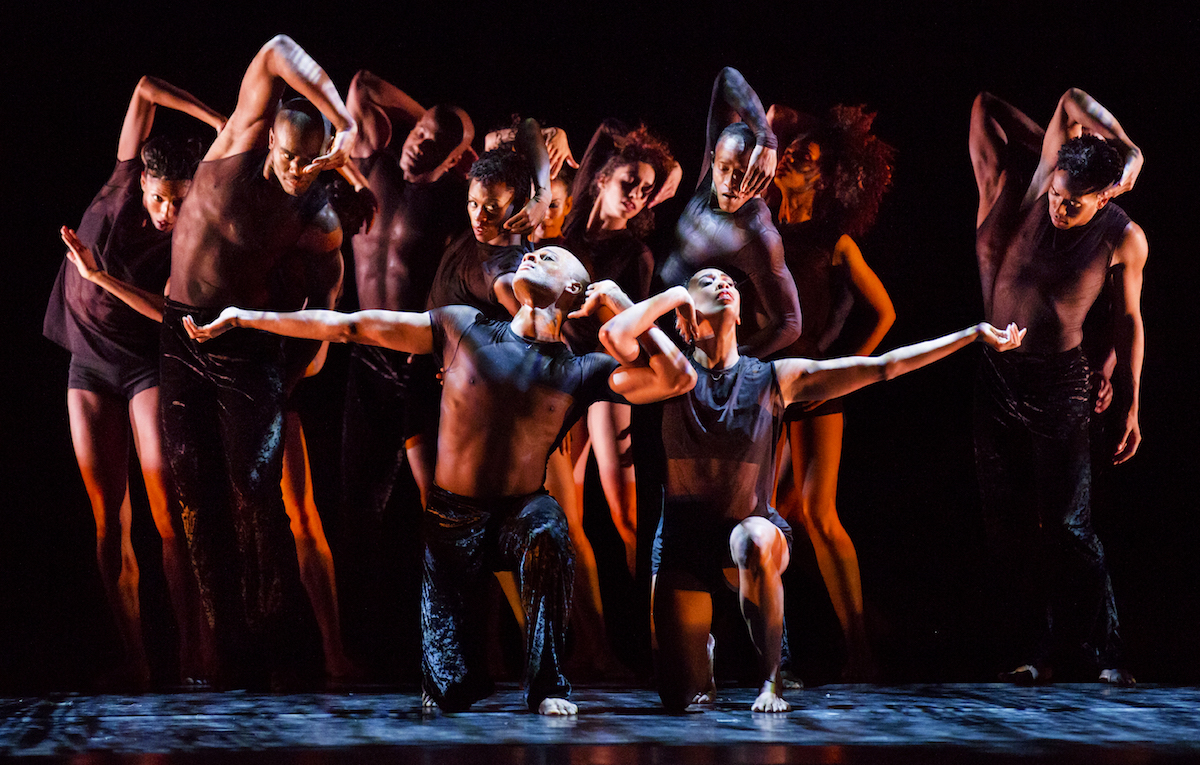 It’s February, or Black History Month in the U.S., and it’s time for my annual pilgrimage to The Fox Theatre for Alvin Ailey American Dance Theater’s annual set of performances. Every year I eagerly anticipate the company’s arrival because in addition to experiencing top-notch repertory, one has the opportunity to relish in one of the most diverse audiences of Atlanta’s annual theater calendar. Ailey truly does bring Atlanta together like no other regularly visiting ensemble. To add further delight, the vibrant and athletic troupe absolutely stunned in their Saturday evening mixed bill. 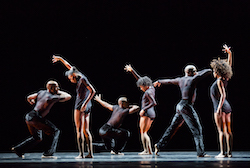 In addition to the iconic multi-faceted Revelations, the program included Deep by Italian choreographer Mauro Bigonzetti (the new director of La Scala Ballet) and the full, finalized Untitled America by MacArthur “Genius” Kyle Abraham (founder/director of Abraham.In.Motion.) Both of these newer works proved to be exceptional, each highlighting the company’s strengths.

Deep is set to the highly appealing music of French-Cuban twins Ibeyi. These sirens who were born in Cuba but are based in Paris provide Bigonzetti a soundscape that is as stylish and entrancing as the choreography itself. His arrangement of their recordings moves between mesmerizing, unadulterated piano scores and upbeat, club-friendly hybrid tracks. This works perfectly with the interwoven Afro-Cuban influences, which help bring this work an undeniable fire. 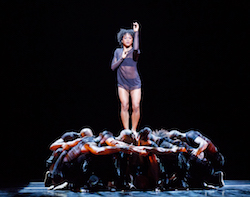 In particular, company dancer Danica Paulos really excelled in this work, bringing an intensity and focus to her movement that made it nearly impossible to look away. Other dancers that stood out—which is truly a feat in a company that amazes as adeptly as Ailey—were Ashley Mayeux and Renaldo Maurice. Also of note was the brilliant lighting design by Carlo Cerri and the attractive costumes by Bigonzetti himself.

The one fallback of the work was the title itself – Deep is a misleading name. While I wouldn’t go so far as to label it shallow, it certainly wasn’t a work that garnered a label implying something profound or resounding with meaning. This proved distracting more than complimentary. Yet, all can be forgiven for this blunder, because this was truly a striking work and one that should be sought out by audiences. 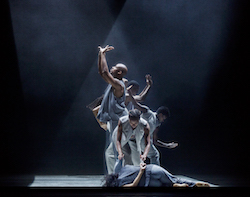 The next work, Untitled America, was as poignant and thought-provoking as Deep was appealing. This was the complete production of Abraham’s three-part suite, which was developed over three seasons. It shines a light on a complex and sensitive issue – the impact of the prison system on African-American families. On a personal note, this was a piece I was truly awaiting ever since it was announced, as I have been a volunteer mentor in an Atlanta-area jail for years and can identify with this matter on a raw level. The work was tragic and beautiful, pulling on Laura’s Mvula’s touching song “Father, Father” and the traditional spiritual “No More My Lord” in addition to interviews with those incarcerated.

Abraham creates a dreamlike world – one that’s almost like a purgatory for those incarcerated or in a relationship with those who are. This is accomplished with a downstage screen that paints the first and ending sections with a hazy, illusory filter. The movement throughout the piece, which is richly layered, shifts between groups, trios, duos and solos. At times the structure is almost too fluid, and could benefit from some crisp lines and more formations. Yet, the piece still realizes its goal: to humanize the turmoil in the justice system. 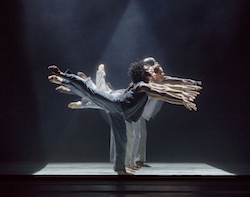 The jewel of this work is how Abraham’s movement vernacular uniquely and perfectly conveys the private battle within these inmates’ minds. At moments a dancer looks tough and even hostile, in the next they are gentle and submissive. Gestures abound that suggest bondage and repression – like dancers falling to the ground, rolling on their side and clasping their hands behind their back, like they’re being cuffed. Overall, the artists portray a people that are burdened and yet constantly seeking hope, who are not quite willing to give up on it but find it elusive.

Abraham’s explosive work places this important problem in front of the audience with a non-accusatory, but somewhat reverent tone – offering them an opportunity to see, to care, to consider. With the current state of racial politics and the release of The 13th, a hard-hitting documentary on racial inequality in the prison system, the timing couldn’t be better. 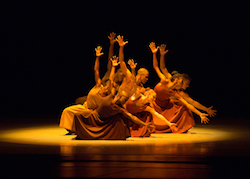 To balance out the tone of the evening’s program, Ailey concluded with its audience favorite – Revelations, which always garners an extra loud applause and many cheers at its start. As usual, the company performs this with finesse and a timeless quality. Perhaps the most significant highlight this evening was the performance of Fix Me Jesus by shorter powerhouse Megan Jakel and impeccable dynamo Jamar Roberts. Throughout this pas de deux—as well as all the other works of the evening—the heart of Ailey was resounding and as strong as ever.