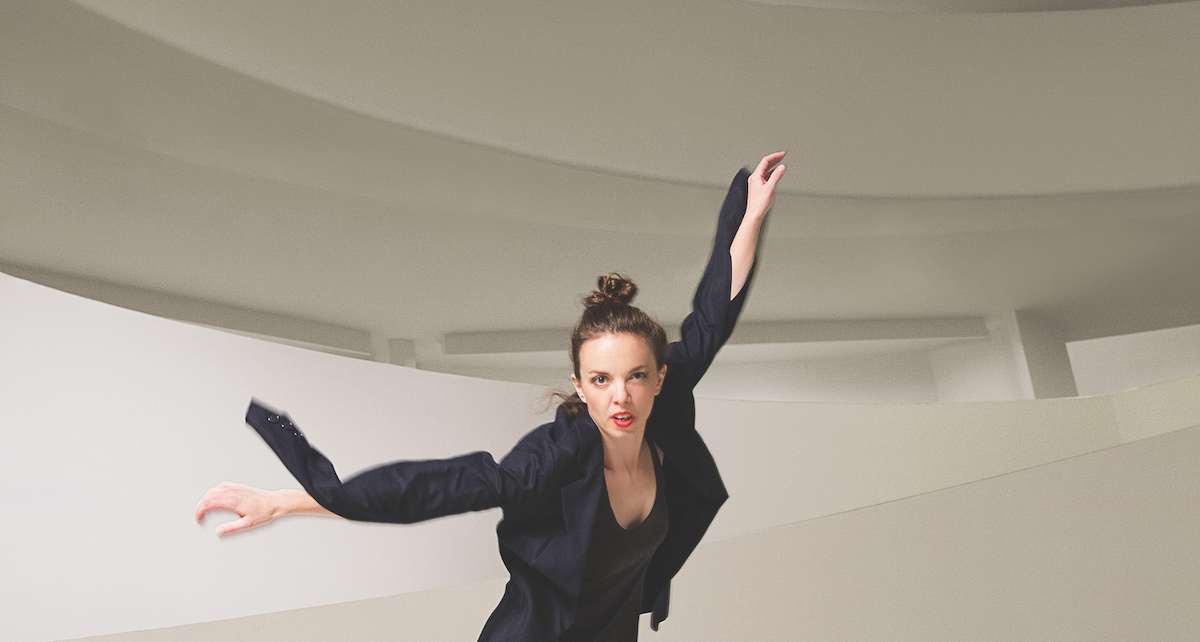 The Solomon R. Guggenheim Museum in New York City, has brought audiences closer to the process of arts creation for several years through its Works and Process series. For its first foray into the “Rotunda Project”, where performances take place within the center of the museum’s iconic spiraling ramp promenade, a residency awarded to popular tapper Michelle Dorrance and Nicholas Van Young resulted in an absolute treat for the eyes and ears.

The 30-minute work showcased dance and music. This included several different sorts of percussion, using far more than just the feet we expect of a tapper. Rhythms came from feet, hands, boxes, sticks, voices, plastic tubes, soft shoe, tap shoe, bowls, drums and probably a few things more. The rhythms were largely integrated with the dance, both tap and break dance, so that we truly received a visual and aural experience.

Taking place in the rotunda, we were offered a unique chamber-like acoustic experience and overhead view of the work that was created onsite. The residency insisted that the work be viewed from an angle above, but a magical touch had two interludes taking place on the ramps alongside the audience where the performers could be heard though not viewed by everyone around them. 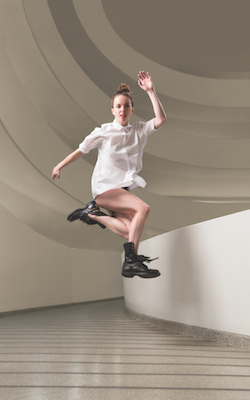 Including the breakers was an excellent choice since their choreography lent itself to the viewing angle, especially during their mesmerizing duet using sliding motions around each other on the floor. But the most visually exciting part for me came just before that, when the large group danced in a circle using short sticks to create percussive rhythms. The movements could just as easily have been viewed on a proscenium stage – the dancers stayed vertical and performed usual moves – but the way they reached their arms out to each other, crossing sticks to hit the beat, lunging sideways and forward to reach their targets, created amazing geometric patterns between and within bodies, like an animated sketch with lines coming to life.

Every component stood out. Something I really appreciated, and this in particular speaks to the intelligent minds who could put this together so rapidly, is that none of these crowd-pleasing components felt gimmicky. It came close when two performers placed bowls on the water in the small pool of the rotunda to use them for percussion. It could easily have felt put upon, as if they walked into the room, saw the still fountain and thought somehow they’d have to use that water; it was right there after all. But it managed to be cohesive instead of overdone, with the tones of the bowls matching those in the vocal and tube music sections.

It was a short wondrous burst of dance and percussion converging beautifully, seamlessly, to create this cohesive performance piece that delighted us from below.