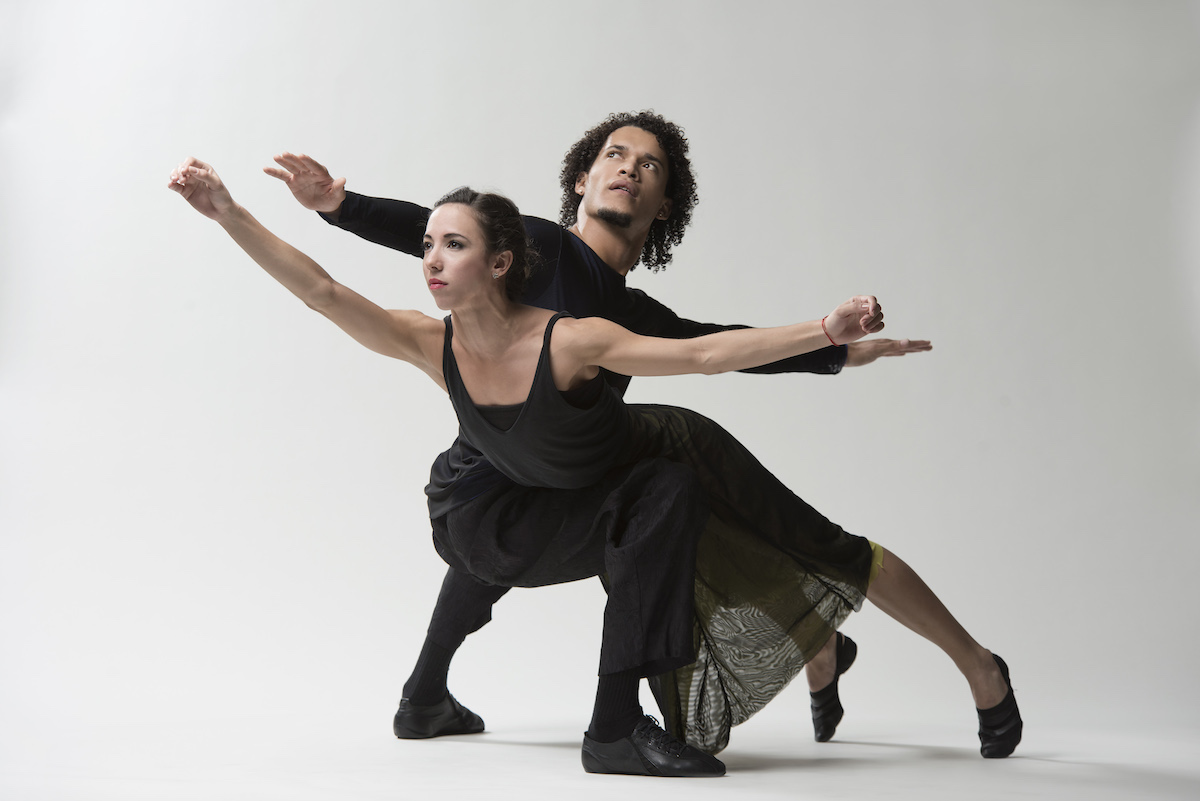 Cuban contemporary dance ensemble Malpaso Dance Company is touring the U.S. again, and it recently visited Atlanta to present a one-night-only performance at Georgia State University’s Rialto Center for the Arts. The program consisted of three works – Indomitable Waltz, Bad Winter and 24 Hours and A Dog.

The first, Indomitable Waltz, is choreographed by Canadian artist Aszure Barton, whom Mikhail Baryshnikov once called “one of the most innovative choreographers of this generation.” Having its U.S. premiere semi-recently, Indomitable Waltz was created since Malpaso’s last visit to Atlanta in September 2015. It is set to various musical selections by contemporary composers across the globe – like Alexander Balanescu of Romania, Michael Nyman of Britain and Nils Frahm of Germany.

Indomitable Waltz captures Barton’s often adored and definitively unique movement style that is a little eccentric at times but also refined and thoughtful in its own right. In her choreography, Malpaso’s dancers shine. They showcase a nonaggressive, soft familiarity with one another, while also an inquisitive spirit pushes and pulls them together and apart. 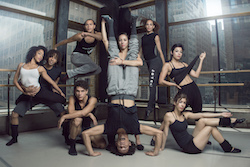 Photo courtesy of the Rialto Center for the Arts.

Shoulders roll back, waves ripple through the body, feet slide into lunges, heads swoop as figures roll onto the floor, and hands collide as dancers weave in and out of one another. There is a weightiness to some sections, and lightness in others. Hips are swiveled, then propelled forward; spines are curved and then elbows are dropped. Occasionally street dance influences can be seen, as well as balletic partnering.

Truthfully, the costumes are unmemorable – but maybe that’s intentional. Yet, the simple, stark set design is notable, as it does seem to perfectly suit the stripped, to-the-point choreographic work. Five or so simple bulbs are clipped to the hanging black curtain, spread out along a horizontal axis in a zigzag. Throughout the piece they turn on or off, with just one bulb sometimes shining off the shadowy stage.

Malpaso next presented Bad Winter, a 2011 work by choreographer Trey McIntyre. Guest artist Chanel DaSilva expertly performed the solo in the first section, as she is a former lead dancer of the now disbanded Trey McIntyre Project and has danced this mystifying part many times over. This saw her in a white conductor’s tuxedo jacket in simple black shorts performing with an air of brava, as if she was a circus ringleader. Then, with little explanation or transition, the piece shifts to an intimate pas de deux, performed here by dancers Daile Carrazana and Manuel Duran. To be honest, this piece was engaging and perplexing in equal measure. For dance newbies who like storylines and context, this work might prove frustrating. 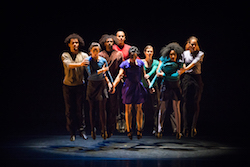 Lastly, the company creation 24 Hours and A Dog was performed after a short break. Artistic Director Osnel Delgado, who danced in this presentation, spearheaded this work. It’s a piece that obviously holds a special place in the company’s heart because all the artists seemed to come alive even more. It features an original overture by Grammy Award-winning Cuban-American jazz composer Arturo O’Farrill and the entire piece is a delight. Abounding with energy, it was a great choice to conclude the night with.