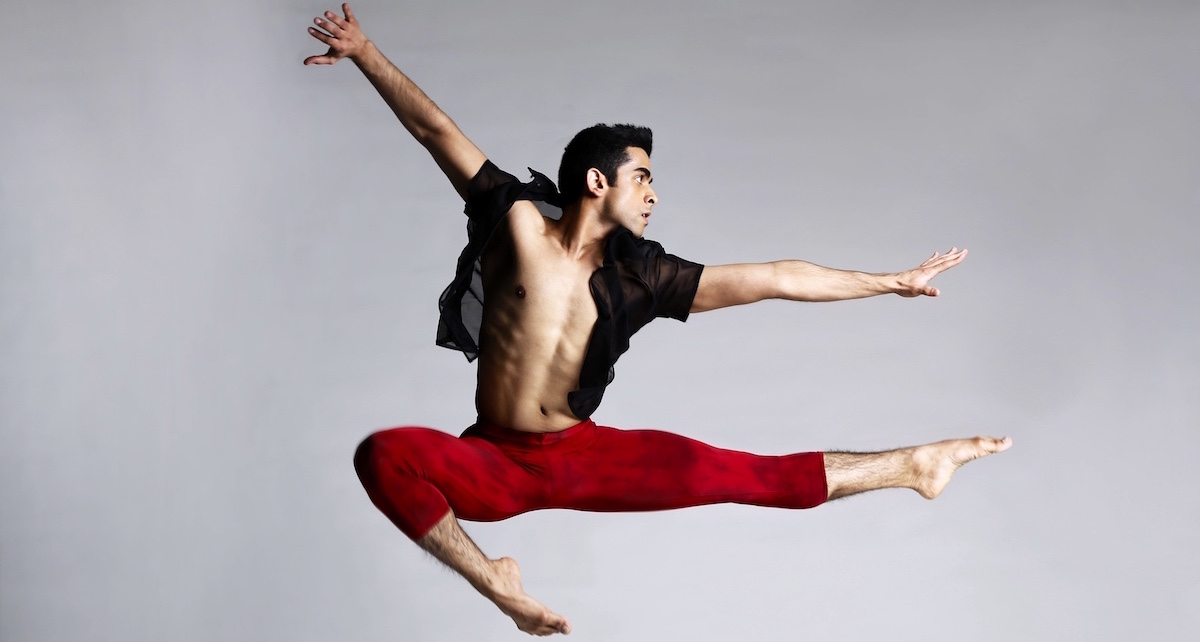 George Balanchine asserted, “I don’t want people who want to dance, I want people who have to dance.” Many dancers of this kind overcome incredible odds stacked against them – socioeconomic, cultural, physical, et cetera – to move as their body and heart require of them. Through that, they can awe and inspire us – not only by their grace and beauty in motion but by their unstoppable tenacity and grit. Sanchit Babbar, an alumnus of The Ailey School (2015 graduate of the school’s Scholarship Program) and principal dancer for Western Colorado Dance Theater, is one such dancer. He is living his dream not by compromising his overall wellness, but by relentlessly working toward it.

Babbar grew up in New Delhi, India, in a traditional Indian family. He explains how in India, “dance is seen as a hobby, not as a job, not as a career”. He was dancing at The Dance Worx (New Delhi) when Anthony Noa, an American ballet teacher from Deutsche Opera Berlin, entered and re-framed the curriculum – more rigorous ballet training and less entertaining commercial dance. Noa piqued Babbar’s interest in dance as a high art form, more than something to do for fun. 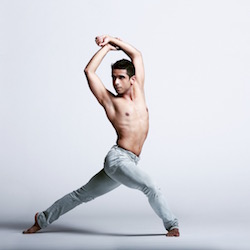 He began viewing various concert dance works on YouTube, and dared to dream that he could dance for a living, just as were the performers he was watching. When he saw a video of Alvin Ailey’s Revelations, he knew that is what he had to do. In particular, dancer Matthew Rushing performing this piece moved him to move for a living. Again, that was unheard of in Babbar’s cultural surroundings.

Of course, it wasn’t snap-and-it’s-done. First, there was the matter of Babbar’s weight. Noa, his ballet coach and mentor, fully supported his decision to pursue a professional dance career but informed him that we would need to shed some weight in order to be considered for professional companies. Through running, yoga and a more mindful approach to eating, Babbar shed 50 pounds. He claims that the non-physical aspects of yoga – breath, mindfulness, maintaining a ritual of practice and a focus on holistic wellness – helped him come to the thinner version of himself that was ready to audition for elite dance schools. “The mind is an incredible thing,” he claims. “Whatever you put into it, you get out of it.”

Babbar also had to cope with family pressures and expectations. His parents expected him to work toward a career as a doctor, lawyer or IT professional. They didn’t understand why he would choose to dance, and wondered how he could possibly make a living doing so. “We would fight every day, them not understanding and me insisting that this is what I want to do,” Babbar recounts. He says that his relationship with his parents has improved, but that they still question what he has chosen. He says that he remains calm, mindful and non-judgmental toward them, as he learned to do from yoga and other life experiences. He doesn’t let the doubts make him fearful. Because the fear, if it takes control, can destroy a dream, he claims.

He took the long journey to New York City to audition for The Ailey School. He was accepted with a full four-year scholarship and free housing. He trained tenaciously, and has seen it pay off. In addition to performing with The Alvin Ailey Students Performance Troupe (2013-15), he was selected to dance with The Alvin Ailey American Dance Theater as a guest performer for pieces such as A Grateful Gathering and for the Ailey Spirit Gala in 2014 and 2015. Venues for these performances included City Center and the David H. Koch Theater at Lincoln Center. 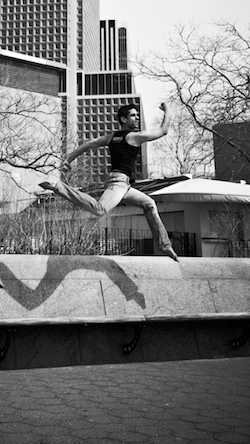 Through those opportunities, he also danced Revelations, the piece that most inspired him to take the leap unto the path of becoming a professional dancer. Through hard work, inspiration from those who have believed in him and never giving up on his dream, it all came full-circle.

His advice for young dancers who have dreamed like he has is to clearly envision where you want to be. “Have a clear vision first, and then it’s just work. The daily practice, the ritual. And then, what you want, you wake up one day to find that it’s just there,” Babbar claims. There’s still room to grow, and milestones to reach, he acknowledges. His dream role is Romeo in Romeo and Juliet, and he aspires to dance for The Royal Ballet in London, England. Currently, Steven McRae, Royal Ballet principal dancer, in particular inspires him.

Babbar knew, and could visualize, what he wanted. He trained hard but didn’t sacrifice his overall well-being. In fact, working on his mental strengths and physical health helped lead him to where he is today. This inspired writer is confident that he’ll continue all of that until his wildest dreams are his to experience. We can be grateful that there are those like Sanchit Babbar who show us what’s possible when we move with heart and passion (but not just for the fame or glory), and never stop trying to improve upon ourselves. They can remind us to never let fear or the naysayers get in the way of what we’ve envisioned for ourselves.