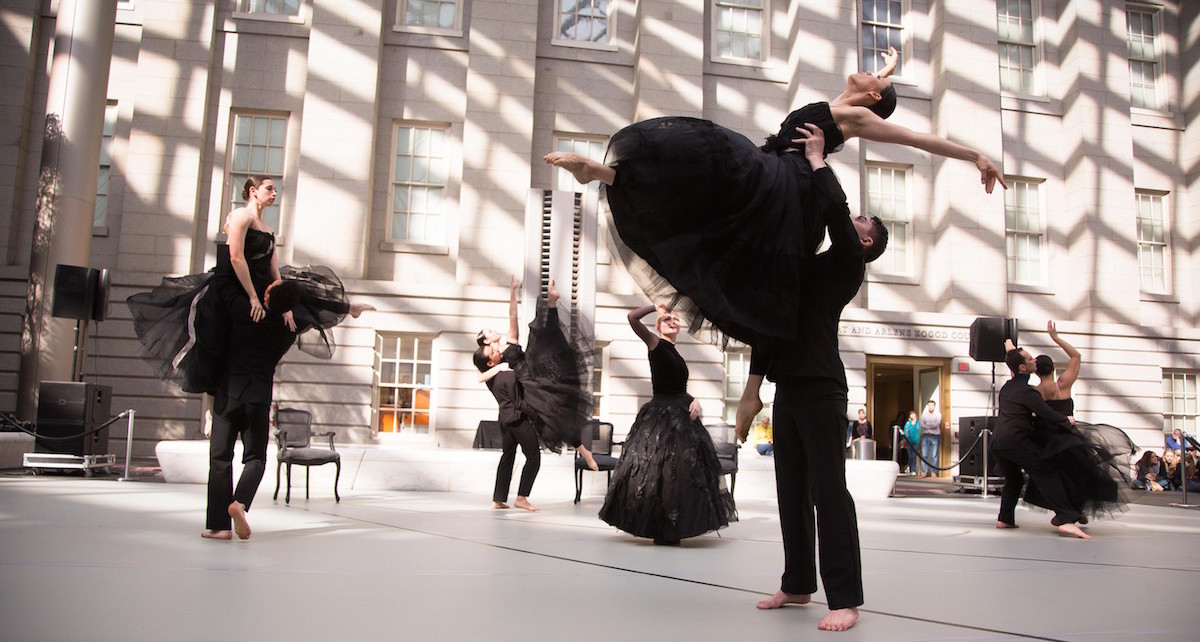 “I found very early on that the arts have a capability that is beyond language, that is beyond cultural differences. They can somehow register with all of us and tell stories that we all understand.” — Dana Tai Soon Burgess

Politics, money, race, religion… At few times in recent history has the U.S. seemed as divided by such factors as it does today. Wouldn’t it be comforting to know that amidst the layers of frustration, prejudice, fear, and misunderstanding, there is common ground to be found? 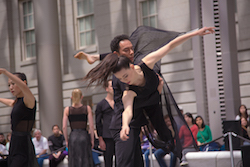 Dana Tai Soon Burgess believes that there is. As the first choreographer-in-residence for the Smithsonian’s National Portrait Gallery, he and his dance company are now in a position to share this hope with an expansive audience. Burgess is already known for producing socially resonant work both in the U.S. and on an international scale, and his creations abroad have earned him the title of State Department Cultural Ambassador. When asked about the designation, he chuckles, saying that “it does sound lofty, but it’s not, really. For almost 25 years now, I’ve had the unique opportunity of doing projects overseas, from Peru to Mexico to Panama to the Middle East. All of these [ventures] have been not only to perform and to teach, but also to engage and build friendships. That, I think, is what diplomacy really is. It’s finding those connections between cultures, between artists, that create long-term friendships.”

Given the current state of affairs in his own country, the timing of Burgess’s official partnership with the Smithsonian feels providential. This is not his first collaboration with the institution, however. The relationship began in 2013, when a National Portrait Gallery exhibition called “Dancing the Dream” led curators to think outside the picture frame.

“It did occur to all of us that it was kind of weird to have a show on dancing that was static,” says gallery director Kim Sajet. “So, our then curator, Amy Henderson, reached out to Dana, and we came up with this great collaboration where they did rehearsals in the gallery for a piece called Homage. It was really wonderful. They pulled together quotes and music and dance styles of the people who were in the exhibition — everyone from Liza Minnelli to Baryshnikov to Lady Gaga. It was a great visual history of dance as interpreted by artists reacting to the exhibition [through movement].” 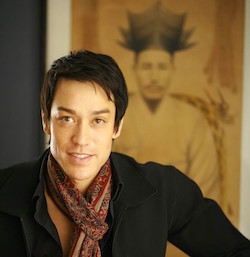 The scheme was such a success that the gallery invited Burgess to take on an entirely different topic in 2015: Alexander Gardner’s striking Civil War-era photographs. Again, with cultural and political unrest intensifying in the U.S. at the time the exhibit launched, the decision to involve a proven artistic diplomat in the project feels, in retrospect, apropos. The parallels between an actual war instigated by irreconcilable belief systems and the intractable, prejudice-driven violence to which we, as a nation, have become disturbingly accustomed in recent years are worthy of note.

“Here’s this exhibition where you see these horrible, horrible images of the dead at Antietam and at Gettysburg, and it all seems sort of frozen in time,” Sajet relates. “So, how do we get people to really think about war and death and their impact on community? This is where Dana came through with a really beautiful dance performance. It was very powerful… exactly what we wanted: To put emotion back into the museum; to have people really think about what the cost of human life is. We still suffer from this today. We’re still dealing with the issues of that war.”

Energetic but thoughtful and deliberate in speech, Burgess doesn’t sound like the subversive type. Yet by and large, his body of work poses a challenge to entrenched ideologies, compelling audiences to reevaluate — or at least to acknowledge — the personal and shared preconceptions that repeatedly stand in the way of positive social progress. As a self-described “hyphenated person”, Burgess has a natural bent for such introspection, and art as activism is less a choice than a gut instinct.

“I grew up in a Latino community, in Santa Fe, New Mexico, but I’m half Asian,” Burgess explains. “There were so many different influences, and it was always about trying to figure out how the language of art could connect a series of seemingly disparate situations in my life… This issue of trying to find connectivity between different cultures and trying to find lines of common human experience that draw us all together has always been of interest to me. I do feel like it’s a social responsibility, especially when one is given the opportunity to work with a major institution and to impact so many people.” 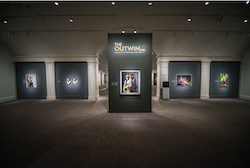 In his new capacity at the portrait gallery, Burgess has access to its exhibition calendar for years in advance, and has been given free reign to select the projects he will tackle. He will also be in regular, direct contact with the institution’s curators and historians, experts on both specific art forms (painting, sculpture, photography) and the subjects they address (from pop culture to the American presidency), who can offer a deeper understanding of the pieces within each collection and the impetus for selecting them.

“What is very exciting about this is that I’m constantly chronicling America in motion. I’m engaged in research in a different way,” Burgess enthuses. “I think we sometimes forget that the Smithsonian is not just a set of museums; it’s also a huge educational institution housing the history of America and beyond. Having access to these curators, these historians, is really fascinating.”

His next undertaking will be the “The Outwin 2016”, an exhibition chronicling modern American life through various forms of portraiture. Roughly 50 works, chosen through a juried competition, comprise the show, providing Burgess with ample inspiration for his own creation. The winner of the contest, Amy Sherald, is known for paintings that, in her own words, “confront the psychological effects of stereotypical imagery on African American subjects.” Another top contributor, Cynthia Henebry, “explores the relationship between order and chaos in the internal lives of children and adults” through her photography.

“‘The Outwin’ has four over-arching concepts behind it: race, immigration, gender, and poverty/socio-economic situations,” says Burgess. “When we look at the election and the issues that are impacting all of us in America today — those are all in the exhibition, which is why I chose it.”

Sajet echoes the choreographer’s appreciation for the timeliness of this presentation.

“What you see are all the concerns that people in our nation have been grappling with in this period: everything from immigration and refugees in our community to LGBTQ and gender issues, loneliness, vulnerability of youth, motherhood,” she says. “I think it will be interesting to see how Dana takes on today’s issues as reflected by contemporary artists.”

Open rehearsals for “The Outwin” will take place in the galleries on the first three Saturdays in October. The full performance, which will be staged in the enclosed Robert and Arlene Kogod Courtyard, is scheduled for the evening of October 28.

As for Burgess’s next enterprises at the Smithsonian, the sky’s the limit, he says. “Being at the museum expands the scope of the work we can do. The inspiration that’s there, the vast research capabilities… It allows me to be more experimental.”