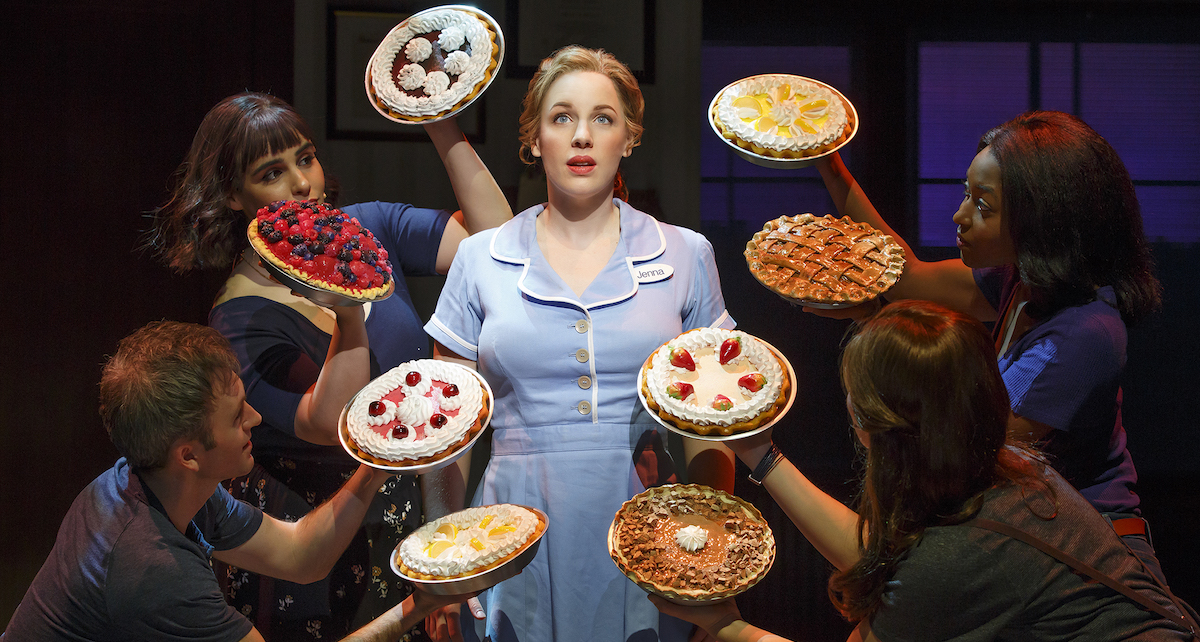 As she settled into her seat at New York’s Brooks Atkinson Theatre, Emmy Albritton noticed something unusual — the distinct smell of baking apple pie. “It smelled like warmth,” Albritton recalls. “It smelled homey.”

The 20-year-old regular theatergoer has seen the new Broadway musical Waitress twice already — “and I have plans to see it two more times over the summer, at least,” she says.

Based on the 2007 film about an unhappily married waitress, who pours her emotions into her pies, the musical has a cast of Broadway veterans (such as Tony Award-winning Jessie Mueller) crooning original lyrics and melodies crafted by mainstream singer-songwriter Sara Bareilles. But not just the names on the marquee have generated press for the show, which opened in April. Waitress has drawn attention for its aromas.

What the heck is a pie consultant?

“The [producers] really wanted to make the show as authentic as possible,” Donnelly says. “So I was brought on to help in all things pie.”

“All things pie” included baking dozens every week — both for onstage and to sell at concessions — as well as creating pies for photo and commercial shoots, coaching the show’s lead on how to make her pie-making look authentic, and figuring out how to make the theater smell like apple pie.

Donnelly said she got involved with the show when it was being workshopped. But really the roots of it traced back to the 2013 Broadway revival of Pippin. She says a friend approached her about joining the production team. That’s when she met Broadway producers Barry and Fran Weissler, who said the five-foot-tall cake she made for the Pippin opening night party was “a work of art”.

“We were blown away,” Barry Weissler says. “So, when we were thinking of providing mini-pies to our guests at an early developmental reading of Waitress, I immediately thought of Stacy. Just like the lead character of our story, she can turn an idea into a delicious reality.”

Donnelly appreciated the Weisslers’ attention to detail. “I loved the idea of making the theater smell like pie,” she says. “I thought it was genius. [The Weisslers] really want their audiences to have the whole experience.”

To achieve a fresh apple pie smell that could linger the duration of a Broadway show, Donnelly says it took experimentation, time management, and a convection oven in the theater lobby.

“We made a couple of changes, such as adding a lot more cinnamon and nutmeg, and leaving out the lemon juice — lemon juice helps to keep the apples from browning, but in the process can trap the smell a bit,” she explains. “We start baking the apple pie about 20 minutes before the doors open and have it baking at a lower temperature throughout the show.”

The alterations impacted on the pie’s taste, “but somehow it still gets eaten at the end of the evening,” she says. 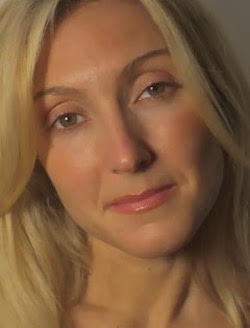 But first, it was all about dance.

Before her ventures into the culinary arts and inner workings of Broadway, Donnelly spent her hours in a dance studio. She danced with a number of professional companies, including ODC in San Francisco, but reflected on her time with New-York-based Bradley Shelver Contemporary Dance as a career highlight.

As a founding member and rehearsal director, Donnelly says, “It was the place I felt most at home and the place I grew the most as an artist.”

She met director Bradley Shelver while working as an assistant to Milton Myers, who teaches at the Juilliard and Ailey schools. Donnelly left an immediate impression on Shelver. “She has a very keen sense for detail and clarity when it comes to movement,” Shelver, who also serves as the Steps Repertory Ensemble artistic director, shares.

The art of baking: A family affair.

Donnelly didn’t attend culinary school, but she says her training is legit. “Italian women in the kitchen,” she comments. “Baking and decorating have been in our family for generations.”

That, coupled with all of her artistic interests and pursuits, helped her launch Cute As Cake with her mom eight years ago. “It was something [my mom and I] loved to do,” Donnelly explains. “We decided to start a part-time business. I was still performing at the time, and my mom was a teacher. We had no idea where it would lead.”

Her passion for owning a business came from her father. “My dad started his own company, and I grew up inspired by him and his hard work,” Donnelly says. “It’s not always easy, and there is never a day off, but it’s so rewarding.”

Transitioning: ‘Not the easiest pill to swallow.’

Despite all this foreshadowing, Donnelly says she never had a mapped out plan for post-dancing. It wasn’t in her character to do so. “ I have dreams and goals but never put a timeline on anything,” she shares. “I think the discipline of dance has given me the confidence to try it all.”

She’s kept her interests diverse — dance, baking, school, sculpting, decorating, coaching, producing — and urges other dancers to do the same. “Stay open to any opportunity,” she advises. Donnelly also says her experiences at University of California Los Angeles shaped her into a better artist and person, and encourages dancers to attend university. “You never know when those classes might actually come in handy,” she adds. “Try as many things as you can. Develop yourself as a whole.”

Not to say the transition from performing was a piece of cake for Donnelly — and they rarely are for dancers. A bad hip injury from falling on ice one winter put her out of commission and, because she wasn’t a candidate for surgery, she had to re-evaluate. But her time in the kitchen has quickly replaced the thrill of performing.

“It is so fulfilling to create something from beginning to end,” Donnelly says. “The reveal is kind of like opening night of a show: lots of nerves with so much joy, then the relief it all went well. My two worlds are not really all that different.”

And those worlds have continued to collide.

“What most impressed me about her transition is that she still found a way to still be connected to the art form, as a producer of Broadway and also as a creative culinary artist,” Shelver says, “and then combining the two on the show Waitress.”