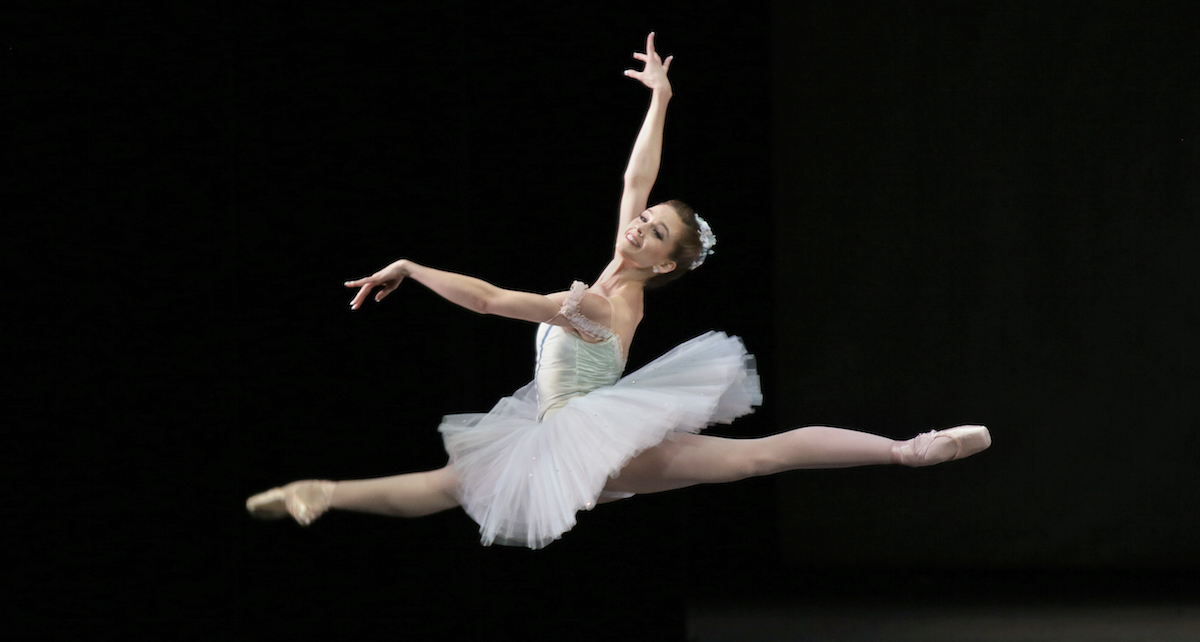 In fall 2015, New York City Ballet (NYCB) received some backlash for its less-than-diverse crop of choreographers that season. The dancemakers headlining each program were mainly white males. In March, however, the company announced that this fall it would present premieres by two female choreographers – Annabelle Lopez Ochoa and NYCB’s own principal Lauren Lovette.

Dance Informa recently had the pleasure of speaking with the lovely, gracious Lovette on her new venture and on being a truly living artist. 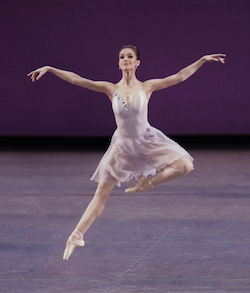 It may actually have been dance that found her. When she was 11, a woman noticed her feet at a dance shop owned by her aunt. Lovette, who says her family didn’t have the finances for extracurricular activities like ballet, explains that that woman, Kim Maselli, would go on to support her dance training for two years.

Lovette recalls watching library dance videos of American Ballet Theatre performing the classics, but it was when she attended the School of American Ballet (SAB) summer program at age 13, followed by a full year at the school, that she discovered NYCB.

On injury and stepping away.

Lovette’s rise through the ranks at NYCB came pretty quickly. She joined as an apprentice in October 2009, became a member of the corps de ballet in September 2010, was promoted to soloist in February 2013 and to principal in June 2015. All of this dancing left little time for rest, Lovette says, and a nagging foot issue – an extra bone – left her in discomfort for nearly six years. Last year, however, Lovette chose to undergo foot surgery.

“They started casting me in jumping roles a lot,” she reflects. “So I was jumping constantly, and I wasn’t really focusing on getting stronger. I was focused on just getting by. So I talked to my boss and said, ‘I’m treating my body like I’m about to retire next year. I’m not really jumping in class, I’m marking everything until the show.’ I wasn’t happy that way.”

Her director encouraged her to have the surgery sooner rather than later, to get back to what could be a long career ahead. Lovette calls the recovery period a “stepping away situation”, but she alludes to the point that she was lucky in a way, that it was her decision to step away and not a sudden incident that forced her out. 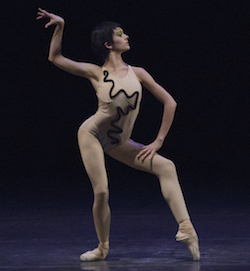 It’s a Lovette story like that that brings out the human element behind the dancer – the analytical, thoughtful person. She’s open to sharing herself and her experiences, and on stage, too.

“I always tell people, especially young kids who come into the company, ‘Make sure you have a life,'” Lovette says. “Everything that happens to you – good or bad – is something you can put on stage. It’s so important that things happen to you so you actually have a soul out there. If you just dance and it always goes well and you don’t have much of an outside life, I feel like it’s a little shallow and people can tell.”

On choreographing for NYCB.

On the calendar grid for NYCB’s upcoming seasons, September 20 marks the “New Lovette”. This will be Lovette’s choreographic debut on a ballet company, an experience she’s simultaneously excited about and one that feels unforeseen. While she choreographed a bit while at SAB, and has had “make a ballet for NYCB” on her ever-growing bucket list, Lovette is humbled by the opportunity.

“[Choreographing] is always something I’ve been interested in,” Lovette shares. “I like to improv, I like listening to music and moving because that’s just so natural for me. Am I going to be an amazing choreographer? I don’t know. I haven’t really tried. But I’m not one to ever turn down an opportunity, so I told myself, ‘Of course I’ll try.'”

For her new ballet, Lovette will use classical music (a concerto by Robert Schumann), 17 dancers and costumes in collaboration with fashion designer Narciso Rodriguez. And since the work’s three-week rehearsal period doesn’t begin until August, in the meantime Lovette says she has her eyes peeled for inspiration and carries a notebook to jot down ideas.

“I’m targeting my fellow dancers, my friends,” Lovette says of her movement intention. “I want to give them something inspiring to dance. I want them to feel energized afterward. I want it to be something that they love so when they dance it on stage the audience can love it, too.” 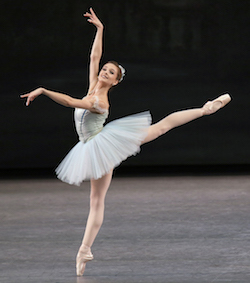 On being a female choreographer.

While Lovette may not have an answer as to why the work of female choreographers is not presented enough, especially in big ballet companies, she does hope that her example will change the trend. Perhaps the lack is due to the high demands already placed on the female dancer, Lovette says, or maybe it’s that ballet dancers aren’t often given the creative exercises that a more modern or contemporary dancer is exposed to, or it could be that other women just don’t see other women doing it and, thus, don’t know where to begin.

“I think it’s a good example to others,” Lovette says of her opportunity, “to students who think they’re interested in this, especially women who think, ‘I don’t know, I don’t see anyone else doing it. I don’t really want to stick my neck out there.’ We do, I feel, get more criticism than men do. I mean, New York City Ballet, we get a lot of criticism anyway, so it’s not the easiest platform to put a new work on. Balanchine made all his pieces there. So many great works have come out of this organization, so something sub-par, they talk about it.”

But Lovette acknowledges that there are many creative women out there; some are just yet to be discovered. “I’m just so honored that I get to do it,” she remarks. “There are so many great female choreographers out there who would probably love to choreograph something on our stage, and the fact that I’m getting the chance is not necessarily fair, but I’m just very grateful for it. And I hope it’s not the last time. I would love for things to happen on our stage that involve females and to not have a fear there. We should get Crystal Pite, or Jessica Lang…or Emery LeCrone. It would be nice.”

On advice, for dance and life.

Whether she knows it or not, Lovette is inspiring others on a daily basis. She fills her Instagram and social media feeds with uplifting quotes and motivational posts. And while she seems like the natural-born wise one, she’s the first to admit that life has taught her. One trait she’s learned to practice, and one that she encourages younger dancers to follow, is humility. 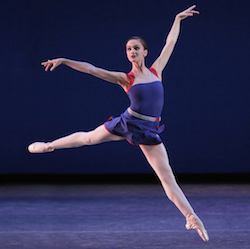 “I wish that I had learned to laugh at myself sooner,” she says. “I wish I would’ve learned that I could just go for the combination, do whatever, and if I fall down be the first one to laugh and then try again. Because that’s something that came later, and it helped me so much. It takes all the pressure off suddenly. Just don’t be afraid to look dumb.”

She also recalls her dance teachers she had when growing up and the lessons they passed on to her then. “Stop putting the barriers in your own mind of what you can do,” one of her teachers, Lilyan Vigo, told Lovette, when she would get down about not being “enough”. And then, sometimes it’s the parents who teach some of the most important messages of all.

“[My parents] have always told me it’s more important who you are on the inside than you are on the outside,” Lovette shares, “because that you live with forever and dance is only a time. I think that’s the best life advice I’ve ever gotten.”