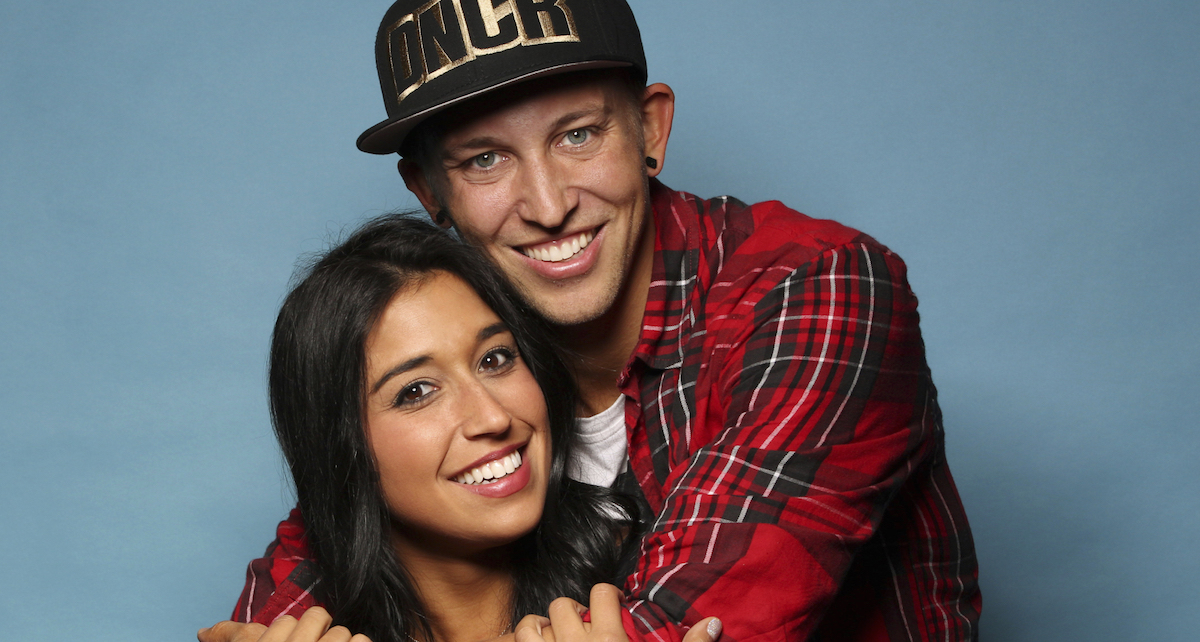 Social media encompasses the lives of many people on a day-to-day basis. No matter where you look, social media is within arm’s reach. So what happens when you’re cut off from all social media and must rely on other resources? Professional dancers Matt Steffanina and Dana Alexa are no strangers to this seemingly difficult task.

As social media influencers and successful YouTubers, Steffanina and Alexa have had their fair share of struggles with not being able to use social media as they normally would. Competing on season 28 of The Amazing Race competition has contrasted the challenging but beneficial results of not having social media for both of them. As an engaged couple on the show, Steffanina and Alexa have had to maneuver through various challenges that they would have thought impossible to complete otherwise.

“It was really difficult!” recalls Steffanina. “For information and directions in foreign cities, I usually rely on my phone.”

Although there were a few times that Google or MapQuest would have come in handy during the challenges on the show, Alexa had a different perspective on her experience without the use of social media.

“Personally, I think not having social was helpful,” she says. “It was nice to not have any distractions and to be completely immersed in the culture.”

In addition to competing on The Amazing Race, Steffanina and Alexa have managed to balance numerous dance-related projects as well. For example, Steffanina recently launched an app called JusMove, which has been described as an Instagram for dancers. What sets it apart is that the videos uploaded can be full-length rather than 16-second increments as you would see in other apps. Although JusMove is a fairly young app, the response in video submissions has been noteworthy. 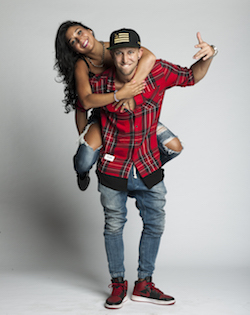 “It’s been wild,” says Steffanina. “I just held a competition on the app where the winner got to fly out to L.A. and take my class.”

With thousands of submissions for the contests offered, JusMove has revolutionized how people share the art form and the love of dance. The genres of dance videos submitted through JusMove vary from ballet to breakdancing. And even though hip hop is the style most frequently posted, according to Steffanina, all styles of dance are welcome on the app. JusMove is prime to help those who have not yet been discovered through their video submissions.

“It’s a way for dancers to take dance from being a hobby to a career,” Steffanina explains. “You can be seen by choreographers and casting directors all over the world.”

Likewise, Alexa has quite a few projects under her belt that further incorporate her professional dance background. One such project is with Too Faced Cosmetics.

“We are doing a super fun, feminine video with sassy choreography and strong women,” Alexa shares.

There couldn’t be a better way to advertise Too Faced Cosmetics’ playful brand than to have some awesome choreography to back it up. Adding a fun track to dance to is just the icing on the cake for this project.

As Alexa discusses her hopes for the video moving forward, she says, “I’m hoping to capture the essence in the movement and just make a really enjoyable video to showcase their incredible mascara.”

With two great projects underway, and competing in a rigorous competition on television, there wouldn’t seem to be much time for anything else, but Steffanina and Alexa have succeeded in producing yet another inspiring project together. DanceCon is an inventive project where they fly to a random city and organize a class through social media. Steffanina and Alexa film the classes that they teach and transform them into episodes that they post on YouTube.

In regards to the age limit for these classes, Steffanina says, “We’re hoping to reach dancers age 10-35, but we had some as young as eight and as old as 50 at our last taping. Anybody who wants to come out and take class is welcome!”

Although DanceCon has mainly occurred in the U.S. so far, going international in the future is the ultimate goal moving forward for Alexa and Steffanina.

“I don’t think there’s a limit to DanceCon’s reach, and it is definitely the goal to take it international,” assures Steffanina.

As DanceCon continues to grow a following over time, the prevalent theme mentioned by Alexa and Steffanina is for dancers to be inspired to come and take class.

“DanceCon brings a little bit of the training and excitement of L.A. to wherever they are in the world,” Alexa says. “We are hoping that it will spark excitement and ambition in dancers to pursue their art and stay invested.”

With the welcoming environment that DanceCon strives to offer, it is sure to inspire dancers around the country to join in this celebration of the art form and network with one another as well. Alexa and Steffanina are paving the way for those who wouldn’t normally come out and attempt a dance class one city at a time.

Alexa says, “We want dancers all over the world to believe in their ability and their potential for success!”