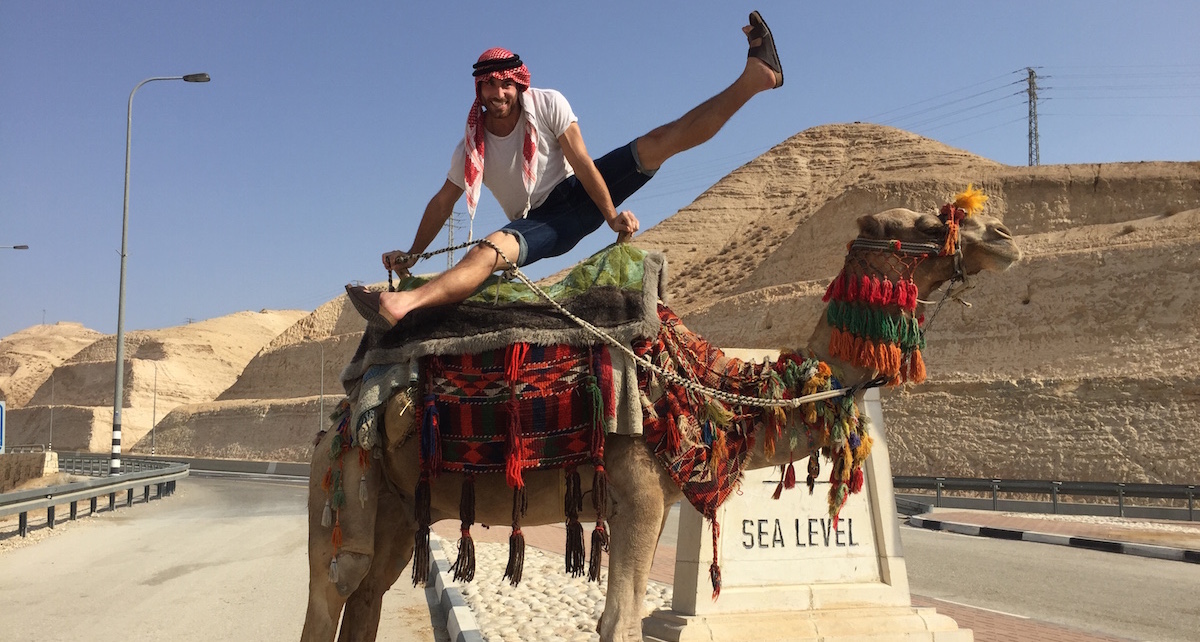 Dance diplomacy isn’t dead; it just took a 20-year hiatus. The idea – aimed at fostering cross-cultural understanding through dance – first took shape in 1954 when the U.S. State Department sent the Limón Dance Company to South America. Over the next four decades, American companies, including the Martha Graham Dance Company and Alvin Ailey American Dance Theater, among many others, traveled the world promoting cultural exchange. 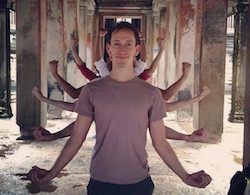 Up through the 1980s, which many consider “the golden age of modern dance”, big name companies had the money and resources to sustain themselves. Government and corporate sponsorship made international tours possible and thus helped disseminate American modern dance throughout the world. But it didn’t last. In the early 90s, funding sources began to dry up, cultural diplomacy decreased, and the State Department put a halt to its dance diplomacy programs.

Then, in 2010, the State Department created DanceMotion USASM, reviving the notion of dancers as cultural ambassadors. A program of the Bureau of Educational and Cultural Affairs and produced by the Brooklyn Academy of Music (BAM), DanceMotion USASM was founded “to facilitate cultural exchange while showcasing the best in contemporary American dance abroad”. In the five years since the program’s launch, 17 American dance companies have toured 47 countries in total.

Each tour is a month long, and the State Department determines the regions where companies will visit. The 2015-16 season kicked off in October with Los Angeles-based BODYTRAFFIC in Israel and Jordan. Next up, Dance Heginbotham, directed by former Mark Morris Dance Group company member John Heginbotham, will visit Indonesia, Laos and the Philipines. Finally – in part a reference to the roots of dance diplomacy – the Limón Dance Company will travel to Madagascar, South Africa and Zambia.

Companies don’t apply; rather, they are selected from a list of every American organization that has recently received a grant. DanceMotion USASM Project Manager Michael Blanco says he and a panel of experts sift through about 2,000 professional companies looking for specific criteria such as a focus on outreach and marketing ability.

With a strong emphasis on digital and social media, today’s dance diplomacy looks a lot different from State Department tours of the past, but the goal of fostering “citizen diplomacy” remains the same. This concept, as defined by the Center for Citizen Diplomacy, holds that “every global citizen has the right, even the responsibility, to engage across cultures and create shared understanding through meaningful person-to-person interactions.”

Basically, human contact still matters. And an online presence makes limited funding go further with what Blanco calls “multiplier effects”. Videographers accompany troupes and document the process. Dancers are encouraged to upload their own photos and videos on social media and write blog reflections. Audiences across the globe can watch live streaming performances. 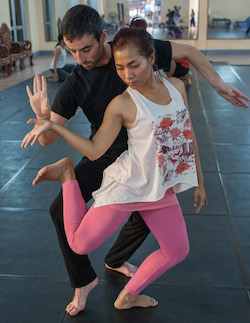 While on tour in Israel, BODYTRAFFIC dancers posted pictures on the DanceMotion USASM Facebook page that gave personal accounts of their experiences. In one, a dancer strikes a ballet pose atop a camel. Another shows the group in front of the famed Western Wall in Jerusalem. Others were taken at Beit Ha Galgalim (House of Wheels), where the company led a workshop for participants in wheelchairs. This kind of real-time documentation is a far cry from dance diplomacy of the past, when participants might have given a lecture upon return or written an after-the-fact account. Reactions feel spontaneous and emotional, and we see the impact it has on all those involved.

After their tours, company directors attend a debriefing with DanceMotion USASM representatives to discuss what worked and what didn’t. In the first couple of years, Blanco says he always heard the same comment: “We wish there was a way we could return the favor.” In response, the organization obtained additional funding to allow its participants to bring a foreign dance company of their choice to the United States.

These exchanges have been transformative for both American and foreign companies. In 2012, Trey McIntyre, artistic director of Trey McIntyre Project, brought the Korea National Contemporary Dance Company first to Boise, Idaho, for a three-week residency and then to New York for a performance at BAM. Last year, the 100th anniversary of the Armenian genocide, David Dorfman Dance traveled to Armenia and Turkey and brought back the Korhan Basaran Company from Istanbul. The Turkish company spent three weeks at the Bates Dance Festival. DanceMotion USASM then live streamed their performance to Istanbul and Yerevan, Armenia. What resulted was a sort of “artistic think tank,” with viewers and artists from both countries discussing the idea of reconciliation.

This season coincides with the 25th anniversary of the Americans with Disabilities Act, and outreach will focus on working with mixed ability populations. Blanco and his team went on advanced trips to the regions to identify organizations and companies who might benefit from the exchange. Then DanceMotion USASM prepared the American companies with assigned research and training courses to learn effective practices.

“The tours are emotionally full,” says Blanco, and performances are the lowest priority. And although they rarely speak the same language, Blanco says an interesting thing always happens: the interpreter steps aside, and participants create dialogues – perhaps understanding one another better – through movement.