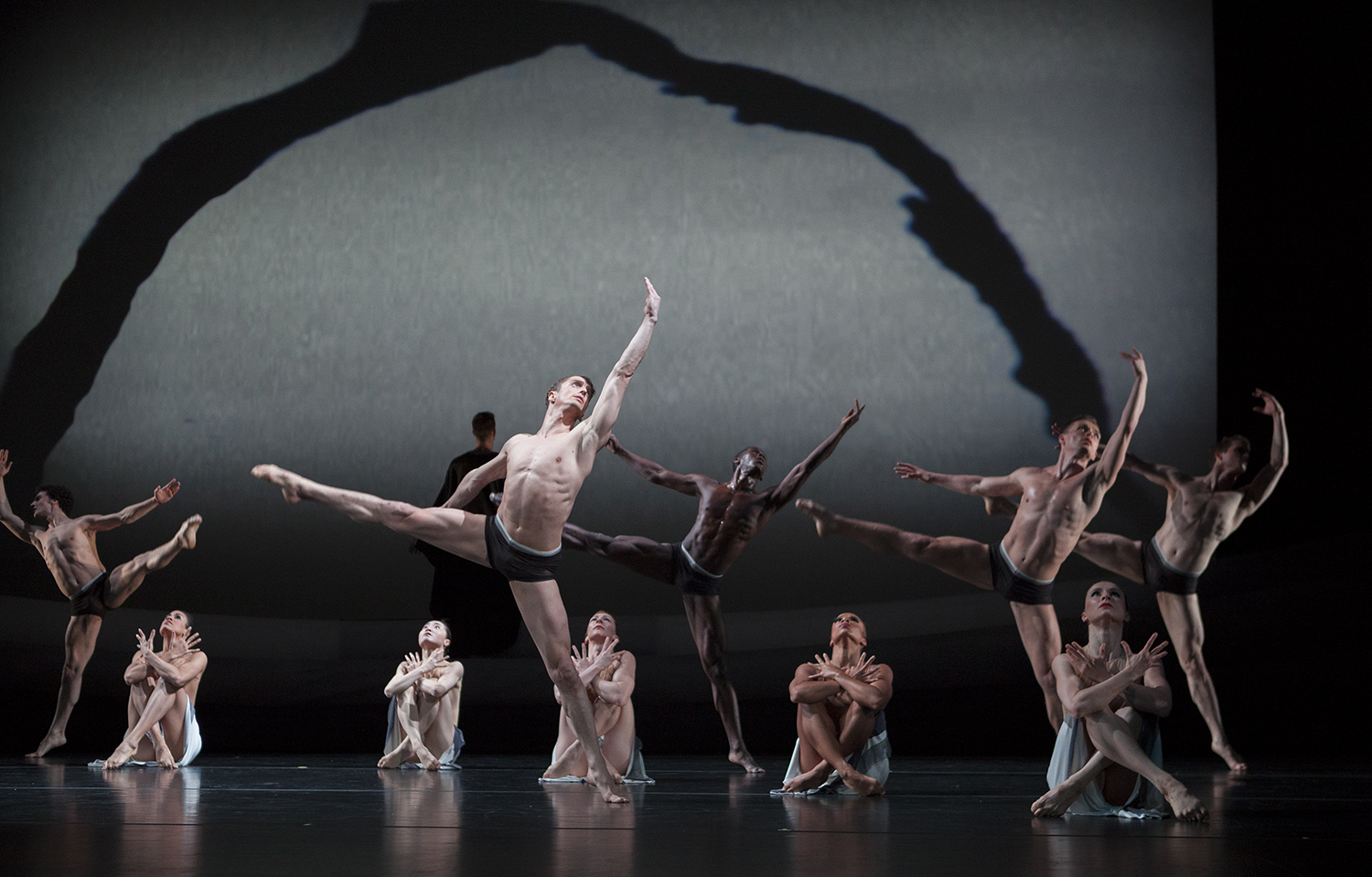 “To me, the body says what words cannot. I believe that dance was the first art.” — Martha Graham

As the founder of one of America’s oldest dance companies, Martha Graham was something of an authority on firsts. In her more than 180 creations, she challenged physical, artistic and aesthetic conventions; she tackled an expansive spectrum of themes ranging from the psychological to the political; and she set a national tone for collaborative creativity through her work with musicians, designers and countless other envelope-pushers of her day. 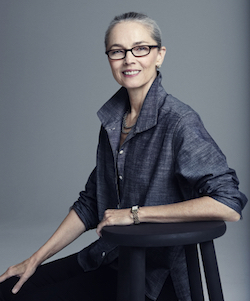 April 18, 2016, will mark the 90th anniversary of Graham’s pioneering troupe. Although she has been gone for nearly a quarter century, her legacy of fearless, passionate modernism lives on, and as is the case for many a revolutionary artist, the reach of her work has only expanded since her passing. This is, in no small part, due to the careful ministrations of the Graham institution’s current leadership, whose artistic and business decisions over the course of the past decade reflect both a reverence for tradition and a bold forward-thinking ethos.

“During the company’s 80th season, we were really trying to find out who our audience was, who we were going to be without Martha Graham, whether we were going to exist… The big questions were still hanging in the air,” says Artistic Director Janet Eilber, a former Graham dancer who stepped into her administrative role in 2005, in the midst of an evident identity crisis for the company. “At this anniversary, what’s meaningful to me is that all of our work over the past 10 years to establish ourselves at the forefront of modern dance once again is coming to fruition. We have this great momentum going into our 90th year, and that’s affirmation that the direction we’ve taken is working; it’s really securing the Graham legacy of innovation and taking it to a new place.”

One notable element of that new place is the introduction of works by outside artists into the company’s repertory, a practice that began in 2007 with Lamentation Variations. Initially intended to be a one-time remembrance of 9/11, for which four dance-makers were asked to craft choreographic responses to archival footage of Graham performing excerpts from her classic solo Lamentation, the project elicited such a strong audience response that the collection of variations continued to grow and now includes works by Larry Keigwin, Lar Lubovitch and Michelle Dorrance (to name only a few). 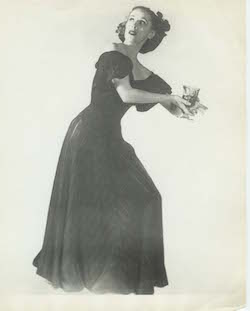 Martha Graham in ‘Deaths and Entrances’. Photo by Chris Alexander.

Today, commissioning is an integral part of the company’s programming vision. The City Center run (April 14-18) will feature five newer pieces — the three latest by Mats Ek, Marie Chouinard and Pontus Lidburg — strategically mixed with four Graham classics to achieve a 50/50 balance of tradition and invention on each bill. According to Eilber, this outward equilibrium echoes deeper transformations within the organization as a whole.

“The big change that LaRue Allen, our executive director, and I have gathered our forces around is this idea that we need to understand and connect with our audiences in a huge variety of ways,” Eilber shares. “This is a shift from the organization being genius-centric — meaning that we had a ‘genius’ at the head of everything, and people flocked to her — to being very audience-centric. When we started on this path, we needed to find out whom we were serving and how we were serving them. We were involved in audience participation studies supported by the RAND Corporation and Knight Foundation, and we learned a lot about our viewers and their desires and what brings them into the theater. We’ve taken the data to heart and taken action, and to see that it’s paying off is very gratifying.”

Like many American arts organizations, the Graham Company is adapting to an ever more digital age, an environment in which patrons are increasingly approachable via social media and web-based entertainment platforms, yet increasingly unpredictable in their appetites for live theatrical experiences. How are the performing arts to compete with on-demand entertainment options that are often made available at low or no cost, especially given that younger segments of the population — those born into a world that placed technology at their fingertips — may not be aware of what they are missing? 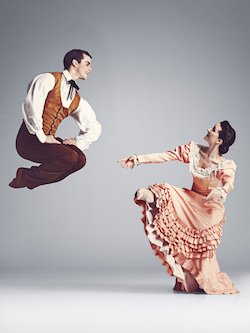 Rather than resist the cultural current, Eilber and her colleagues have developed inventive strategies to translate online engagement into packed houses. In 2009, the Clytemnestra ReMash Challenge invited a global pool of contestants to mix video footage from one of Graham’s most beloved works with more modern multimedia materials to generate original interpretations of a classic creation. More recently, a December 2015 installment of the GrahamDeconstructed series welcomed attendees to bring their own cameras to a hybrid book-signing/discussion/performance event in celebration of dance photographer Lois Greenfield’s just-released monograph, Lois Greenfield: Moving Still. Participants were encouraged to share the images they captured online, to become directly involved in the art before them rather than to remain mere spectators. Furthering this cause of interactivity is a partnership with the Google Cultural Institute that allows public access to the Graham Company’s copious archives via a virtual museum-style exhibit.

“We’re not just trying to reach out to our audiences but are really connecting with them in non-traditional ways,” Eilber asserts. “Of course, we’re using new technology and new media as much as possible.”

But the company is expanding its reach through more tangible avenues as well. “We do a spoken introduction at every performance, we build contextual and thematic programming, we’ve designed authentic Graham experiences for every size venue and budget, we’ve partnered with really diverse cultural educational institutions,” Eilber continues. “This year, we’re working with the New Museum, PS 122 [for the 2016 COIL Festival] and Performa 15, all of these very avant-garde, cutting-edge arts institutions. And we have satellite celebrations going on all over the world for our 90th.” 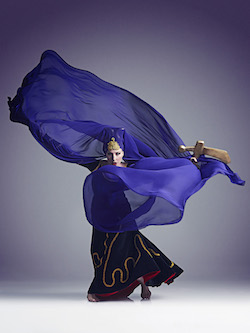 The veritable smorgasbord of events planned in observation of the troupe’s looming anniversary seems endless: an art installation in the lobby of the Paris Opera House, commemorative performances of Graham works by the Paul Taylor Dance Company and L.A. Dance Project, compositions commissioned by the Library of Congress and Jacob’s Pillow Dance — not to mention a five-country tour completed last November.

In spite of the heightened external energy that Eilber and her team have been conjuring of late, however, attention to the heart of the company — its dancers — has not diminished.

“Historically, there’s a change in dancers about every 10 years,” explains Eilber. “Martha Graham loved that. As dancers evolved and their abilities became greater, she would incorporate [those developments] into her work. When we audition for dancers now, we’re looking for artists who have a great range; we make sure that they are open to and can communicate effectively in different physical vocabularies. And the members of our company who have been with us over the past seven or eight years have increased their diversity of style considerably.”

As for the dancers, well, perhaps it’s best to let them speak for themselves:

“To be a Graham dancer and to represent the Graham Company and legacy today is a major honor! It’s also very interesting…something of a dream. Only a select few have danced for the company, worked with some of the masters of the company’s past and performed these beautiful works! It’s amazing. To perform this masterful choreography with beautiful costumes and sets — the process of it all makes me feel as though I am in a great museum, showing the world art in its highest form! 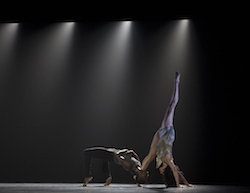 When I joined the company, I was performing only Graham works. I was straight out of school and was new to it all. I think it was great for me, at that time, to be fully concentrated on that repertory. And a couple years later, we were given the chance to work with other choreographers here and there. Now, to have performances that might be half Graham and half new works is so fun! How interesting it is to compare what Ms. Graham created so many years ago to what choreographers of today are creating, to see the connections between the ballets.

I really feel that Graham’s technique, when learned correctly, can build a fantastic dancer. With all the different choreographers coming in now, all with their own styles, I feel as though Graham still contributes in a great way.”

“I am from the National School of Dance in Greece, where Martha Graham’s technique is one of the most important. All of the students participate. I still remember my first Graham class, which I took at the age of 10. I don’t remember the movements that our teachers taught us, but I remember the feeling that I had — the feeling that you can hear your heart and your body filled with emotions. Since the day I started, I have gotten more and more into Martha Graham’s world. 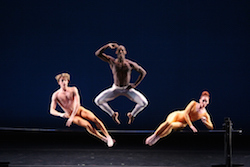 Many years later, I am a part of this beautiful family and sharing these emotions with very special people. To be part of the Martha Graham Dance Company is more than happiness. A lot of Martha’s creations are based on Greek myths and Greek stories, and it is so interesting to see how this beautiful woman gave each of these pieces its own character. It is just wonderful.

Martha gave rhythm to breath, and through her technique, she made clear that simplicity is the most difficult but, at the same time, the most beautiful, feeling. She inspires me every single moment, and this is something magical. I am always finding new paths in her choreography. It’s like water: There is no end! To be on stage and sharing with the audience the treasure that Martha Graham left us — I couldn’t feel more grateful, and it is an honor for me.”