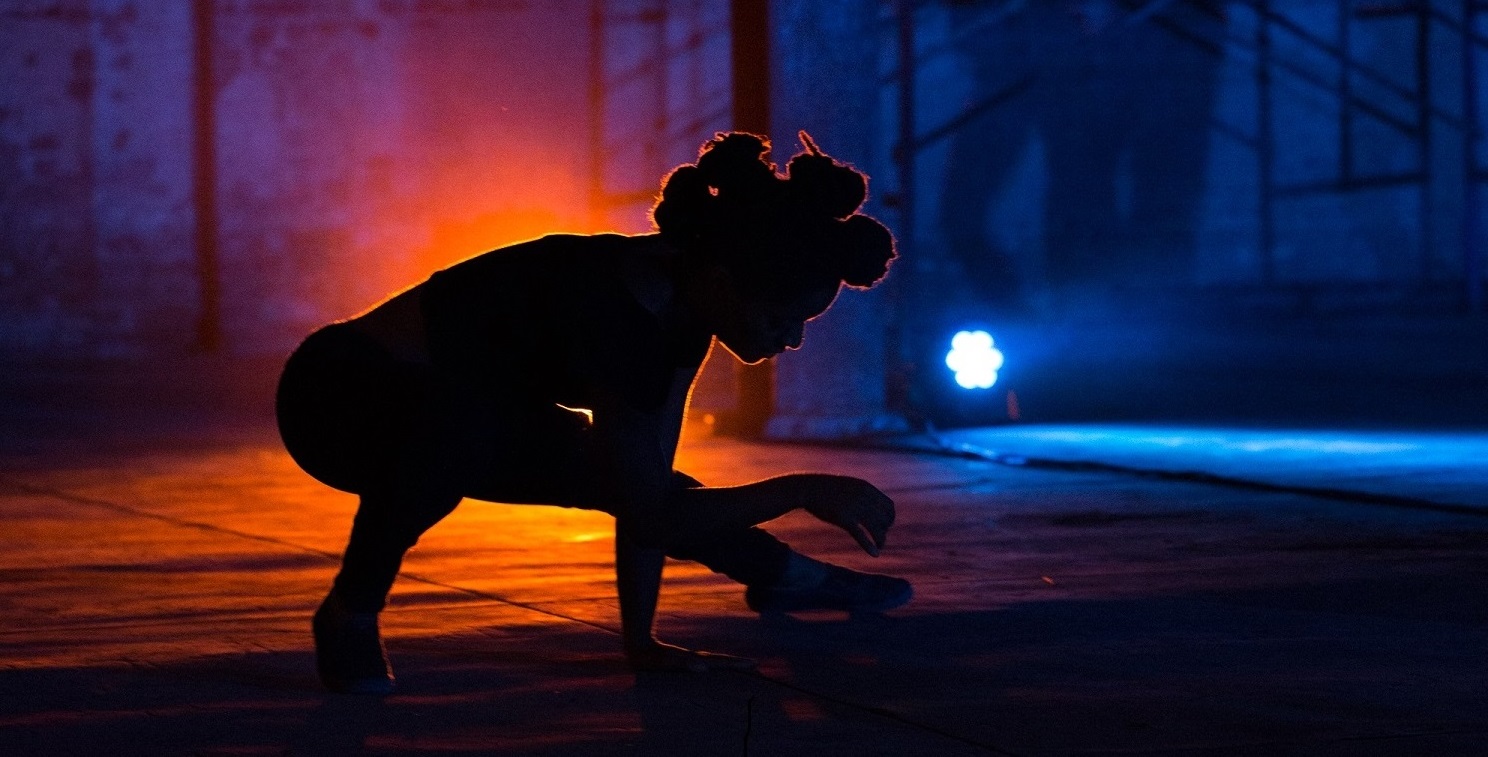 This past Saturday, September 26, marked the fourth installment of CRAWL, a multi-disciplinary travelling arts presenting series. The series, hosted by The People Movers and directed by Kate Ladenheim, seeks to support a community of up-and-coming artists under new models of presentation. Past chapters of CRAWL have taken place at Whitebox Arts Center, Gowanus Loft, and The Invisible Dog.

Saturday’s performance was set in a 10,000-square-foot warehouse in Bushwick. From the street the party atmosphere was palpable. Young and stylish audience members mingled with drinks amidst the dim lighting and music. The program projected against the back wall, soon transitioned into scrolling phrases such as “We Exist.” Eight dancers dressed in black began to fill the space, indicating the start of the performance.

Choreographer Dante Brown’s world premiere of Soapbox (LP) opened the show. Spread out against a stark backdrop of concrete, the dancers began to move slowly, languidly. The audience’s attention was quickly drawn to a car and near it, the movements of Kiki Williams took the stage. An explosive yet liquid performer, Williams drew the audience around her with magnetism. Unsure of where to stand, audience members shuffled and shifted positions, trying to get a glimpse of Williams as she twisted and fell, leaning and pushing off of the car. The other dancers drew in close, piling into the vehicle. As the engine starts, the audience realized they had to move, creating a parade of bystanders as the car curved through the space. 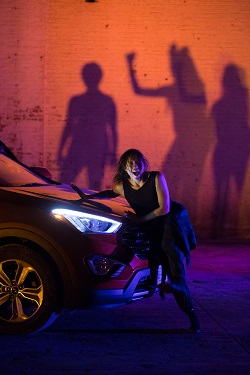 Using mostly popular music, Soapbox (LP) investigated voice and power through contemporary movement. With overlays of hip-hop and jazz, the performers lip synced, yelled, and pushed their physicality to the max. The audience saw couples in distress, pop stars at the height of hysteria, and people engaged in both racial and sexual tension. While at times the context seemed a bit muddled and overcrowded, the exploration of a power struggle was obvious. The ominous slow rolling of the car into the space throughout the work added extra tension to the already charged space.

Brown’s mastery of full-bodied, organically intricate movement was clear, and his dancers rose to the task. Certain phrases could have used some editing to carry the story forward with more clarity, but the audience appreciated the dancers’ sweat and exertion. It’s easy to watch such able-bodied movers strut their stuff.

The evening transitioned into an intermission-like performance of spoken word poetry and music led by E.Oks and Double Ones Musicians. While the audience refilled their drinks and discreetly chattered in the background, E.Oks used written answers from audience members such as “What is something you pretend to be?” as a way to improvise his material. Sometimes comical, often awkward, this interlude continued the evening’s theme of exploring vulnerability within social structures.

The DASH Ensemble closed the program with a re-staging of DASHOW. With text spoken live by choreographer Gregory Dolbashian, the audience viewed intimate scenes of dancers while Dolbashian told a story of growing up within the dance world. The text discussed identity, sexuality and maturation while the dancers, all of the highest contemporary dance caliber, weaved and oozed through the space and each other.

Tension and recoil was evident, both in the actual choreography and in the way the audience interacted with the constantly shifting “stage” of the dancers. One scene here, one scene there, groupings of dancers scattered to find their next place. At times the audience could barely keep up, but occasionally you found yourself up close and personal with the performers, allowing for a brief glimpse into their visceral embodiment of the story.