For many people, the prospect of early retirement is a beautiful dream. But for a dancer, the notion of that final leap from the stage can be downright terrifying at any age. If the impressive career of American Ballet Theatre CEO Rachel Moore is any indication, however, life beyond the footlights is hardly to be feared.

When a severe ankle injury sidelined her from the corps of ABT at age 24, Moore knew that a return to the coveted company position she had trained for since childhood was not an option. Fortunately, years spent hard at work in the dance studio afforded her the patience, determination, and resilience — not to mention the blind faith — necessary to swiftly redirect her focus. Two university degrees (from Brown and Columbia) and a decade of high-profile non-profit management jobs later, she found herself back at ABT, tackling a slew of financial and logistical challenges as the organization’s new executive director.

Rachel Moore in Coppélia with American Ballet Theatre. Photo Courtesy of ABT.

As Moore once again prepares to bid adieu to America’s National Ballet Company (a title bestowed upon ABT by Congress during her administrative tenure), this time to accept a starring role as president and CEO of The Music Center in Los Angeles, she shares her most fulfilling achievements and her hopes for the future with Dance Informa.

On finding passion and making connections

“When you’re performing you’re really in the moment — that moment — and it’s all about connecting with the audience in the present. I think the thing I love the most in my current job is the collaborative process: coming up with new and sometimes crazy ideas with a group of people and then seeing those ideas put into action. It’s incredible. As a performer, I could see and feel that I was giving something to the audience. Now, working with all these programs and collaborating with different groups to make things happen, I still feel that I’m making changes in the lives of so many people. That’s really thrilling to me.”

“Whenever there are limited resources, you have to make tough choices about what you spend money on and what you don’t. We survived the 2008 downturn and came out on the other side with a really first class product. None of us at ABT had encountered that type of event because the economy hadn’t been hit so hard since the 1930s, but that experience proved that we could weather a storm and continue to move forward.

When you’re an artist, though, you only see these things in terms of how they affect your work. In 2008, we didn’t have as many new works as I would have liked, and we may have done more Swan Lakes than was ideal. But we made decisions that were meant to ensure everyone had a job five years later. When you’re an artist, you don’t necessarily have access to that whole picture.”

On lofty goals and big wins

“When ABT was named the national company by Congress — that was a huge career highlight. And in touring to Cuba and the Middle East, we were really breaking barriers. People were so happy to see us. Those were just incredible experiences. Also, seeing the teacher-training program and Project Plié take off — seeing how meaningful these things have been to people and that we are really changing the cultural landscape has been exciting. Working with [Alexei] Ratmansky has been amazing, too. Seeing the process of creating new works (like the new Sleeping Beauty) then being there on those opening nights and seeing the productions come to life were really awesome moments.” 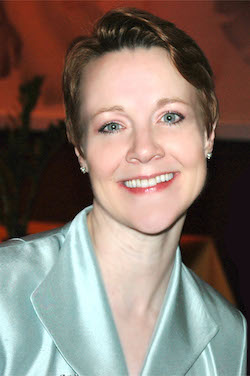 “While I love ABT and could have envisioned myself being here for longer, the notion that I could work with other art forms — the LA Philharmonic, the LA Opera, touring Broadway shows — along side dance was intriguing to me. I’m not stepping away from dance, but this kind of move will allow me to expand my experience.”

On making the right entrance

“What I will do initially [when I get to The Music Center] is a lot of listening. The Center really wants to broaden its audience and expand its scope, and that will take a lot of attention. . . On a large-scale strategic level, there’s a need to develop the brand and the vision. I’m interested in exploring how The Center plays a role in the community of downtown Los Angeles and how that role extends to other communities in Southern California and beyond. . . I think it’ll be fun to work on the education component, as well. Through arts education, you can touch so many people.”

On not REALLY saying goodbye, and LA’s thriving arts scene

“ABT has long been traveling to The Music Center every other year, and [in addition to bringing Ratmansky’s Nutcracker to LA this December] the company will be returning with The Firebird in the summer of 2016. The great thing about having the new ABT school [which opens in September] out there is that it will increase quality training, while having The Nutcracker will help build our audience. . . With every trip west, ABT has seen more diverse, younger audiences. I think that’s great. There’s this new energy in Los Angeles, in large part because housing is cheaper out there, and artists can get more for less. With the downtown revitalization, the influx of 20 and 30-year-olds is actually creating a new heart for the city. It’s very exciting to be a part of that.”