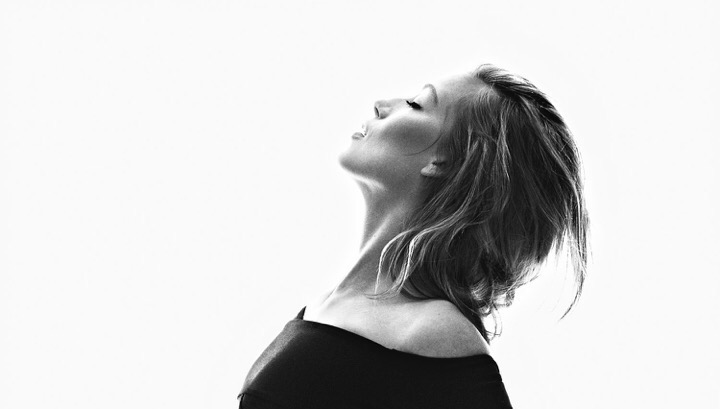 American ballerina Keenan Kampa has it all – the classic Balanchine look (long legs, tiny waist, thin neck and small head), the exacting and precise Russian technique and the passion for movement and expression. She also has a natural knack for acting – which led her into to her biggest role to date playing Ruby in the new dance-driven movie High Strung, which is set to be released in January 2016.

You might know that Kampa, a native of Virginia, studied at the world-famous Vaganova Academy in St. Petersburg, Russia, becoming the first American dancer to do so. You also might have heard that later she was offered an opportunity to join the Mariinsky Ballet after dancing with Boston Ballet under the leadership of Mikko Nissinen. However, here are some fun facts about this now L.A.-based ballerina and actress you might not know. 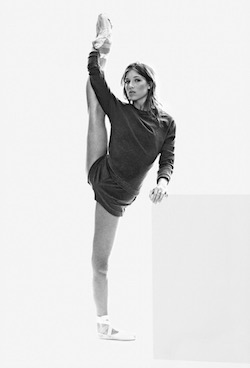 While chatting with Dance Informa in Long Beach, CA, recently, Kampa divulged, “My first ballet class actually started with me in a stroller!” Apparently, her mom and her were waiting for her older sister outside of her ballet class when Kampa, age 3, secretly unstrapped herself and “waddled” into the classroom. Her mom, who had looked away for a moment, was surprised to find her gone.

Kampa laughed as she talked about the incident. “My mom apparently started freaking out. When she ran into the studio she started apologizing to the teacher but the teacher said, ‘No, no, no. Let her stay. She wants to be in here.’ So I stayed and that was technically my first class, even though I was much too young to have recollection of it.”

Keenan Kampa is one of four children in her family.

She has three sisters, an older one and two that are younger. “The youngest is adopted from Kazakhstan, so she’s actually a good 10 years younger than me. We’re all very close though,” she shared. While she grew up dancing with her older and immediately younger sister, she’s the only one who “kept at it.” The oldest is now a poet and the younger one is in culinary arts.

Right after “ballerina” and “actor”, Kampa describes herself on her Instagram as “Vegan.” She loves to eat healthy and ride her bike everywhere, a habit she picked up in Russia. She’s so into health that she’s actually pursing a degree in sports nutrition right now. So I guess I shouldn’t have been surprised then when she said her favorite rehearsal snack is Elemental Superfood Bars, which she described as “raw, buckwheat granola bars.” 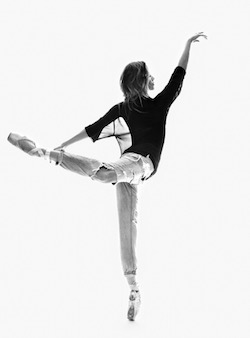 When in Russia training, she came to appreciate the notorious Russian ballet masters and their infamous toughness.

“The accent, the language and the frequent screaming is scary. They totally earn their reputations there!” Kampa confessed. “But their toughness is because in Russia, ballet is a very serious art form. It’s not just something you do because you want to and it’s fun, it’s because it’s a historic art form that’s been preserved for generations. And they intend to keep it that way. There is a degree of excellence they expect you to achieve…”

She continued, “The thing you have to realize to make it is that their intention is usually very, very good. That intention and cruelty is actually for your own good – or at least that’s how they see it. So I actually learned to really, really appreciate their way of teaching.”

Kampa is both a strong turner and jumper.

“I’ve always thought I was a stronger turner because I’d always be spinning. But then when I moved to Russia jumping was one of the things they always looked to me for as one of my strengths. I honestly can’t say that I enjoy one or the other more,” she said.

She likes to wear gauze inside her pointe shoes.

But depending on the repertoire she’s doing, she might wear Bunheads Ouch Pouches or tape her toes with “some silicon Dr. Scholl’s.”

Physically, she’s usually stronger on her left side.

She combatted that in Russia by trying out various exercises. “I spent a lot of time looking at myself and adjusting. There were tons of exercises I did to help compensate for the weaker muscles,” she said. She used a Pilates ring often and did a lot of inner-thigh and back exercises to help get her arabesque higher. 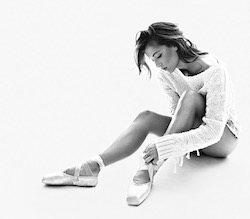 When asked about her most embarrassing onstage moments, she laughs. Her stories are proof that even the best ballerinas still stumble sometimes.

She also notes the popularity of pranks between dancers, especially during long show runs. She recalls one time where her partner purposefully unsnapped the back of her costume.

“I was bowing with my partner in Russia and he took my costume and undid the clasp as a prank – we were always playing pranks on one another. I had to bow very carefully, needless to say. It’s funny in a company how many dancers play pranks, especially when you’re in a run of say 45 Nutcrackers.”

Her favorite work is what led her to love acting.

When asked about her favorite work, she recalled a premier ballet that was set on her at the Mariinsky. “It was based on the Oscar Wilde play of La Salome, which is about the Biblical story of John The Baptist, Salome and King Herod. I got to play Salome and the whole process of having that role set on me was really interesting,” she said. “To play that complex of a character where you go back and forth between loving and hating her was interesting. She’s both innocent and brutal, which made her portrayal challenging.”

This role was what revealed her love for acting, Kampa divulged. “It was one of the most emotional experiences I’ve ever had on stage. I actually started crying at the end because it’s so moving. She ends up dying at the end and it was such a quiet moment, such a distinct memory now. I felt so connected to the audience. I really sensed that they were there with me in that moment…” 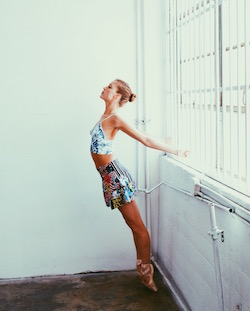 “I love her so much. She was such an important ballerina. She’s one of the first ballerinas to really show some of the extreme things that we can do with our bodies. She’s so creative.”

Her grandfather was her best friend.

“He just passed in January. He left me a ring and this necklace. I wear them all the time. He was in the Marine Core,” she said.

If she wasn’t a dancer or actor, Keenan Kampa would be…?

“When I was kid I thought that if I wasn’t going to be a professional ballerina, I was going to be an athlete in an Olympic Decathlon or a major league baseball pitcher. I love anything athletic, I really do!”

As a dancer who studied in a big city far from her family, Kampa can sympathize with her character, Ruby, in High Strung in more ways that one.

“Looking back at where I’ve been with dance, I can see a lot of myself in her. I can see how I’ve grown and matured since then into a more confident and assured artist. It was interesting to remember that age, where you’re choosing to step out and really reveal yourself as an artist,” she said.

She describes Ruby as an “optimistic” girl who still has the world at her feet. “She’s completely in love with the art form. She’s a beacon of hope and light,” Kampa said. 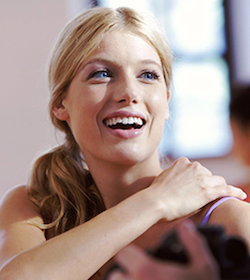 Her favorite part of working on High Strung was the community of dancers she got to work with.

“The whole experience was so much fun! I made such wonderful friends and it was such a fantastic experience,” she exclaimed. “Even for the weeks we were deep in rehearsal, it felt like a party! Just to look at each person there and see their individual talents was really cool. I think this is a really unique and special movie that will touch many different people.”

She hinted that dancers should especially look forward to the subway dance scene and the finale – two of her favorites.

For more information on High Strung, visit Highstrungthemovie.com. To keep up with Keenan Kampa, follow her on Instagram at @bkeenie.