The highly anticipated new dance drama High Strung is set to hit the big screens across the world in January 2016, according to Director Michael Damian. The film was independently produced but was recently scooped up by Alex Walton’s sales company Bloom just in time to be introduced at the Cannes Film Festival in May. It features more than 60 dancers hailing from London, Paris, New York and eastern Europe and stars lovely American ballerina Keenan Kampa and charming violinist Nicholas Galitzine as the leads. 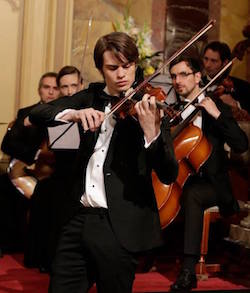 Dance Informa recently caught a sneak peek of the film at an exclusive screening held at DancerPalooza in Long Beach. It follows ballet student Ruby (Kampa) as she starts training at a prestigious performing arts school in New York. Ruby soon collides with fresh-off-the-boat British violinist Johnnie (Galitzine), who is playing in the subway for spare change. As expected, a romance ensues, but not without drama and struggle.

In the story, Johnnie finds himself desperately in need of a green card and income. Ruby comes to his rescue with the perfect solution – a strings-and-dance competition offering the winner $25,000 and a student visa to stay in the U.S. Without giving too much away, viewers can expect many wonderful, exciting dance scenes to be sprinkled in between a story line of romance, jealousy, drama and redemption.

To give you the inside scoop on the film’s choreography, Dance Informa recently chatted with High Strung choreographer Dave Scott, known for his work on Step Up 2: The Streets and So You Think You Can Dance. (You might have seen his hip-hop choreography on dancers Neptune and Alexia set to “Flex (Ooh Ooh Ooh)” by Rich Homie Quan on the SYTYCD Top 16 episode recently.)

Dave, you have worked on so many dance films – from You Got Served in 2004 to Step Up 2: The Streets in 2008 (winning awards for both) plus Fresh, Stomp the Yard, Dance Flick and Coach Carter. What about this film was different? 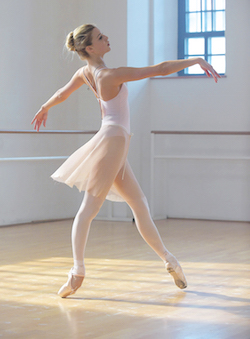 After this project, now when I hear the cello or the violin, I’m envisioning movement. Before I never responded like that.

This movie was also really different because I got to choreograph ballet. I also choreographed contemporary and hip-hop scenes, but that was my first time with ballet. And all of it came together and I was able to structure it in a way that made sense.”

How did you go about conceiving the ballet scenes when you don’t have a classical background?

“Well, Keenan Kampa, the lead girl, is absolutely brilliant. She’s phenomenal. So I literally was telling her what I wanted to see and what I wanted it to look like and she made it happen beyond words.”

That’s fantastic! I’m sure her background from Russia’s prestigious Mariinsky Ballet came in handy. So, where were most of the scenes filmed?

“The plot is set in New York but almost all the major scenes were filmed in Romania.”

Why was that location chosen?

“Well, the film was being independently funded and honestly, it was cheaper to shoot there! [Laughs.]” 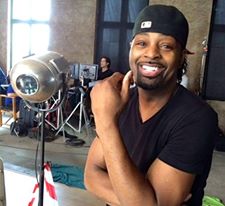 Did the location influence the dancers who were chosen to work on the film? How did you select them?

“Well, I got to audition dancers in L.A., London, France, Romania and NYC. I knew some dancers that I already wanted, but auditioning was great because I met others.”

The film’s tagline is “See the Music. Hear the Dance.” Overall, would you say the film is more about dance or music?

“It is dance and music married together… yet, at the same time, it’s not a mish mash. It’s not a big mixture of styles and sounds. It’s all these separate art forms being put together and honored individually… One of the film’s strengths is that it highlights classical music. I bet those dancers who watch this will be moved to start listening to classical, to start choreographing to the violin. I think it will influence many people.” 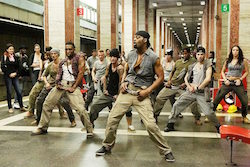 So why should dancers and both non-dancers alike see this film?

“I think everyone should see this film. It will touch every emotion on the spectrum. From music to dance, emotions are felt through the characters’ art and their relationships. It shows the struggle in training and working hard for something, as well as the journey of falling in love. The story really captures all your emotions.”

For more information on High Strung, head to http://highstrungthemovie.com.

Be on the lookout for interviews with lead ballerina Keenan Kampa and hip-hop dancer Marcus Emanuel Mitchell (who plays Hayward Jones III) in future editions.